I’m scratching my head on this recent BaT auction. Well documented restoration by a reputable shop. Well cared for. Involved seller. Not a lot to disparage, other than tach and speedo. The swap to the later synchro box can be construed as a plus. Mostly positive comments from the peanut gallery.

We’ve seen other cars not this nice going for higher prices recently, so why did this appear to miss the mark? Time of year? Inflation? Covid malaise? Coincidence of timing with physical auctions? Exterior color? Model year? Unsavory PPI? Or did I miss some glaring blemish? 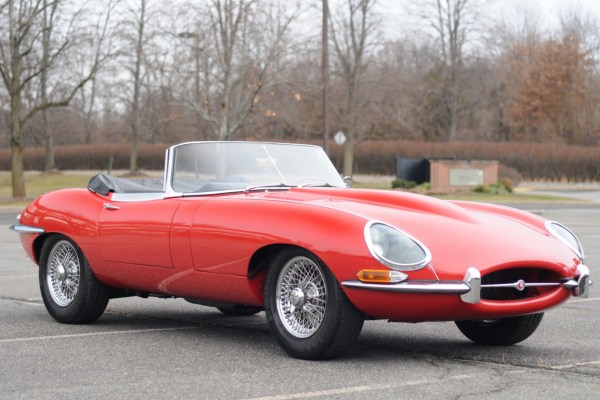 Bid for the chance to own a 1963 Jaguar XKE Series I Roadster at auction with Bring a Trailer, the home of the best vintage and classic cars online. Lot #64,407.

Oh my. What would GTJoey say?

We’ll find out, in a few days.

All of the above. People are feeling less flush and less “stimulated”. Plus they think Covid is winding down so they’re less anxious for an expensive stay at home hobby, plus the economic malaise is starting to trickle up to the middle and upper middle classes finally, both income and investments. Caution is the word of the day. I’ve noticed it happening with instruments as well. The things that are priced high are just sitting there for 6 months instead of six days.

Maybe the question should not be why this one did not go higher, but why the others went as high as they did.
Tom

I guess I think the opposite - I think the seller got very strong money for a good, but not great car. It’s fairly nice and looks to be a solid driver without drama, but it seems that there is something in almost every picture that is just either off or a bit scruffy.

Could you please point us to any of the cars you think were not as nice which sold for more? Just curious, because I can’t think of any.

This is arguably just as nice but with not as much documentation, and went for $10k more a month ago. Maybe because better color (?): 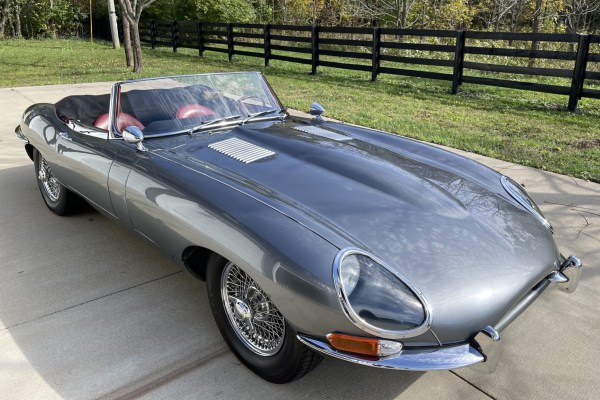 Bid for the chance to own a 1964 Jaguar XKE Series I Roadster at auction with Bring a Trailer, the home of the best vintage and classic cars online. Lot #62,071. 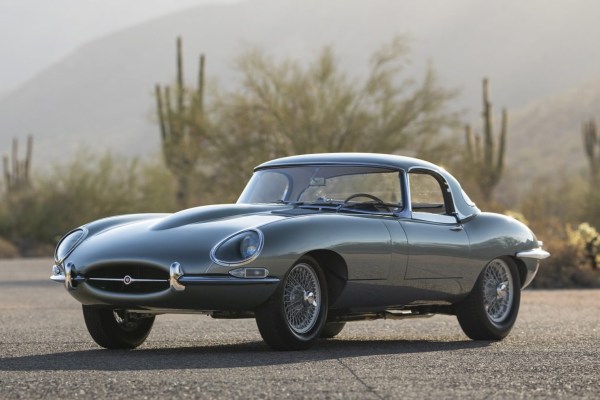 Bid for the chance to own a 1964 Jaguar XKE Series I 3.8 Roadster at auction with Bring a Trailer, the home of the best vintage and classic cars online. Lot #52,445. 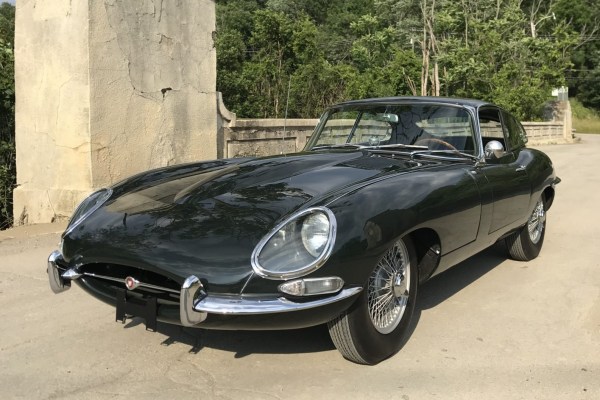 Bid for the chance to own a 1962 Jaguar XKE Series I 3.8 Coupe at auction with Bring a Trailer, the home of the best vintage and classic cars online. Lot #56,266.

Tom, I’d take any one of these three, hands down, over the red one, for reasons that most may not understand! My favourite would be the $270,000 car, I think it should’ve went higher!

I’m with unclmank. The car was certainly a nice example, no major flaws to speak of, and $175k is hardly a low number by most folks’ reckoning, but those other cars Tom has cited were all bound to sell for more than the red car. Here’s my two cents worth on what held it back:

Colors. Red on black is not historically a high dollar combination. Black on red, on the other hand…

Execution. As mentioned, although the work was done by a reputable shop, the attention to detail just didn’t seem to be there. Fit and finish of the interior, bits and pieces under the bonnet (ex. JC Whitney-esque plug wiring), glossy black undercoating, Frankensteinish bodywork, and why not fit a 5-speed if you’re gonna replace the Moss gearbox? Compared to the cars cited, the subject car falls a little short IMHO.

Presentation. To get past the $200k mark not only must the car be special, but also the setting and photography need to be at a higher level.

Timing. We just saw a couple of duds - the duplicate VIN maroon OTS fiasco and the green FHC S1/S2 hybrid RNM deal. Those may have dampened buyers’ enthusiasm, maybe? The stock market hasn’t exactly been inspiring confidence lately, either.

All things considered, I’d say $175k was realistically all the money for that car.

but also the setting and photography need to be at a higher level.

I would certainly pay a lot more for that!!!

I guess that shows how shrewd you think the BAT bidders are!
Tom

There’s a lot of little things about that car which I wouldn’t want to accept. And since 2004 it has apparently covered less than 100 miles.
Wouldn’t it need to prove itself a little more to be worth that kind of money? I think the seller did well.

Ok, setting and photography should be a non-issue, but it’s an intangible factor that’s impossible to quantify. I submit to you that the finest cars merit the best possible presentation, and bidders’ enthusiasm usually reflects this.

Hagerty shows a #3 1963 OTS value as $94.6K, so this car went for close to twice that. Admittedly, it shows a #2 as $252K, which seems inconsistent with the #3 number. I think something went awry with Hagerty’s numbers for 63-64s in the past couple of years as their valuations dropped precipitously and is now returning towards the earlier levels - maybe just not enough volume to work with. Anyway, back to this car. I thought $175K was more than enough. Though the latest restoration was done by Terry LIppincott who has a great reputation, I got the impression that it was done to a price, and as a result corners were cut. The interior fitment is poor, and the aluminium dash panels are the wrong pattern for the year. The bumper rubber fitment is bad also. And, though I hope I won’t offend folks here (I know, I will), red over black is nothing special on an E-Type IMO. The three alternative cars you listed all look better to me…

David XK
Take a look at the Hagerty values again. You have correctly stated what appears on their site but a FHC of the same year and condition is listed at $143K. Did somebody reverse things or am I missing something?
I also agree that Red over Black is not an ideal combo for a high dollar example.

You have correctly stated what appears on their site but a FHC of the same year and condition is listed at $143K. Did somebody reverse things or am I missing something?

Very interesting. I hadn’t looked at the 63 FHC valuations for a while, so I don’t know if this is consistent with past valuations or not. It certainly looks odd. It isn’t helped by the fact that Hagerty seem to have done a revision of the format of the graph display, so now there is no $ scale on the y axis, or time scale on the x axis. They appear to have done a major change to the interface for the valuation software, and it doesn’t appear to be ready for prime time yet. The data they are using doesn’t appear to have changed, so maybe FHC valuations have really overtaken OTS for the 63-64 years. Their numbers indicate an 80% increase in FHC valuations for these model years in the past 12 months!

I too am beginning to have some serious doubts if the Hagerty valuation folks are up to snuff. I posed some questions about info and sources for a model overview posted in their valuation section. I feel that all I got was lip service and arrogance in response. Not at all what I was expecting for a 22 year customer who has never made a claim. I have always heard good things about their claims response so I hope that is going to remain consistent with what others have reported.

Maybe a combination of factors: First was “the duplicate VIN maroon OTS fiasco”, followed by the market correction. If you can afford to spend six figures on a hobby, you probably just lost the same amount in the market. Bad timing for the seller?

Hagerty just merged and went public with a SPAC headed by Rob Kauffman ( one of the founders of Fortress Investments) and a real first class car guy. Hopefully, if there are problems or things needing updating he will take care of it.