I just got in trade a 1947 Mark 4 3.5. It is in fair condition for sitting for over 44 years. It had been stored inside in the exact same spot for at least 40 years. It has a flat head six cylinder chrysler engine installed. Other than that all appears to be original Jaguar. I have been into old cars for many years, this is my first Jag. Looking for advice, manualsand any help that I can get. Thanks jamesdeath

Does it retain a the original 4 speed manual transmission?

Welcome James. Tell us all about it. What is the chassis number, engine number, body number? You can post pictures here by clicking on the box with the up arrow and following the prompts.

Yes, the transmission appears to be original as does the rest of the drive train.

The engine number is for a 1953 chrysler I will post that number next week. Where would I find chassis and body numbers?

There should be a plate containing engine, chassis and body numbers mounted on the starboard side above where the rear bonnet catch is located. If this is not present then you might see a small embossed label near to the same location that has the body number on it. 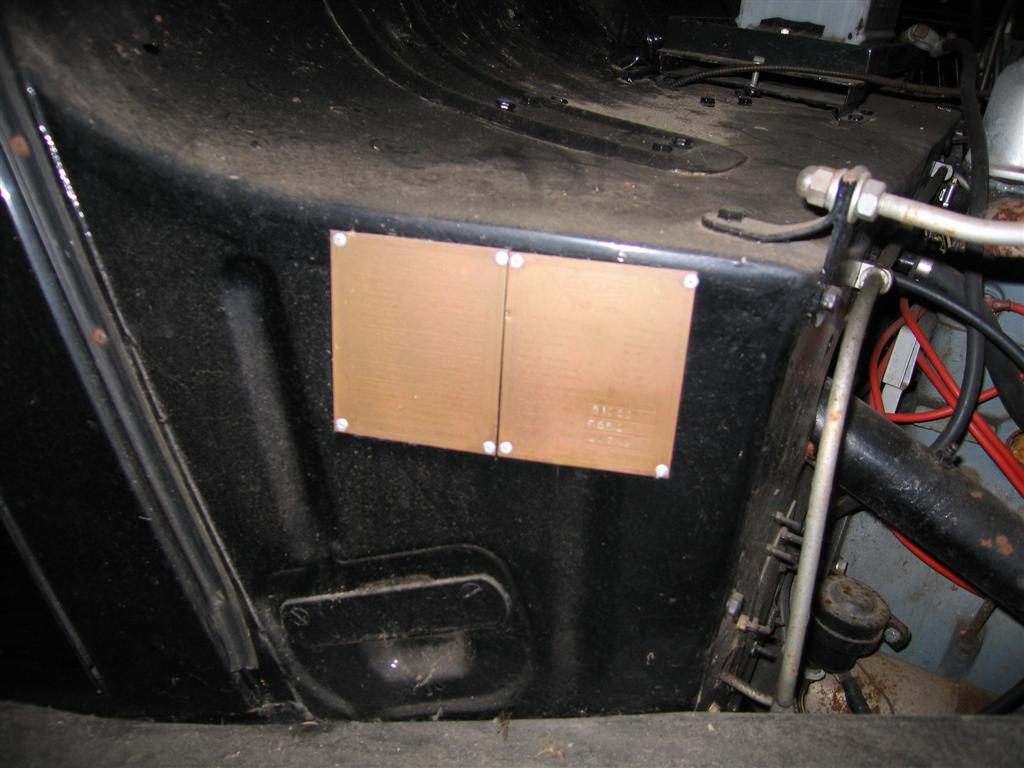 The chassis number is stamped on the port side on the outside chassis wall just above the front spring shackle. 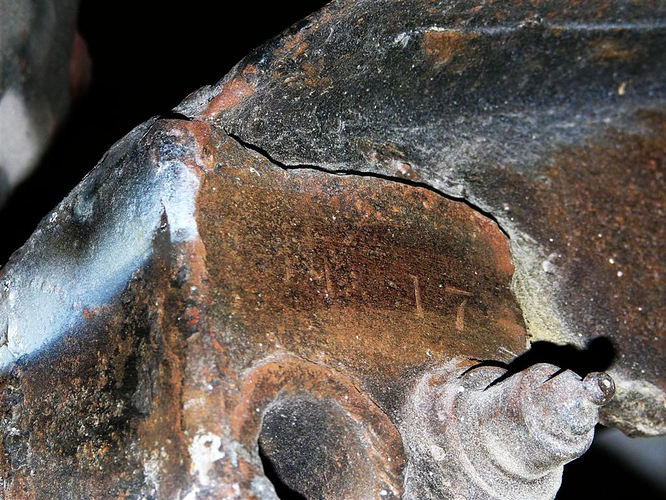 The engine number is for a 1953 chrysler I will post that number next week. Where would I find chassis and body numbers?

I don’t know that any of us on this forum know all that much about early Chryslers, although we will try to help. Pictures of any engine conversion are always interesting to see.
We are really more interested in the original Jaguar engine number, as sometimes we can learn things by tracing patterns in how engines were assigned to different cars. It will be a letter and some numerals; for example mine are L205 and T8911.
The chassis number is 5 or 6 numerals; mine are 40051 and 627933.
We can direct you to service manuals and parts catalogues when we are sure what specific model you have.

Thanks for the data location. I will look. I will take pictures of the adaption. It looks seamless.
The engine was removed about 50 years ago at least three owners back. I have found out that the engine is a 1953 218 ci. I would rather have an original Jag engine, but this is what I have and am moving forward to putting this beautiful car back on the road.

The vin is D611044. I drove it yesterday morning, first time that it has moved under it’s own power in over fifty years.

I think the Chrysler engine makes your Jag more interesting, given it seems to have been done “back in the day,” when such lumping was fairly common and often as a result of parts not being easily-sourced for these “funny furrin cars.”

That’s great! 611044 is a 3-1/2 Litre RHD saloon, made in 1947, the 1044th of 3606 made in that configuration. The D indicates it is a saloon, though is usually prefixed to a 4 numeral body number rather than a chassis number, which is odd, as I would have expected it to have a Bxxxx body number. I would expect the original engine to have been an S serial number. 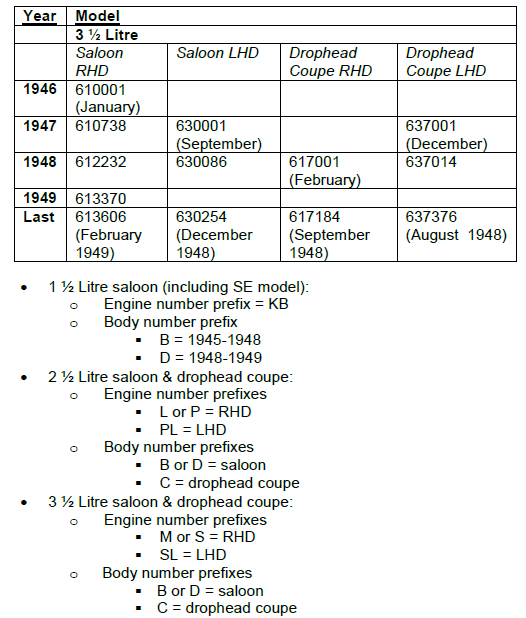 The whole car is very interesting. I just ordered an owners manual. I am looking for a spare wheel. I think the size is 5.5x18, splined, knock off.

Rob, it seems that you have access to records that I don’t. Here are photos of the plates on my MK V. Can you give me the same info as above?
Wayne 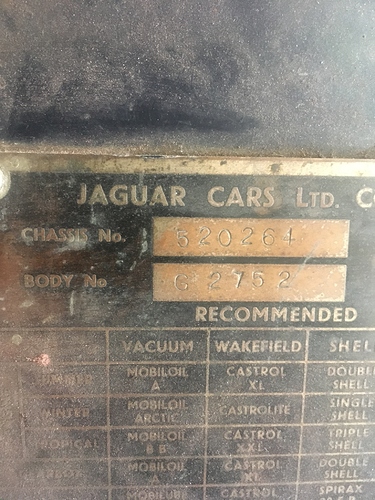 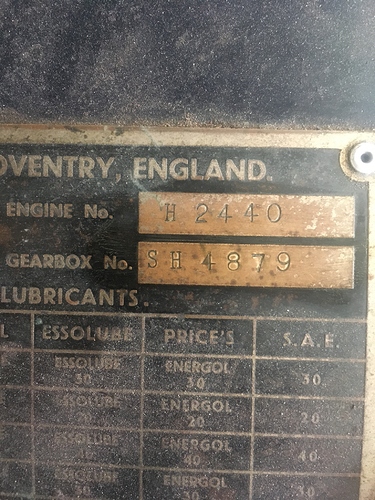 Not quite the same data as Rob’s. This is for SS and MkIV not MkV.
http://saloon.collectordata.com/gallery/zoom/?id=278082
Peter

Production figures charts are actually available on the JDHT web site.
Here is for Mark V. 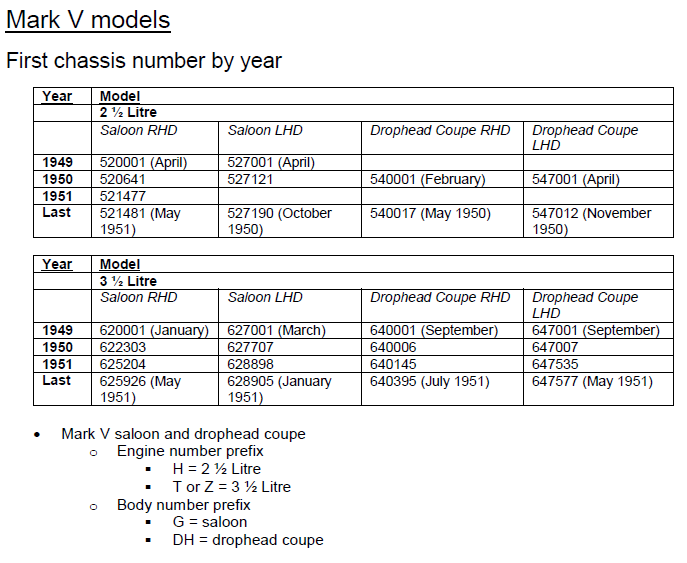 Hey Rob, thank you for that. It’s nice to know info on my cars.
I saw somewhere on this forum site that someone had swapped their tranny for a MK 7 or 9 which had an overdrive. Being that my engine is a 2.5 I was thinking that an overdrive might help the “little” engine on long drives.
I’m still searching for std. big end rod bearings. One set is scored. I talked with Walt from out west who rebuilds Jag engines and he said that scoring isn’t the end of the world. Scored bearings just means that there is more space for oil to hang. If I can’t find new ones, swap the top one for another set’s bottom one and if I want to go farther, have them coated. Talked to Calico Coatings and for $40 they will coat the bearings with some sort of modern snake oil which is used on race cars to elongate the life of bearings in the “engine destroying world of racing”. Of course I’d rather have new bearings but I’m not going to pull the crank and have it turned to fit available oversized bearings.
If any one here has a line on Glacier S7583M bearings, please let me know!