https://www.vintagecarparts.co.uk/categories/vintage-car-parts-coachfittings-and-body-parts-bonnet-catch
Search part 403. They seem to have about 5 versions.
Which leads to a new question.
My '38 has chrome knobs but brass bases. Is that right for '38? 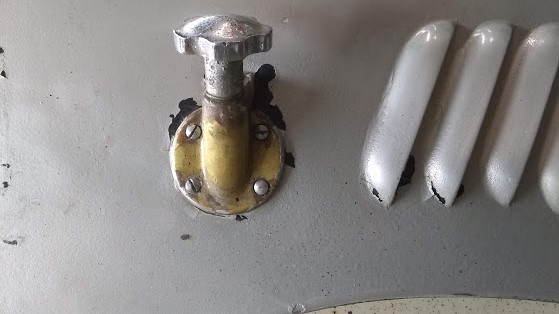 I don’t know but period photos would suggest that the bases were chromed. 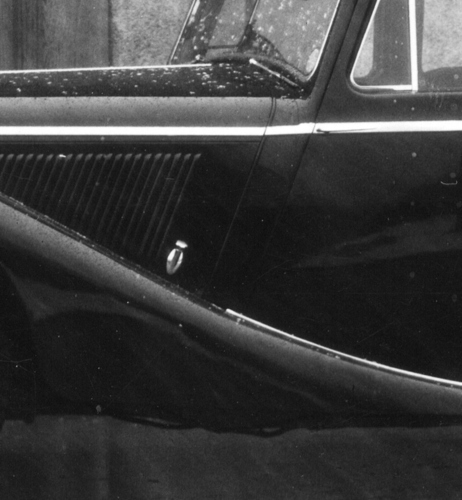 I’m sure my '47 has a painted base. I’ll check tomorrow and confirm.

The MKIV’s had a body coloured base and chromed knobs.

Possibly relevant is this statement I found in a Lucas catalogue dated 1951.

When did nickel first begin to be in short supply?

When did nickel first begin to be in short supply?

When they ran out of Dimes? Sorry Rob, I just couldn’t let that slide past - Ha Ha!

Good one. I didn’t know you knew what a nickel and dime was in Australia.
Seriously, I once overheard some tourist children from England that were very confused about our money, because the dime doesn’t say 10 cents on it, and is smaller that the 5 cent piece, and the quarter doesn’t say 25 cents on it.

Various materials were in short supply after WW2, and we’re restricted/government allocated to manufacturers who prioritised export, as was indeed the case with Jaguar and decision to enter the USA market. Certain materials such as Nickel were restricted from 1945, but restriction was further strengthened in c1951, thus amongst other things a short period of xk120 taillights were body colour painted and not nickle/ chrome plated.

I suspect this is also reason, Mark IV starting handles no longer had a nickel plated swivel grip, despite pre-war being plated

Worse than odd sizing of your coinage is the fact all your dollar bills are the same size regardless of the number they represent!

Yours are different sizes? I never knew that.
Even worse, we have 1 dollar coins of 3 different sizes, though all of them have proved to be unpopular and not often seen, but I wonder if the automatic money collecting machines are programmed to recognize them.
And to bring this thread back to the subject at hand, our 5 cent coin came to be called a nickel because at one time it was made of nickel when our other coins were copper, silver and gold.
I don’t know how the penny got its name but it predates William the Conqueror. Over to Peter…

And to bring this thread back to the subject at hand

Perhaps one little stray… Just as your posting came in, I was reading in the book “Strangers on a Bridge” by James B. Donovan about the FBI’s “Hollow Nickel Case”.

Quoting from the web:
“The word “penny” and its variations across Europe, including the German “pfennig” and the Swedish “penning,” originally denoted any sort of coin or money, not just a small denomination. In fact, Great Britain is the only country to have a denomination that is officially called the penny. In the United States we have been calling our one-cent coins “pennies” for centuries, largely because our one-cent coin was inspired by the British penny.”

Thank you Rob!
I believe I have found what I need. The 1948 DHC’s were all chrome and the Saloons had the catch base painted with a chrome knob.

The 1948 DHC’s were all chrome and the Saloons had the catch base painted with a chrome knob.

Why would that be I wonder? I don’t believe that Sir William would have made such a financial concession as to do them separately.

Chrome is probably more durable than cellulose paint (though not necessarily two-pack) so I guess that most contemporary owners would opt for all chrome for that reason as well as aesthetics? I’ve had the bases on my bonnet catches painted body colour in two-pack.

In fact, Great Britain is the only country to have a denomination that is officially called the penny.

It gave rise the expression, “Spending a Penny”, which is not commonly used nowadays, however I still occasionally hear it used by more genteel ladies of riper years.

We can’t forget the wooden nickels that people we were warned not too accept back in the early 1900.
Indian head on one side, and a buffalo on the other. Before my time of course.
Daniel

Most of the '38 - '40 Saloons and DHCs in Allan Crouch’s book look they have body-color painted bases (including BUT 7 on p.74)

Most of the '38 - '40 Saloons and DHCs in Allan Crouch’s book look they have body-color painted bases (including BUT 7 on p.74)

Yes, that’s true but interestingly not on Allan’s own MKIV DHC! I too looked through his book and was surprised.