My comments on #672623 on BaT have been disabled being deemed insulting. I was seeking proof of provenance with the owner. I called JK Restorations and Barris for confirmation of the Gable ownership info on the ads but neither could supply it. I have enlarged the photo of Gable with the car in the gallery which show it to be a 1949/50 model not a 1952. Can anyone supply definitive proof that #672623 was ever owned by Clark?

When I saw that on BAT yesterday I had questions too as that’s certainly not 670003 Gable owned.

I reasoned it must have been a later one he owned as well.

This page from a previous sale seems to answer a few questions and Hyman may have more info. 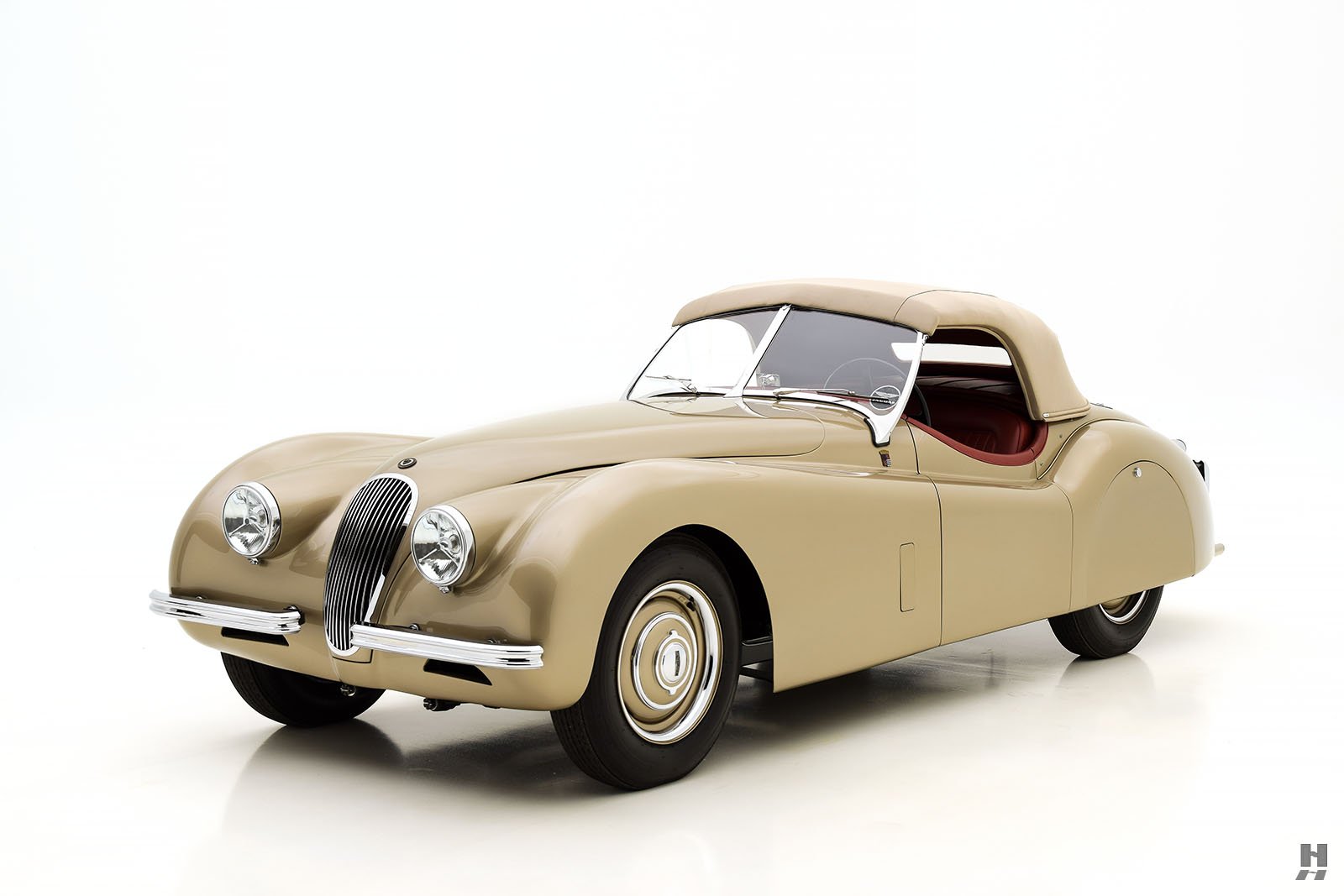 I thought that the Clark Gable 120 was in the Indianapolis Motor Speedway museum? Is that a myth? They have an early (~49-50) 120 that is periodically on display.

As it happens there’s one there too.

The one at Indianapolis was gifted to him and it stayed there, not sure if he ever drove it.

This third one he reportedly bought new and immediately took it to Barris to be customised.

noting facts and telling the truth usually is deemed insulting.
B&W pic in gallery with Carson roof is an alloy car

I told Hyman when they had it that it hadn’t been owned by Gable. not what they wanted to hear!

Jason there is no evidence to suggest that Gable ordered 670003 new.
He certainly owned an alloy XK120 by about the 28th December 1949.
There is actually no definitive proof that it was in fact 670003 it is only guesstimated research that indicates it was most likely 670003

Thanks Terry, somehow the XK120s are so much more fun for the myths and conjectures.

I was just reading a thread from 2020 where you folk were musing on the angle of the aerial of the one he was sitting in.

And this seems quite definitive from John Elmgreen on the XK120 currently on BAT.

Barris XK120 does it again XK

Bit of a problem with Gable being in Barris’s shop late 1952/early 1953: Gable was not even in the country (USA) at the time. It is well recorded that Gable was in England, Europe and Africa from the first half of 1952 until December 1953, making films and saving tax. He collected his new XK120 672282 in England in 1952 and drove it in Europe. He later sent it back to the USA. The Barris car with the hard top 672623 was despatched from the works to the USA in August 1952 - Gable was not there.

According to the comments the buyer is a known collector. So likely a real sale. I wonder how much of a following there is in the US for Barris custom work. That and the nice restoration (wonky grille aside) might have carried it?

Is this GTJoey’s old car?