I just finished cleaning my engine block. It’a barn find so all the coolant ducts were clogged, now it’s looking better. But … I can see significant corrosion around coolant passages to cyl head.

It’s my first engine work, and unsure whether this condition is satisfactory at least ?
One more unwelcome surpise is that pistons removed (& cleaned) are +0.030 by ACL, so I lack further boring option. 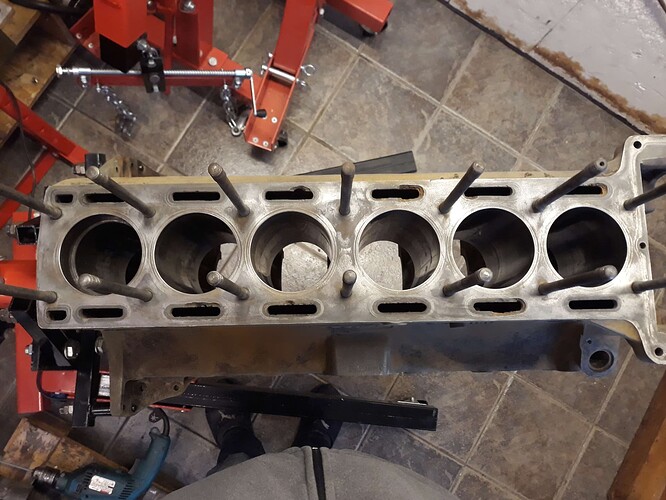 Those must be weld repaired: a good welder can do it, with minimal resurfacing needed.

Would an „old“ head gasket not work? By old I mean paper or copper and not the fancier modern style. Something that seals over the whole area. Too far gone? It does get uncomfortably thin below #5 and above #3, I do see that. But that would take ages to corrode and leak.

No: the corrosion is larger than the holes in the head gasket. irrespective of material. That block must be repaired, and if the bores are worn enough to warrant new liners, that’d be the time to do the work.

In a pinch, one could J-B Weld repair them, but I’d never trust them for long.

Thanks guys. I’m posting a few close-ups. I think I will have to find a specialist.
Block being cast iron I guess - it takes Nickel or some complex material to do the welding build-up ?
And perhaps some pre-heat … 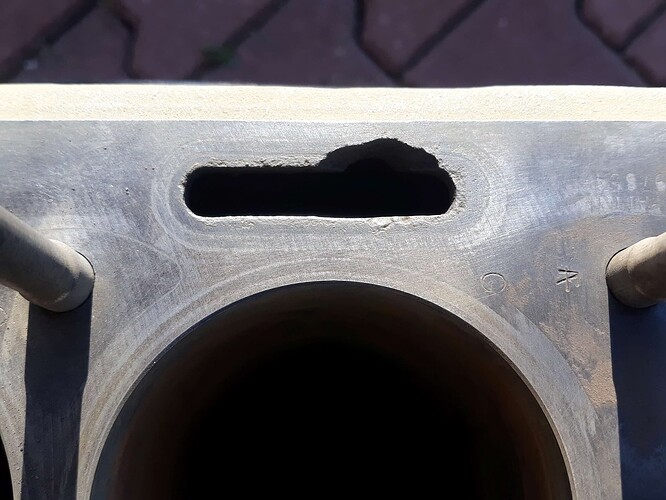 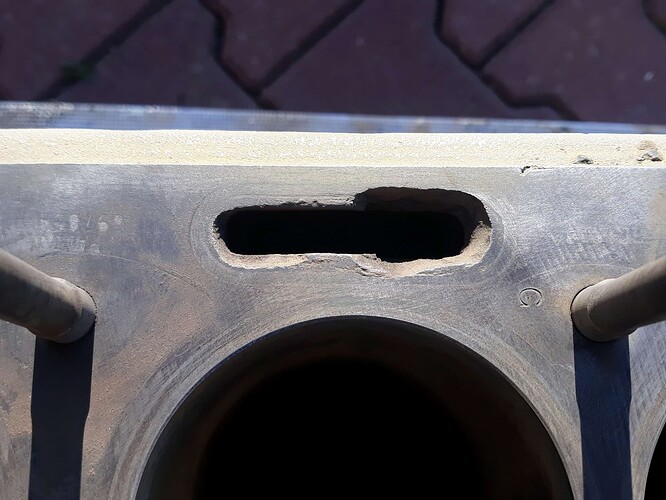 I’m just after measurements and my worst cylinder has 3 thou ovailty, 1.6 thou taper.
Unfortunately one of my ACL pistons has a crack between 1st & second ring, so I’m on the fence how to proceed. My budget whispers “stay on +030” but then a hunt for single +030 piston would begin …

However one more problem surfaced after parts cleaning- side cover corrosion from water pump: 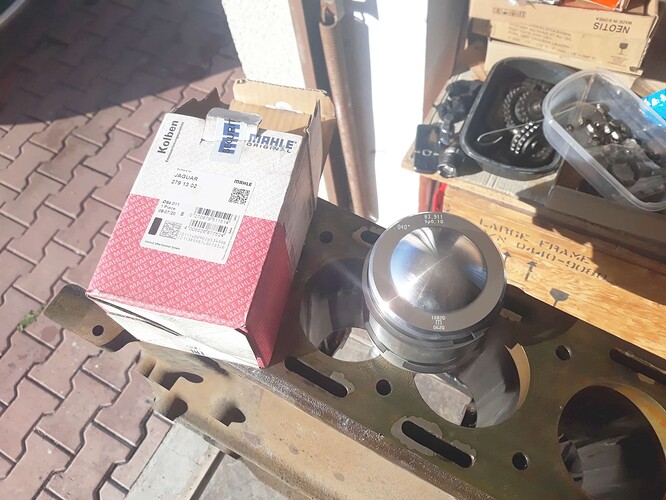 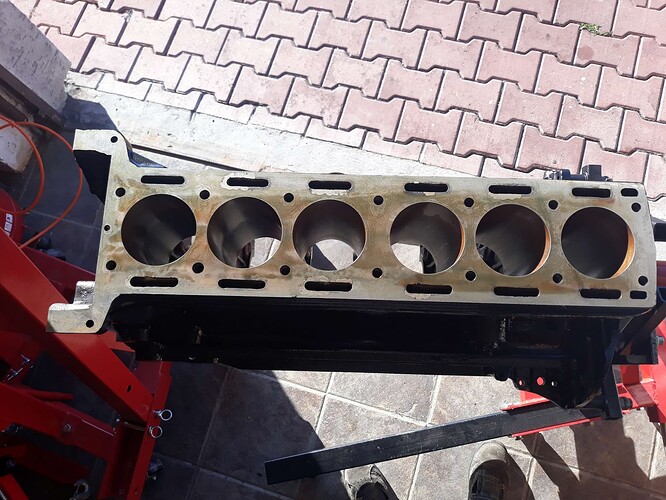 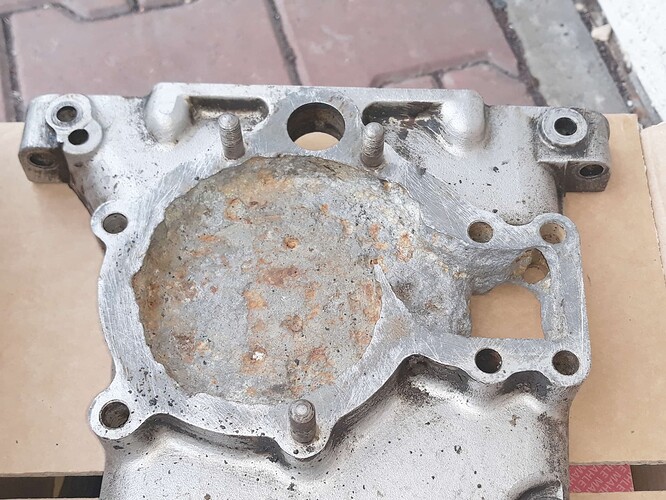 That’s a no go as far as I would be concerned, looks like you need to source a replacement, that may require a pass over with a grinder/fly cutter again to bring the deck height level with the block/front cover.

To my surprise I just found this one locally, cheap. Hope it would fit. Supposedly it’s from 4.2 XJ. 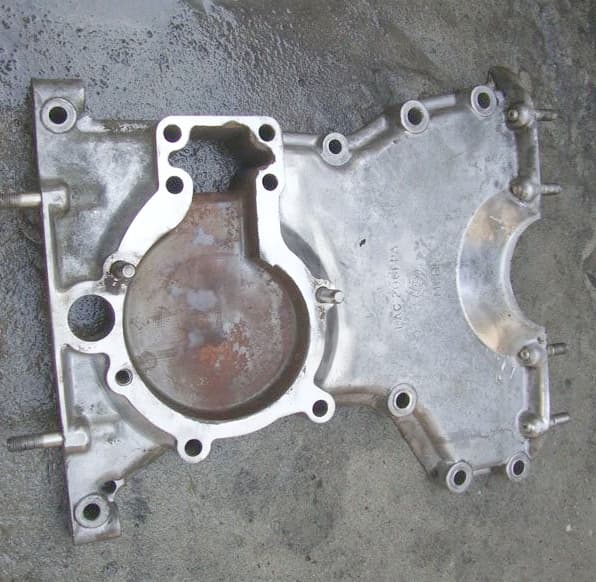 Have a good look over. I have a 3.4 and a 4.2 - a little niggle in the back of my brain tells me they might be a bit different. If not at the timing cover then at the pump. Paul.

I’m reading about bigger impeller pumps used in XJs, but eye can’t distinguish that in this picture.
On the other hand - my water pump needs a rebuild and perhaps could use bigger impeller to improve cooling.

The hose diameter got larger as well… I think with the XJ. Complete water pump is out.

That cover is also corroded but not in areas close to the crankcase so not worrying. Since it’s cheap…

Early 3.4L engines had a different bolt pattern than everything that came later (changed around '51 I think

?) It should bolt straight on to a later 3.4L, but I believe that the front seal recess is different on the later 4.2L engines. I don’t think you would have any problems using your existing water pump.

my water pump needs a rebuild and perhaps could use bigger impeller to improve cooling.

Not really practical to change the impeller size in the pump you have. The pump volute is only so big, and the angle on the back of the impeller is differs between the early engines and later 4.2L engines. You do see kits containing impellers with different numbers of vanes, but I can’t say that a basically standard engine operated on public roads needs anything other than the standard pump. The issue on XK’s is not coolant flow, but getting enough air through the radiator. You can make far larger impact on cooling by changing the fan or adding an electric fan.

I put my hands on the replacement cover and upon comparison I see it will be good for my '58 block.
The recess for front seal is indeed a bit different but accepts the same size seal. This is suposedly to allow simmering replacement without need to remove the cover, just the sump.

I also read that it is good to use bolts (instead of studs) when mounting the cover to the cylinder head, so cover can be removed with head in place. Sounds … wise. 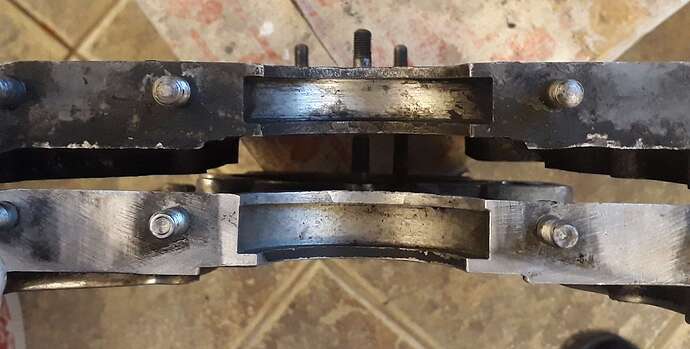 I had the same little niggle. I checked, and one of the issues is the shape of the port in the timing cover that goes into the engine block. The early engines have a square port (your photos): 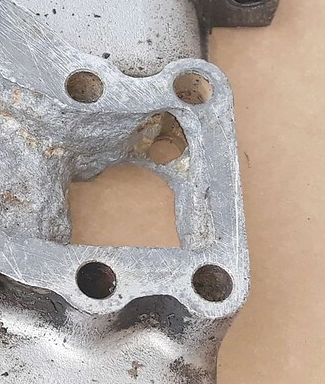 Whereas the later engines had the port extended somewhat between the bolts, presumably to increase the flow: 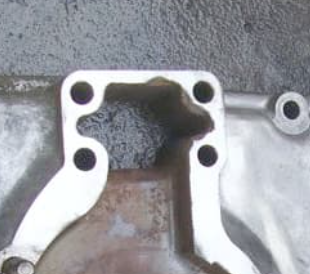 As a result, sealing between the cylinder block and timing cover to prevent water getting into the oil with mismatched port profiles is difficult/impossible.