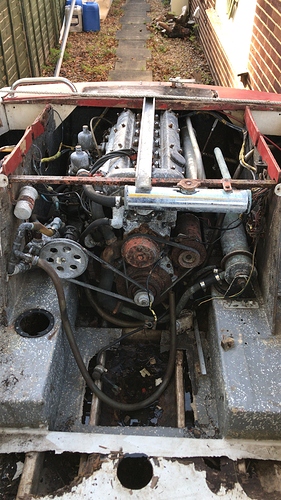 Hi new here,
Still getting to grips with forum set up. Hope I’m in correct section.
I have just bought ( yesterday) an old 60s speed boat with a XK engine in it. Lucky me.
I shall take pictures the weekend.
It is very crusty and I have not made any attempt to turn it by hand yet.
It says Jaguar 3.8 litre on the block and also a date plate of 22-4-64.
It has not turned over for 10-15 years, any thoughts on the best way to proceed. I am very mechanically minded but never played with these engines ever,hence joining your forum. Thoughts please

now that IS cool…for some procedures…see the thread here…“new owner” …same old start up topic is in there, …also use the magnify at top right…and type in …try a few…has not started in years…or start up after sitting etc…lots in the archive history. Nick

An XK makes a great boat engine it looks cool sounds cool and can run all day. Based on the carbs it looks like it came out of a sedan.

That looks like a fun project. One thing I’d strongly recommend is that you look into “Marinizing” the carburetors, although I don’t know if that can be done with SUs. These vent to atmosphere and have overflows if the float bowls flood, which is fine in a car but potentially catastrophic and deadly in the enclosed engine compartment in a boat. If SUs cannot be converted for marine use, find something else that will work.

Is this something you intend to put back in the water?

My uncle owned a wooden boat and sold it when the kids came along. 18 years later bought it back. Being 40+ years old now, he cleaned and painted, new outboard, seats, the works… On it’s new maiden voyage it split open at the keel and he had the beach it.

Storel of the morey is… cars are more fun. They don’t sink.

There engine number is stamped in two places: 1) on the horizontal pad right below the carburetors and behind the oil filter mount, 2) on the cylinder head in the valley between the cams right behind the timing chain case. Tell us that number and we can tell you what it came out of originally. The good news is that being a in a boat, it probably did not sit around with water in the coolant jackets, so the block has not likely cracked from freezing.

Just seeing the photo! Very cool! Is the belt-driven pump with the large pulley on the left (carburetor) side a raw water pump or fuel pump? (never mind, has to be water - hoses are too big)

Closed loop, or direct raw water cooling? Looking at the copper/brass heat exchanger with the greenish patina on the exhaust side.

Hi
Not spent a great deal of time with it yet,shall gather all info over the weekend, engine numbers etc
Looking at the set up it does have closed cooling system with a raw water pump mounted on hull driven by extra belt.
Also has the heat exchanger mounted under the homemade water cooled exhaust manifold
Will take lots of pictures this weekend
It is a polyester 60s FLETCHER ARROW ( U.K. Built ) 17.2 feet long
Going to bed soon
Long weekend coming
Catch up again next week

Looks like MKII motor carbs seem to be MKII front breather is 60’s style but yes seems to have 120/140 style inlet manifold.
I have a very large folder on Jag motors OHV and XK in speed boats and hydroplanes with probably some at least 20 jag motors used here in Australia alone. Some were extremely highly modified with every thing from 6 SU carbs to Fuel injection. A friend in Perth actually has these 2 just the motors boats have gone. We do have one operational plywood hydroplane here in Australia fitted with works supplied XK150 S motor.

That’s cool. As a boater and Jagger, I’d be right on that.

Just last week a friend loaned me Andrew Whyte’s book on Jags, and there was a section on XK engines is boats. Here’s one pic.
Rob 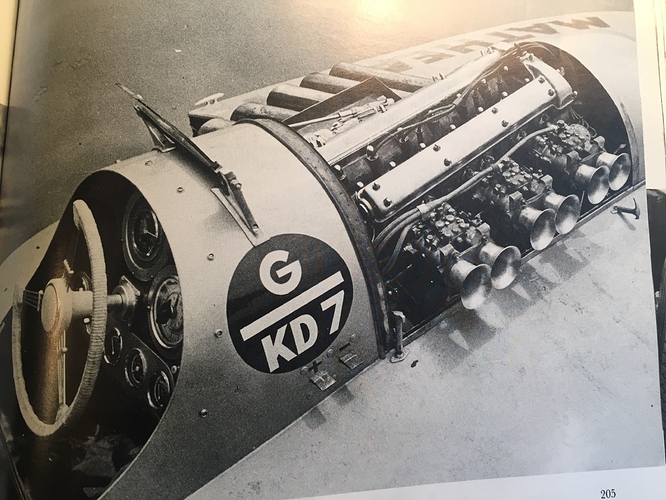 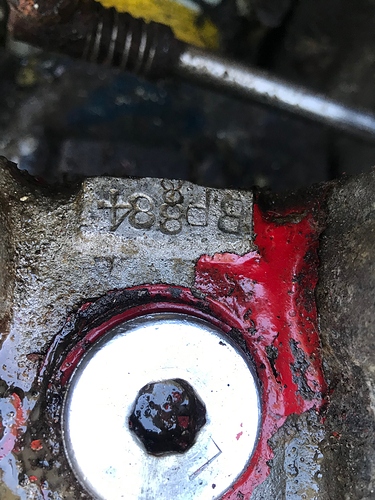 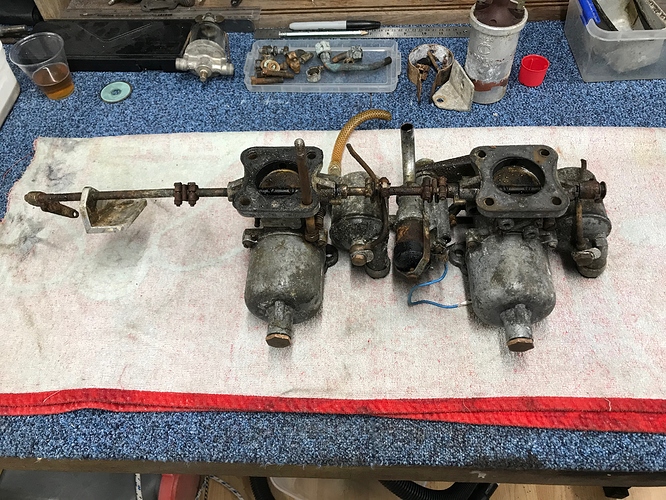 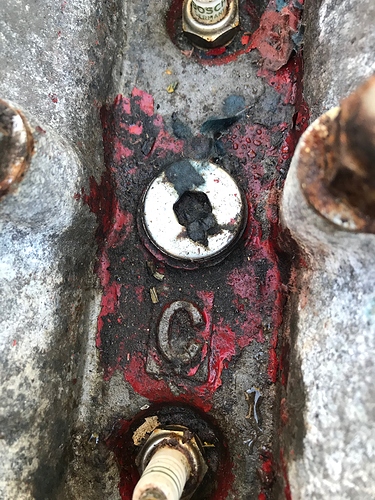 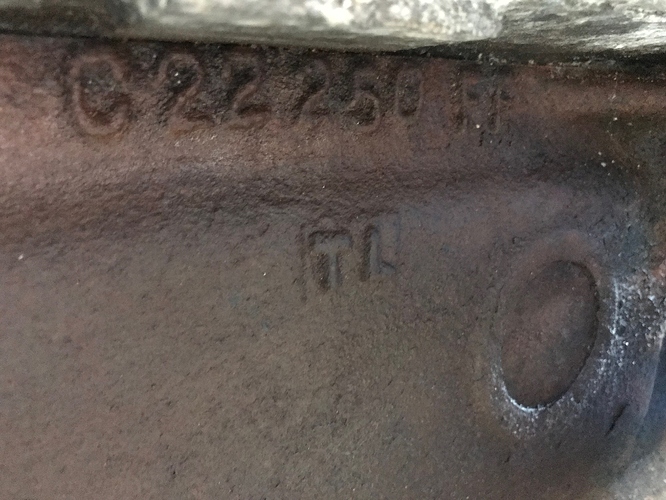 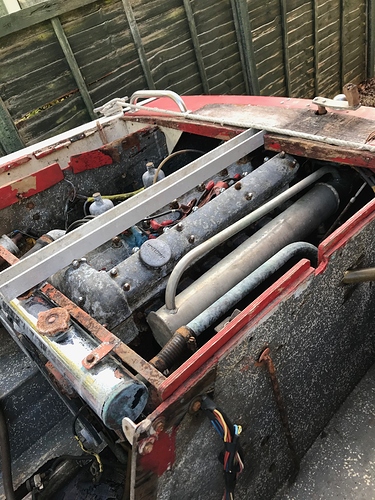 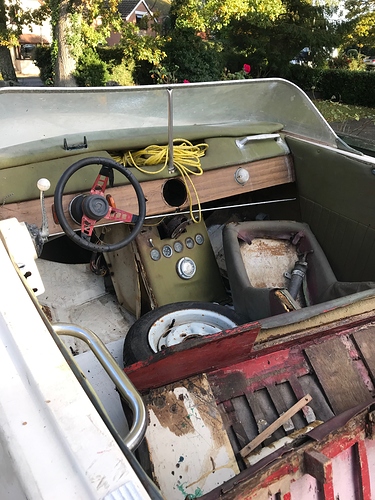 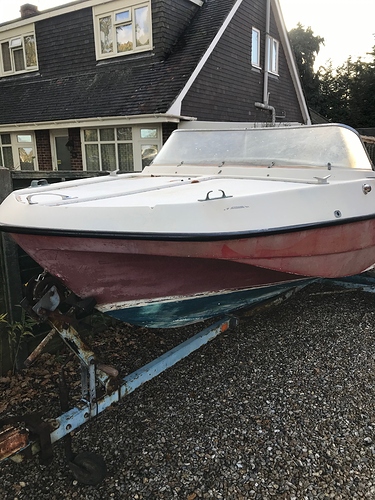 So I’ve uploaded a few different pictures
Including engine number and head number would be very grateful for more info on this
As you can see from cockpit I think some of the dials and switches are Lucas so presume Jaguar?
Not sure what the electronic device between carbs is ?
Took the starter motor out and it’s held in with a clip between the 2 bell housing bolts, is this normal ?
Tried turning it over by hand, no go, tried gently with screwdriver on flywheel in starter hole,no go.
If this engine is seized, I don’t think I will keep it, as I would rather it go to a real jagger.
My thoughts then go to what modern petrol engine would mate to my bell housing, not bothered if I have to make some brackets etc
The cost of a re build on the engine, in this small boat could never be warranted. Might get it to turnover and then all could change.
Reasonable oil in engine,at the correct mark, has water and coolant in it ( it tastes like popcorn). Haven’t pulled plugs yet, as I’m letting them soak, so they don’t snap or anything. Going to get my mates endoscope and have a look inside.
Took carbs off, nothing to report,oil etc
Rob

Interesting: American boats are RHD, to offset the screw’s torque.

Hi
This particular Volvo Penta outdrive can be changed, I have a left hand prop and a right hand prop as well. Which keeps bringing me back to it being some type of Test boat in its day.
I have sent mail to th Fletcher Owners club to see if they know of any history of this
Thanks
Rob

C-type head. The C cast into the cam valley dates the head to sometime after 1954, so most likely XK140, or the contemporary saloon. There’s a number stamped at the front of valley that will tell us exactly what the origin of this head was. Will probably look something like G-1234-S. There’s also a number on the horizontal pad right next to oil filter mount. If the head and block came from the same car, they will match. Historian @Roger_Payne will be happy to tell you everything you could ever hope to know about that head.

Mike
The first picture is a small number on the head in the valley.
Was this not the one I am looking for ?
Thanks
Rob

The BP884 with the second 8 carelessly stamped by the factory worker is interesting to a few of us Jag historians. It and the letter C and red paint indicate a date in the mid 1950s and probably sourced from an XK140.
You should look for one here in front of the front spark plug which will identify it more closely. 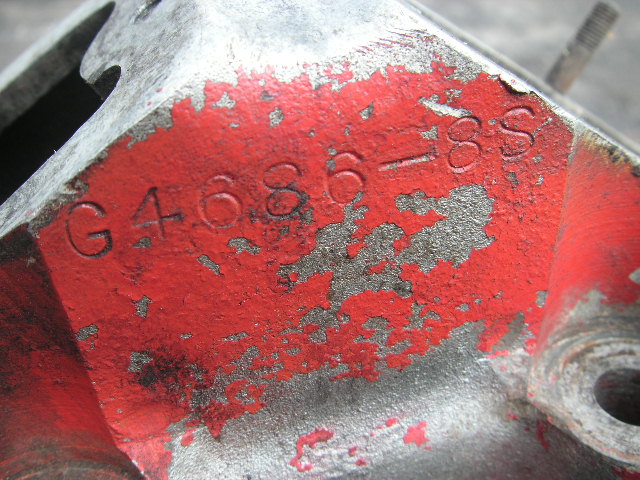 The block casting number C22250 might be from a 3.8 Liter Mark X aka Mark 10 saloon which dates from the mid 1960s.
Look here on the right hand side by the oil filter for a stamped number, which will again declare the source car. 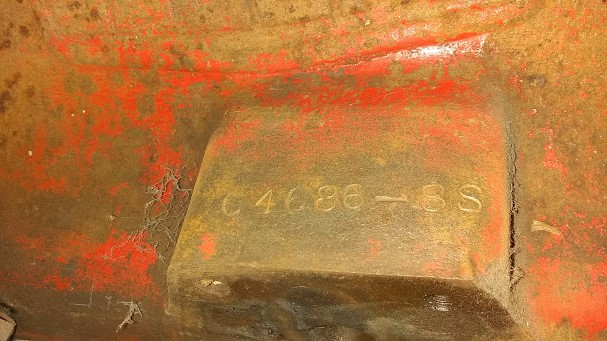 There will also be a cast engine size number, I’m guessing probably 3.8 LITRE. 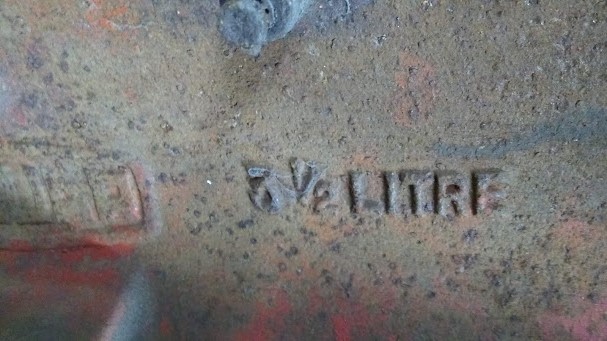 The electric device between the carbs is a starting carb with a valve operated by an electric solenoid.
The starter motor is normally held by two bolts through strong bosses on the bell housing.

Jaguar XK engines in boats goes back to the 1950s with a hydroplane speed record boat called Miss Windermere. 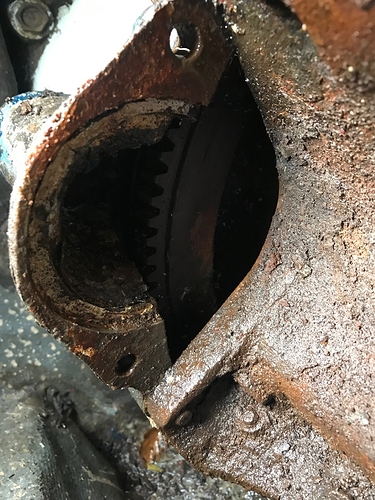 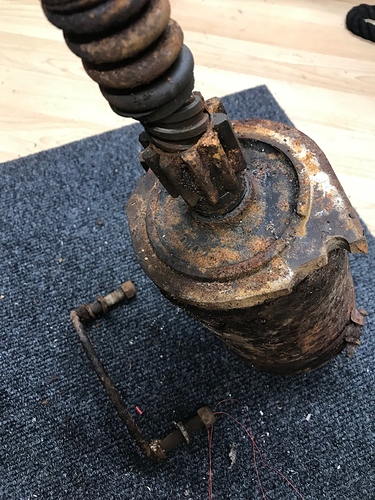 The big spring on the starter motor indicates the motor is from 1949-50. They used a different spring after that. Or it might not be a Jaguar starter motor.
The bell housing also looks thin at the bolt holes. Can you give us a shot from the back?

IF …the C head is in decent enuf condition for a rebuild…it has value…maybe more than the total of the rest of it…but much more will need to be investigated. Nick