(Include at least one picture)

Cost of shipping (if selling):

I have to offer a 1970 e type roadster, The car is considered a restorod but can be brought back to stock fairly easily. The comes with a Chevy V8 and automatic trans. The car is originally from the south so the car is rock solid and basically no rust. Car comes with a great looking soft top biue seats and opalescent blue exterior but is in primer for a repaint. The rear fenders can be finished as-is or be brought back to the original spec. the price is $23,500 or best offer. Please give me a call or text if interested Ph # 551-265-8025 and thanks in advance, The pictures of the car completed is what the car could be when finished if preferred.
.Garth… 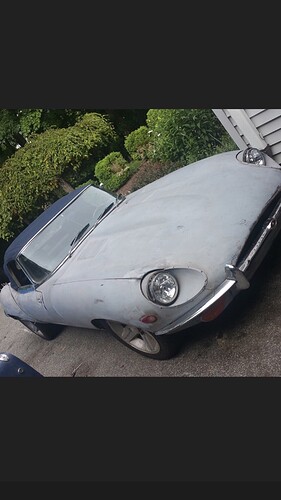 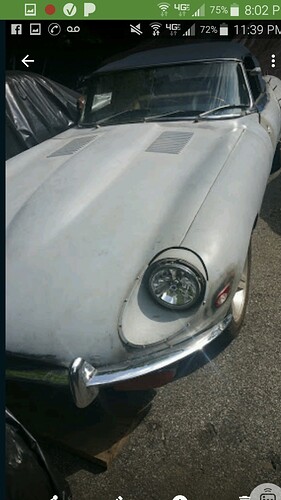 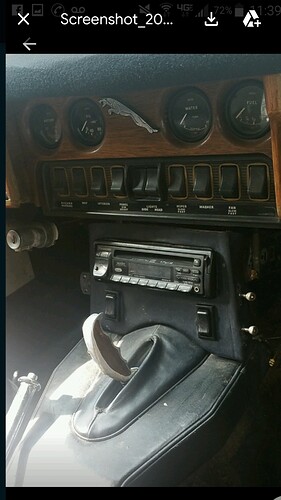 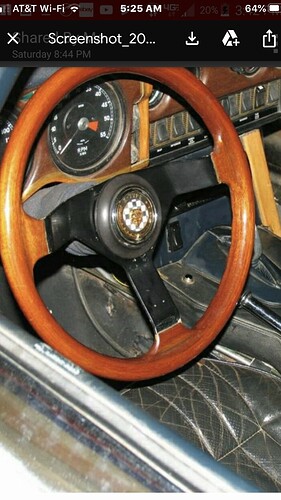 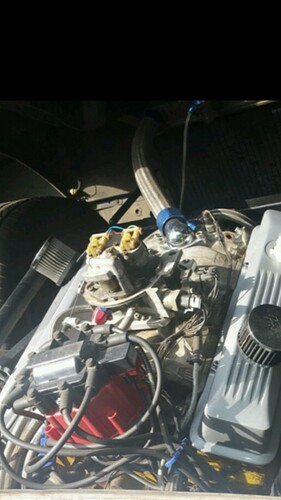 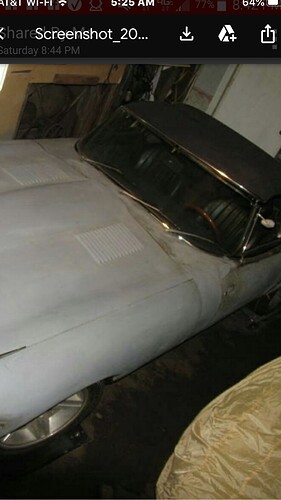 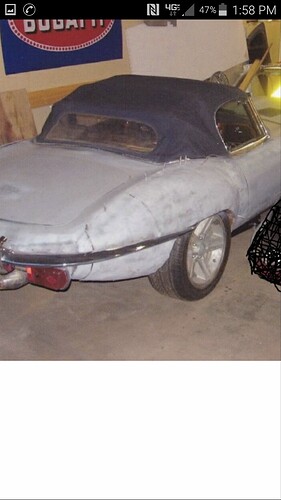 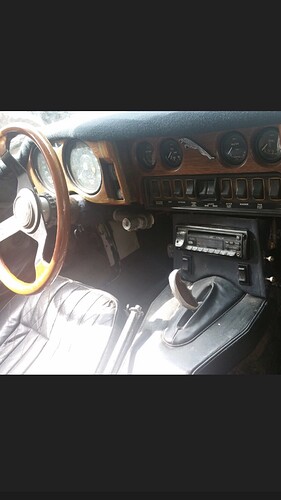 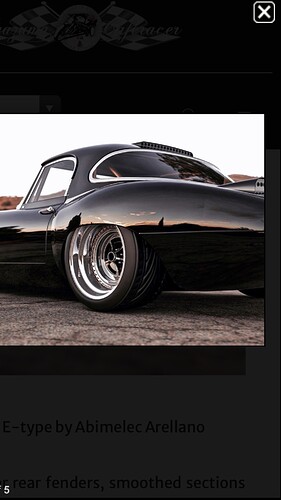 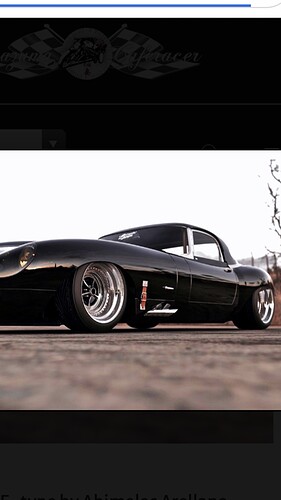 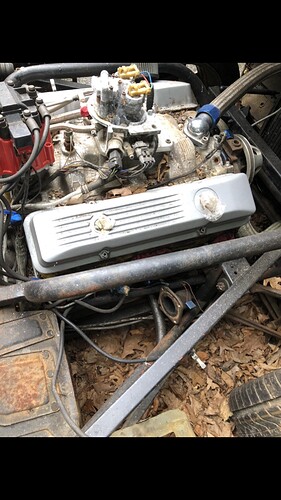 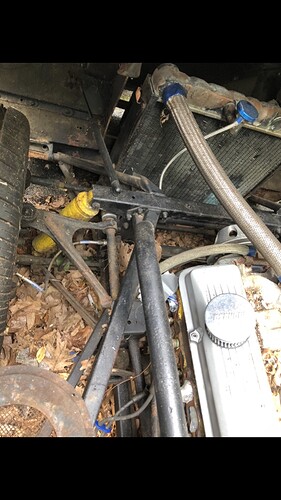 The car is originally from the south so the car is rock solid and basically no rust.

…stopped reading. I’m not a fan of fiction…

Fiction, what fiction? there are quite a few sites and topics you can read, choose one…

there are quite a few topics you can read, choose one…

True, but for brevity’s sake, I just chose one.

Nice. Garth, could you post some pictures of how the engine clears the frame rails?
Thanks,
LLoyd

Nice. Garth, could you post some pictures of how the engine clears the frame rails?

It’s a Chevy: w/o a hood bulge for the carb, it’s almost a sure thing the top rails have been butchered.

SBFs, due to a narrower head design and higher exhaust ports, can be mounted–barely!!–so that the top rails need not be cut.

Yup, Wiggie, that’s what I wanted to verify.
LLoyd

It’s a Chevy: w/o a hood bulge for the carb, it’s almost a sure thing the top rails have been butchered.

Its more than almost. The pictures show the Top Tubes have been replaces with Round Tubing. Judging from what you can see of other work carried out, it’s more than almost sure that a rubbish job has been done of that mod, if the eventual owner retains the V8 lump.

Gentlemen may I remind you both, this is a project, and I’m sure you would not appreciated if your cars were distastefully scrutinized on any site if they were for sale. I therefore would appreciate you keeping your discouraging and disrespectful remarks to yourselves or create your own sites for such remark. To reiterate this is a car listed as a project for sale, nothing more, nothing less. Have a good day…

Pointing out negative reality about any given product, offered for same, is NOT THE SAME as being negative, or a personal attack.

As a matter of proper advertising, the mention of the replaced upper tubes–a no-no, and a safety issue–is something one could reasonably expect.

I’m selling a car as a project, what part of that you don’t understand?
Buddy I don’t know or do I care to know your perception but I’ll strongly suggest you do what I told my kids in there formative years if you have nothing good or positive to say keep your mouth shut. Dale Carnrgie wrote a book call “How to win friends and influence others”, again this is a friendly site for people who love these cars and hobbyist. Mr, try being nice …

I wish you all the best, in a successful sale: you should take into consideration, if you list a “project” for sale, on what amounts to be the world’s most knowledgable collection of E Type aficionados on the planet, people will comment on it.

There will be “noobs,” looking at the post, and they may not have the depth of knowledge needed to recognize a critical area, like the modification of the front frames.

I’d say the previous commentary has been fairly reserved, and quite accurate.

Again, I wish you success in your sale.

I’m sure you would not appreciated if your cars were distastefully scrutinized on any site if they were for sale.

To reiterate this is a car listed as a project for sale, nothing more, nothing less.

And as Paul alludes to, it would be of great benefit to the uninitiated, for the project and the modifications that have been made, to be accurately described.

If I were to present work where its execution was rubbish, then I would deserve distasteful comments. However, I have no qualms whatsoever putting my work on display, at any stage of its completion, and having it critiqued.

I have a Series 2 2+2 in work currently that was brought to me, straight from a so called restorer, after a full nut and bolt restoration (cough), to be checked out mechanically before going for a Roadworthy inspection. Its now undergoing a correct, full, nut and bolt restoration. The butcher that did the previous work, modified the engine and bonnet hinge frames, as well as cut and shut the LH wing by 25mm to get the bonnet to fit. So bad is the work carried out on the bonnet, that it was cheaper for the client to pay AUD8,000.00 for a good used bonnet than to have the original brought back to how it should be. I’m certain he would have appreciated someone pointing out the short falls of the work closer to the start than after the restoration was deemed finished.

Thanks Paul and advice well taken. Happy holidays to you and family with Gods protection and the best for the new year.
Blessings.
Garth…

I’m sorry for the unfortunate circumstance your customer went through, but if you are going to spend enormous amounts of money, it would behoove you to make inquires of establishments in the area or club sites for recommendations. If anyone is interested in my project car they are welcome to have someone with experience to do their inspection or ask me pertinent questions, which I’m obliged to do so expeditiously and with accurately. Mr reputation is worth more than a few pennies. Seasons greetings to you and family…

What mods, if any have been made to the trans tunnel?

I have not taken a look at the trans tunnel but will do so tomorrow accompanied with pictures. Are you interested or is this an inquiry?

@willinda - as a potential buyer I find the questions being asked extremely helpful. Maybe you shouldn’t list the car for sale if you are not prepared to have an honest discussion about it.