Here are pictures taken where the oil apparently originates from under the front right side of the engine compartment.
Anybody “been there, done that?”
I am hoping for an relatively easily-fixed source.
Thanks in advance! 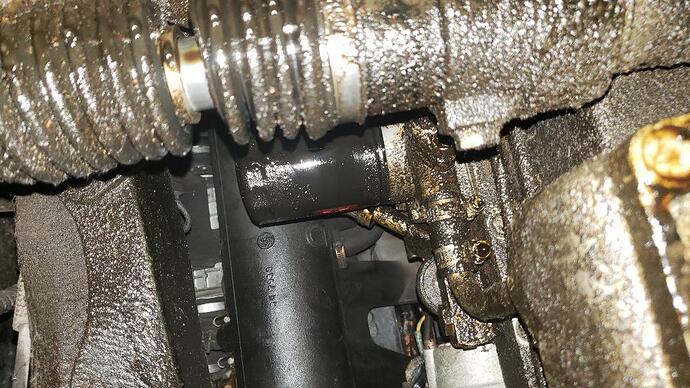 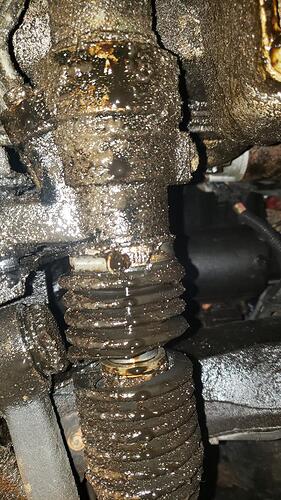 Getting it clean might help but I would suggest that its from the steering rack possibly, some have oil in the boots, yours is obviously split and needs replacing.

Typically there are several leaks. There’s just too much oil everywhere to tell where the leaks area The area needs to be cleaned then rechecked. In any case you need to keep the oil off any rubber parts like suspension bushings and any hoses. The oil deteriorates the rubber. Looks like your steering rack bushings are shot

Making sure the engine breather system is clean can often reduce leaks to a tolerable level. If the system is clogged the crankcase pressure pushes the oil out.

Clean the mess, clean the breather system, driver for a few days, recheck

Thanks for the replies. Actually, I was going to rebuild the steering rack last year. But now I have more direction. The front end is up on ramps. I will clean up the oil, take a closer look, and then schedule the steering rack work.

Some common sources of engine oil leaks in that area include the breather assembly (as mentioned already by Doug), camshaft cover seals, and the oil cooler hoses. I removed and replaced the oil cooler hoses on both of my Series III XJ6s because they were just oozing oil through the original hoses and making quite a mess. I agree with Doug that you first need to clean everything up to see what you have. I recommend that in addition to the steering rack work, that you clean up the breather, replace the camshaft cover seals, replace the oil cooler hoses (and check the oil cooler for leaks as well), and then drive the car to see if that fixes the leaks or if other ones are now visible.

Here are pictures taken where the oil apparently originates from under the front right side of the engine compartment.

**
Your picture shows the rear of the engine compartment, Bud - with the steering rack…?

The oil filter is wet - start there. Clean everything with brake cleaner, take if for a drive, check again.

An easy start- thanks.

Oil filter could indeed be the culprit here. In the words of Nick Lowe, “take it from a fool who knows.” 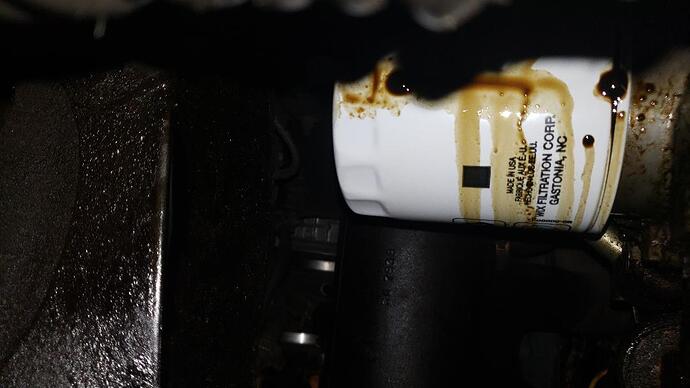 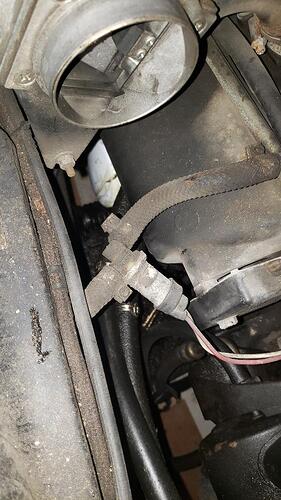 Now removing the intake assembly for a better view from above.

Cam cover gasket, but that oil needs to be changed by the looks of it.

Attached is a picture of the right side of the engine in my former 1984 XJ6 Vanden Plas when I removed and replaced the engine a few years ago. 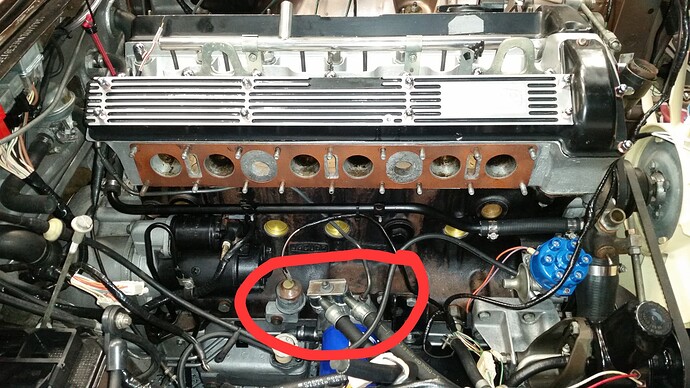 20190322_1828061920×1080 267 KB
I suspect that your oil leak may very well be coming from the two oil cooler hoses directly above the oil filter (circled in red). Those oil cooler hoses (CBC1437, CBC1438) can leak, and the o-rings at the end of the hoses (CAC5118) can leak as well. Other potential sources of oil leaks in that area are the oil pressure transmitter and the oil supply line to the camshafts also shown in this picture.

Spot on, Paul. And thanks for the response.
I just removed the air intake assembly and took a “money shot” picture of the area above the oil filter.
Here it is: 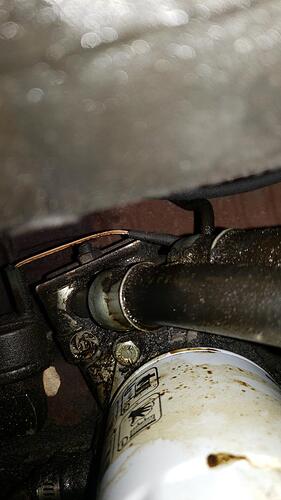 The oil doesn’t look bad to me and happy you found the source.
David

Those oil cooler hoses on my Series III XJ6s just oozed oil right through the hoses and made a mess from the oil cooler all the way back to the engine. Seems to me that I purchased a set of new hoses for one car (they were a bit pricey) and had the existing hoses rebuilt at a local hydraulics shop with the metal ends and modern hose meant for engine oil for the other car (but that was also pricey).