Quick question, are the AUC 7090 carb. bodies the same for a E-Type, 420, and or MK X the same? I know that the float chambers are different on 1 because of the starter carb. on the sedans, just wondering about the bodies them self, Thank You, Jim.

Good question because the choke parts may or may not be machined completely, I‘ll have a look tomorrow if it helps (XJ) 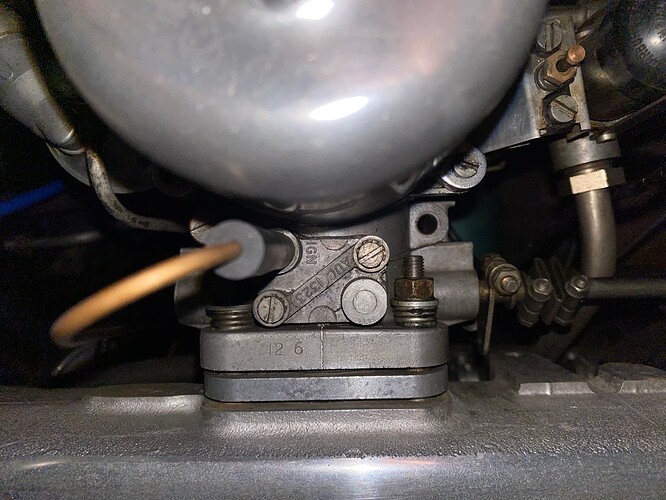 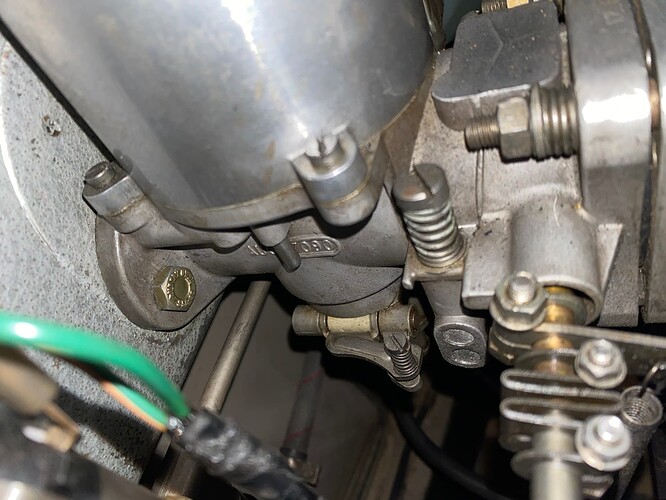 David, Thank you for taking the time to take pics. and your info, What model is this. I have been doing research because I have an extra 3.8L e-type manifold/water rail assembly that I want to complete for an extra RA engine that I have. I have been looking in my parts book and of course some of part numbers do not line up with what I see available for sale. Attached is a picture of a front and middle carb. from my '62 E that I have owned for the past 42 years. (non-running mind you), and a recent purchase of a front and middle/rear carb. they are the same body. The part numbers are the same, as well as the suction chambers and bases. I am learning a lot in this expedition, Jim 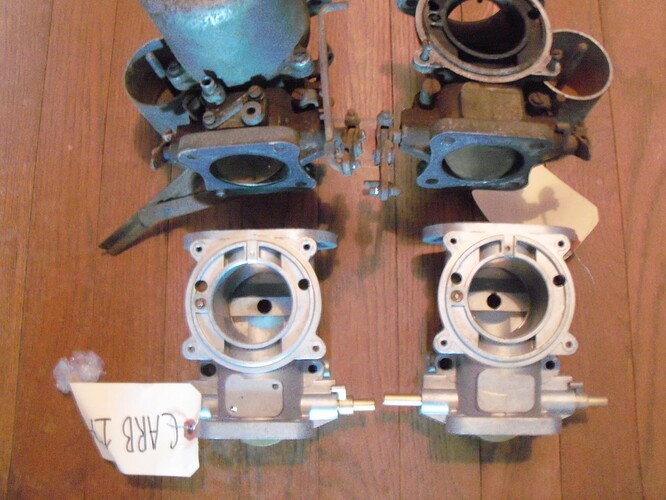 Hi Jim, I own a 1969 XJ6, and these early models came with two HD8 and the extra starting carburetter which is an electrical, automatic on/off choke. This is why the choke linkages are not needed, all in a separate device. The exact same system was used in the 420 (not G).
The casting appears to be identical but the hole opposite the idle air screw where the choke linkage passes through the body to open the throttle a bit seems to be unmachined.

There are differences in the height of the little extension where the damper screws into the dashpot, I think it can be machined down. And some dashpots are internally vented, others are vented via the damper screw.