420G red ignition lamp on when driving, but only very faintly

This seems to be an old topic, but nevertheless;The car has a modern Bosch generator with integrated voltage regulator, and a Volt meter on the dashboard, rather than the stock Amps meter.
The red light is strong with ignition on, but the engine off.
When I start, and then drive the car, the red lamp remains on but at a fraction of the power. Hardly visible on a sunny day, but definitely in a garage or at night.
Any thoughts?

In that case your generator is not loading anymore.
I would measure the voltage, it should be larger than 13,5V
What is your voltmeter level?

I measured it with an instrument. 13,8
So the new geberator is fine.

Hi, i had an identical problem with my Daimler dd6. Charged alright (like yours) and a glimmering ignition light. It turned out to be one of the diodes in the alternator rectifier that had a bad contact due to oxide in the mounting plate.
Br svante

Interesting. Thank you.
How old was your alternator when tgat happened? Mine is 2 yrs old

Probably it was the original alternator with 80000km as i bought the car 30 years ago. After a few years running with the glowing Warning light I removed the diode, cleaned it and pressed it back again. I think there were 9 diodes and if one
is not doing its job you get a glimmering light. It was pretty well described in the workshop manual as I remember.

Hi Peder did you solve your issue with the light?

Not yet. The new Bosch alternator needs to come out and be opened on a work bench, to clean the diodes.

If its the red ignition light on the dash it has nothing to do with the generator, the light is activated by an oil pressure switch so when the engine starts and has oil pressure the switch cuts the light. Mine was playing up and I changed the sensor unit and problem solved.

Update: as of a month/4-5 drives ago, the faint red light has disappeared when driving. (It is fully on when I turn on the ignition, and shuts off when oil pressure is normal after starting).
Have the oxidised diodes in the modern Bosch alernator cured themselves…? 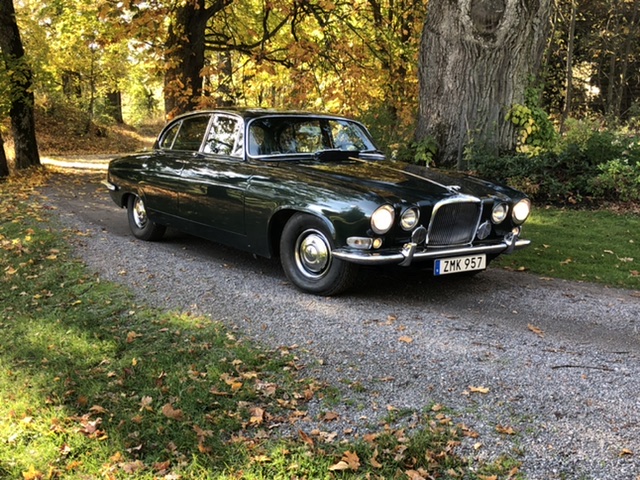 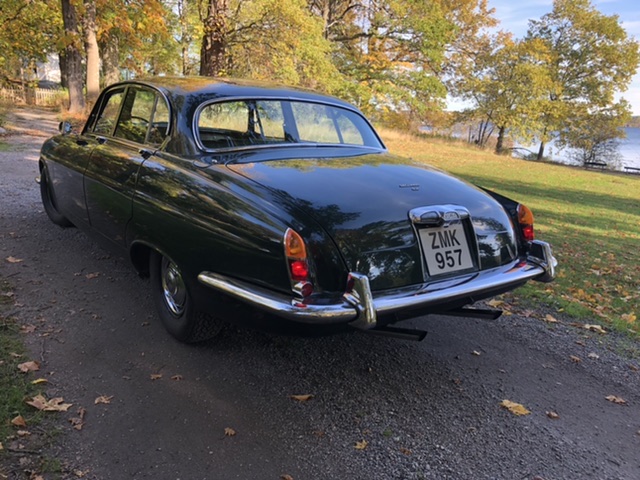 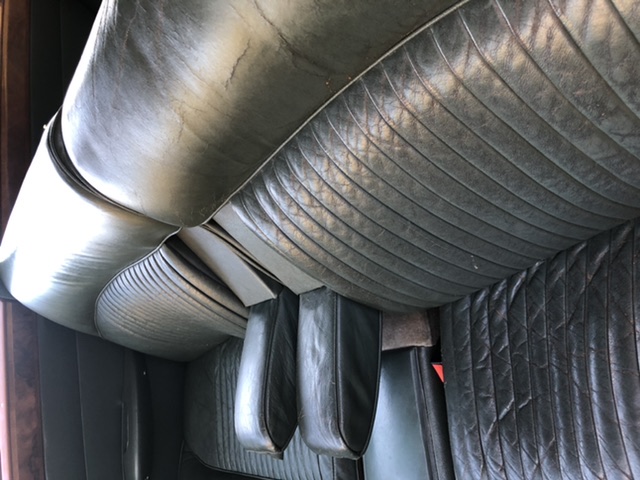 This is the car. Found it for sale on thr JCNA site a few years ago with just 2 owners. Original paint which is rare, and proves how the Germans got it wrong on a 420G and S1 E-type which I also own. Both were restored in Germany and the opalescent dark green lacks sufficient green. Too grey.

Original paint which is rare, and proves how the Germans got it wrong on a 420G and S1 E-type which I also own. Both were restored in Germany and the opalescent dark green lacks sufficient green. Too grey.

Yes, and original paint may (and pretty much must) be a bit faded.

What I have been saying for 25 years: the modern matches for ODG are not dark enough and not green enough, too much silver snd grey

You’ve got a bad earth

Instead of running happily down to earth the current is finding its way to earth through your ignition light.

I had exactly the same thing on (I think) a Ford Popular back in the 1960s. Easily fixed then, but the Ford is a much simpler machine…

Thanks, so where do I start? Looking at the speedometer and wire to the light, or by the instrument light switch which playd an active role here…!?!

Unfortunately I don’t know the 420G and a search hasn’t brought up any useful wiring diagrams.

The earth wire is usually black and often more than one will end in a single round connector which is screwed to the bodywork close to the instruments, and this is where the bad connection will be.

It could be any of the instruments which has the bad earth so it’s just a matter of trying each one in turn until you find which one is doing it. Look at the back of each instrument and you will probably see 2 wires supplying each bulb - one brings the current to the bulb from the switch and the other carries it away to earth. It’s the one that carries it to earth which will have a poor connection at the end where it is screwed to the body. Alternatively the bulb holder itself may be the earth, carrying the current away through the bulb holder to the round metal frame that it pushes in to, then away through the instrument panel, which will have it’s own single earth wire.

Another way of tackling it could be to remove the bulbs from each instrument in turn and when the fault goes away you know which one is causing the problem. But this wouldn’t work if more than one bulb uses the same earth connection. Taking all the bulbs out then putting them back one by one might work in this case , Be careful taking bulbs out as they have been very hot for years and will be very fragile.

All that might be wrong, as I don’t know the 420G but generally these methods would work on lots of cars of the '60s and all I can suggest is that you hunt out and clean all the connections on all the black wires you can find

420G is an autolecs nightmare, especially behind the instrument panel

I am a qualified electronics technician, and the one & only time I ever took it to a vastly experienced autolec, we still couldnt figure out the issue (alternator charge failure)

The car has the 74Ah Bosch generator.
The round earth contact, with its black wire looks very good and is tight.
What puzzles me is the fact that the light will only come on when I press the instrument light switch (low or high).
The power of the red light is about 20% compared to when it lights up when turning the ignition on. So itś a faint red light when driving in the dark (with the instruments lit.
I might have another instr light contact somewhere on my shelves. If so, worth trying!?!

The reason the light is faint is because the current that’s been through your instrument(s) is looking for a path to earth. It’s getting some of it’s path through the proper earth wire but it’s not getting a big enough path so it’s looking somewhere else to use as well. The red ignition light just happens to be the path it’s found.

As Tony says, the 420G is a complicated beast and what I’m advising may not work or it may just not be easy to track down all those earth wires but if it was me that’s what I’d be doing.

Thanks Robert,
I understand the search for earth, and will continue to look at the bulbs, dont understand why the ign lamp gets activated by lighting the instruments…