Trying to figure out how to remove the rear crankshaft oil seal on my 70. 4.2 .

Do you have the seal carrier removed? The rope seal is just pressed into it and you yank it out. The carrier is screwed to the block with Allen heads and the crank must be lifted out to extract the screws because the flange blocks them.

Two bolts connnect the two halves. They screw into the bottom part from the top. Note which way it goes, it’s counter intuitive.

I have all the main, crank, and piston caps removed. The timing gear end lifts freely but the flywheel end is not releasing freely. Should the whole crank just lift out. I did not want to force it till Ii checked . 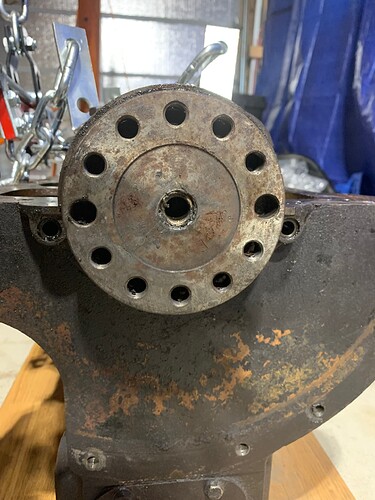 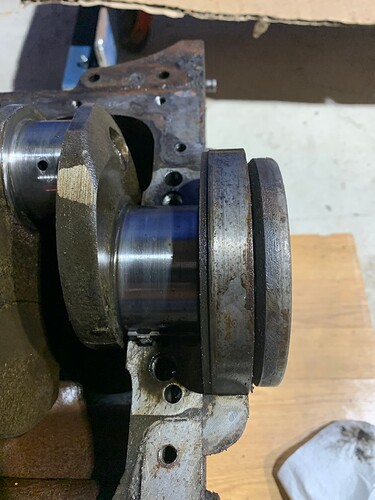 Those bolts are not present on this engine . I believe those are only on earlier engines.

The seal carrier is split in the middle. Given its current orientation, the top (really bottom) half is attached by two Allen heads that thread in through the bottom (really top) half. This is what is preventing the crank from lifting. Then the remaining carrier half is screwed to the back side of the block, and with the crank out, it can be unscrewed. It looks like you were able to extract 2 of the Allen’s, and I think there is one more between them.

There is a third set screw below the first 2 but its blocked from being removed because its partially tucked behind the tail of the crank that attaches to the flywheel. In addition when I do separate what I can of the retainer it appears that the 2 screws I already removed have some kind of sleeve also restricting removal. 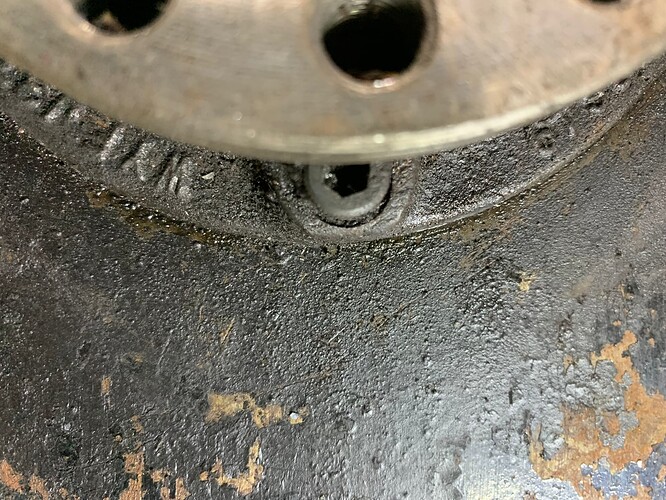 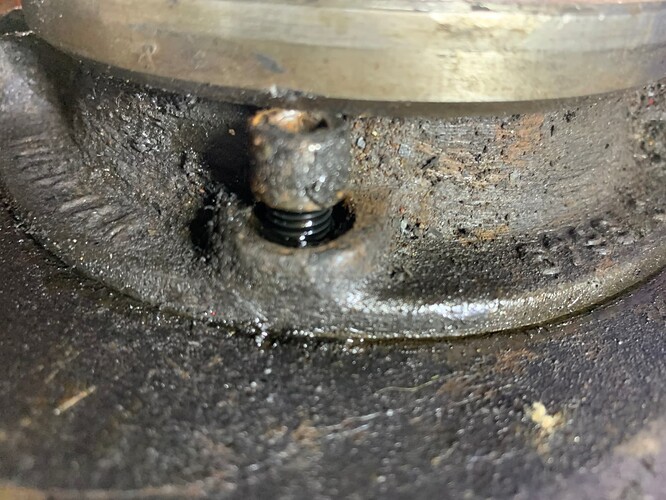 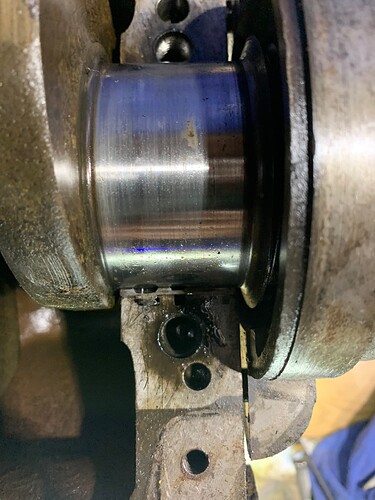 Take a pic looking down from the top (bottom in your pic), I don’t know if you’ve removed the two allens holding the two halves together. There are dowel sleeves in the holes which are a tight fit, they may need a bit of percussive persuasion to release.

Ok I did finally find the 2 Allen bolts to release the halves . They are small and were not visible due to crud. They are relatively small and not coming out with an Allen wrench so I’m going to apply some heat with map gas and failing that I may have to drill them out . I need to get the retainer separated to be able to lift my crank out .

I have had tremendous good fortune using PB Blaster on recalcitrant fasteners.
The formula seeps into the threads so give it a couple applications over a few days.
Insert the Allen Wrench in the bolt bolt and give it a thump with a fair-sized thump - it’ll help release the corrosion inside the bolt hole

Happy you found it. They are not metric and should come out with some force.

You probably won’t need to drill. Maybe try an impact wrench. If you don’t have air, you can use one of the $25 thwacking kind from Craftsman. Flip it over so gravity is with you. Thwack it in both directions to free up corrosion.

Pretty much stripped the hex heads out trying to free them up so went the drill out route on the bolt heads . Now I just need to get out 1 stuck piston 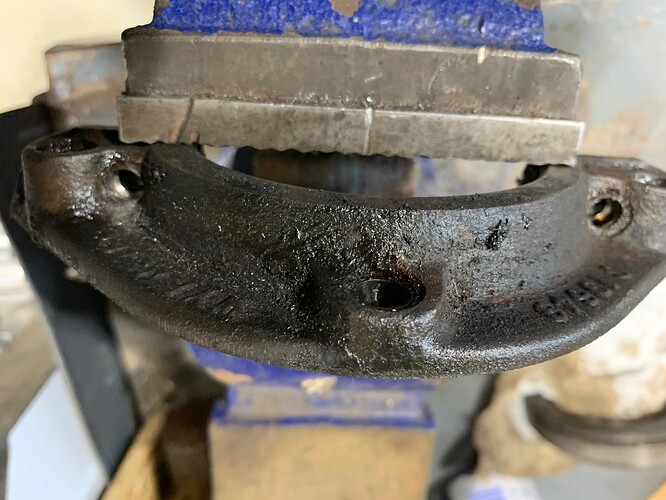 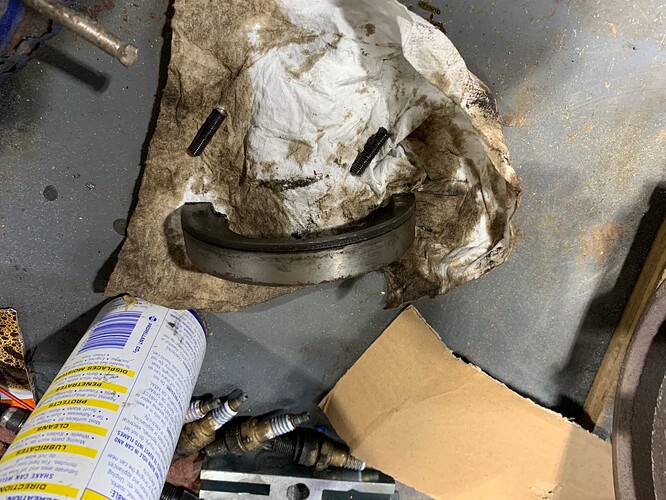 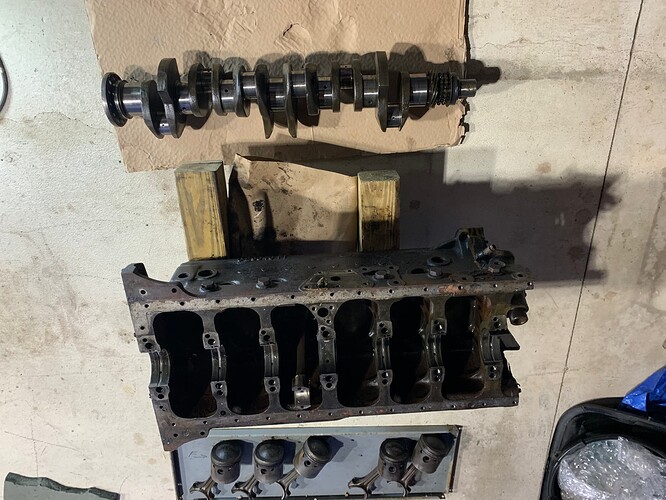 Hammer it back & forth. Wooden block, hardwood, and a big hammer of at least a pound. Plenty of oil as well it’ll come out.