I must be severely limited - I’m finding it impossible to remove my starter - fingers too big or too much stuff in the way. My last attempts brought me to the conclusion that the air tank attached to the firewall must be removed in order to gain access the starter - any feedback? Thanks, Plenker

First I’ll admit - I have not had to R&R the starter with the engine in the car - but just to get a more complete picture:

What have you removed at this point? Are the carbs still on the manifold?

Are you aware of the access hole high and forward in the right hand (probably passenger side) foot well?

On my '66 FHC there were two 9/16th bolts but no nuts as the two bolts bolt to the innards of the starter itself. I lack a hoist so mine had to me dealt with from within the passenger area access hole.
It might be easier for you have it towed to local mech who with hoist can get it out from under as the manifold, vac tank and even the oil filter unit will make it even tougher with the hoist.

PS: I assume you have the factory starter and not an aftermarket gear reduction starter ?

The starter is aftermarket - gear reduction. My plan is to put the re-built original Lucas back on. My problem w/local mechanics - haven’t found one with experience. The current problem is as a result of having one of them work on car - they apparently didn’t secure the starter- so it has worked itself so loose - the bolts are barely engaged to the point that the ground is broken and it won’t function. I may have to haul it the 200 miles to a qualified mechanic. Thanks for input. Paul 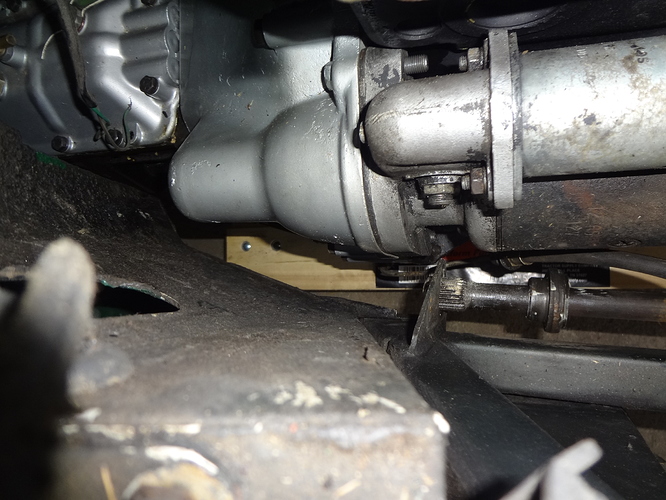 Ok on aftermarket, I don’t think the gear reduction starters use their nuts to ground out the starter (?), but if it’s loose then the your starter gear might not be meshing with the fly wheel at the right angle (?).

I am awaiting my gear reduction starter to replace my dead Lucas. New starter arrives hopefully today. Anyway, pic shows the two bolts thread into the Lucas starter as the starter bolt holes are fine threaded (so not nuts). However, the new gear reduction starters, I am told, require pair of companion nut. I think I have to use the factory backing plate that can be seen in the pic (?).

Who rebuilt your Lucas starter ?

Kepp us posted how it goes,
Patrick
'66FHC
(Florida)

One resource we have in my smallish town is an old starter/alternator re-builder - been here for decades. I was surprised he had /or could find the parts to rebuild my Lucas. But he had it back to me the next day - said it’s good as new.

FWIW (but no help now with removal of your gear-reduction) - I used socket head cap screws when I installed my Lucas starter: 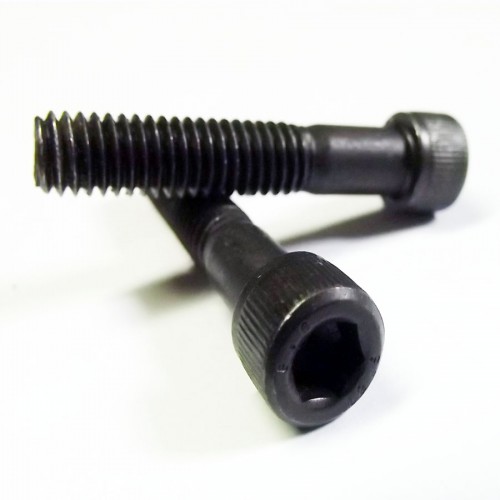 That’s just a Google image, the ones I used were fine thread of course.

This is in the hope it gives me a better chance to get those bolts off using a long and wobbly extension with an Allen wrench on my ratchet.

I also cut a slot for a screw driver into the tip (the forward end as mounted on my S2): 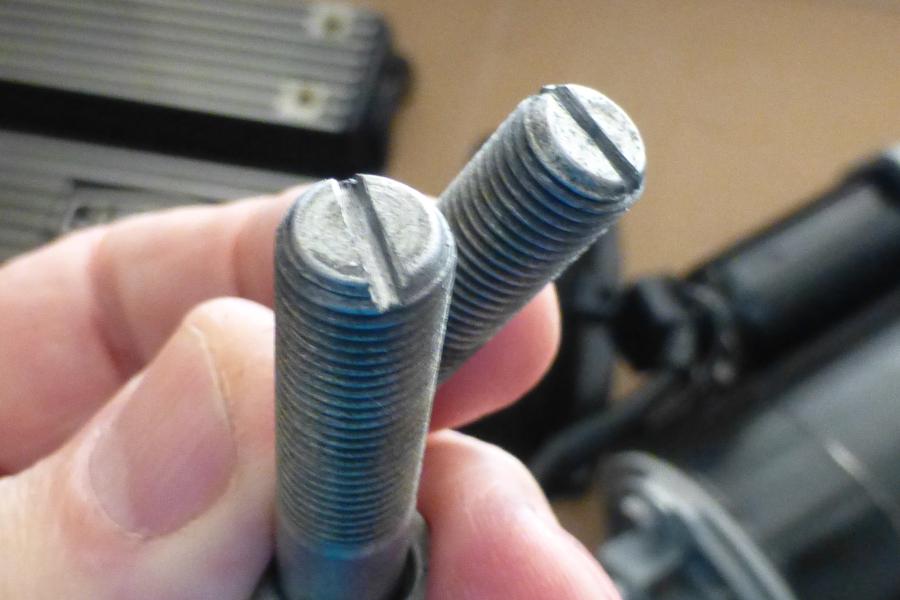 That is just to give me some loosening options from the front end if need be.

Thanks! Great suggestions! . . . one’s I can surely see the benefits. I’m rankled over finding help locally to replacing the problem starter with the Lucas. The one guy who has experience – is the one that apparently didn’t tighten it previously. But, presenting your ideas to him - might be just the correct way to approach the matter. The same guy is doing an engine exchange for my old ’41 Ford V-8 - he’s getting close to completion – I’m anxious not only for that to be done – but also for him to look at this starter issue. Great to have your suggestions. Paul Lenker

Yesterday in got the gear-reduction starter, surprised how tiny it is and the starter gear looks way too small. I assume it’s the same type starter your trying to remove ? No instructions came in the “Platinum” box which noted it was a “remanufactured” starter. 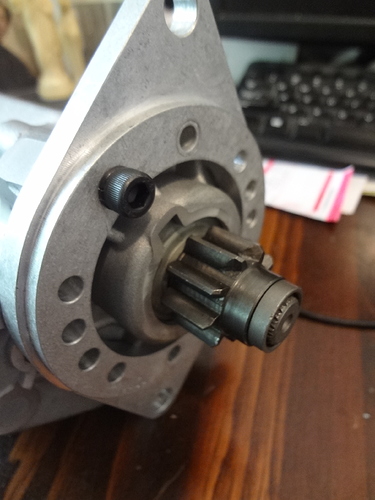 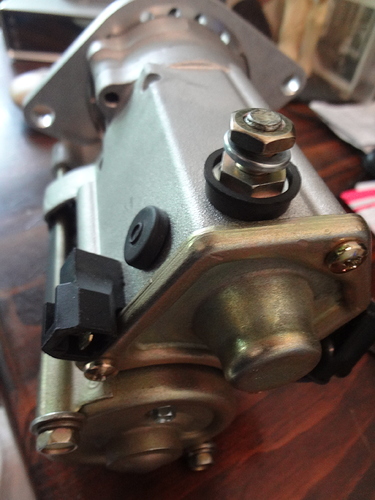 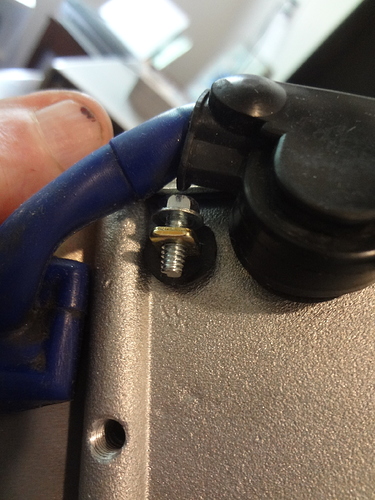 I hope your new starter is of better quality than one tried to have re-built by A-1 - they took it apart and said it’s a cheap import - not rebuildable. That’s when I pulled my old Lucas off the shelf to see if it could be rebuilt- you know the rest of that story.

…No instructions came in the “Platinum” box which noted it was a “remanufactured” starter.

Looks like your new starter may mount with nuts and bolts - not just bolts like the original S2.

If so, you might search and read some prior threads on how S1 owners have come up with ways to make it easier to install and remove that set-up. Here is one example of how to make the nuts ‘captive’ (sorry, don’t know whose it is): 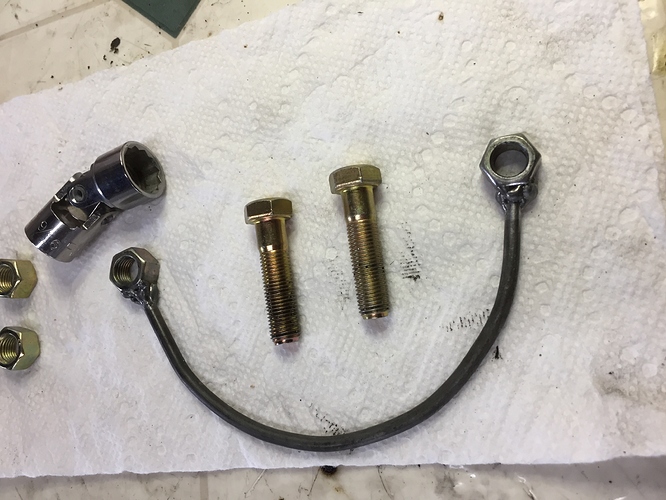 Was unaware of the access hole in RH foot well -(mine is LH steering - so it’s the passenger side as well) - as yet - I have removed nothing except the already loose bolts- the tube chassis looms heavy in trying to work around! I’m likely to push start and drive car to mechanic. I do appreciate your suggested bolt arrangement for mounting the new/old Lucas starter; I inspected my Lucas - as you suggested, the bolt holes are threaded. Now I can focus on how /who will attempt removal of the faulty one and go about sourcing the hex-head bolts for the Lucas. Thanks again! Paul

I sent back the gear-reduction starter, what a mess, it’s wire connectors were on the bottom ! Awaiting repaired original Lucas.

BTW, with the gear-shift/radio cover off, I can get my hand on the upper starter bolt.

Encouraging news!! Thanks I’m curious to talk w/ shop owner that R/R my starter last - to see who in his group is a contortionist - or maybe he removed carpet/dash components / access panels. Of course - this is still the guy who left bolts loose -apparently!