Since I have the exhaust off I am changing the leaky tower seal in my steering rack. Yes, I know, this has about a 50% chance of success, but WTF. Can’t hurt to try. My dilemma is that there is a dust seal that is cracked, that is not included anything but the master seal kit, near as I can tell.

Here is a pic of the snap ring, dust seal, and pinion seal, in the sequence that they go in the rack. 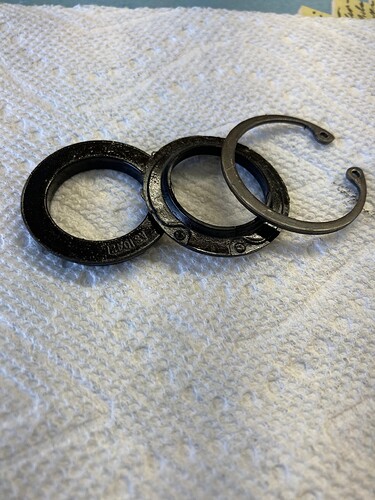 Here are the same parts, flipped over. What I’m calling the dust seal is the part in the middle, indicated by the pen. It is some sort of a bronze washer with a rubber lip seal bonded to it. 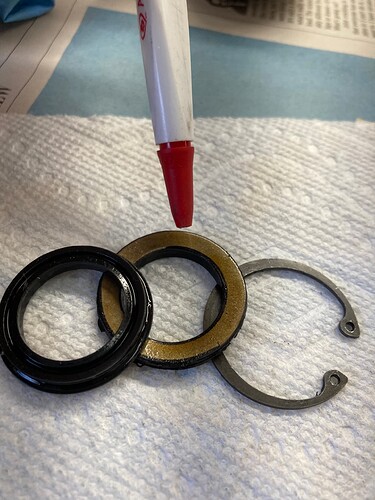 You might try contacting Dick Maury on this. He’s a possible person who knows many of these answers having done a lot of this himself, and having been a chief mechanic at Coventry West before moving on.

Thanks Paul.
@Dick_Maury as always any guidance is appreciated!
Thanks
Bob

Excellent, thanks Dave! I checked all the usual sources and some that aren’t and could not find the part number. I see that SNG has it, and I see from the picture that it includes the dust wiper seal that I am in search of.

In the meantime, I called local dealer, and using the Land Rover part number, which is the RTC number above, they traced it back to a Land Rover seal kit. I ordered one of those from the East Coast for $12. Doesn’t have nearly as many parts, but then I don’t need them all. If I strike out there, I will go with the option you provided. Thanks!

Alrighty then. After much interneting I crossed the rubber coated washer to a land rover part. I called my local JLR dealer (which I never do) and the parts guy was super helpful. The part had been superseded and was now part of a kit. Which he could get out of LA for $118. Ouch. I got the PN from him and went back to the internet. Found the kit at BritPart for $16. Bought it and it is correct. Everything matched. 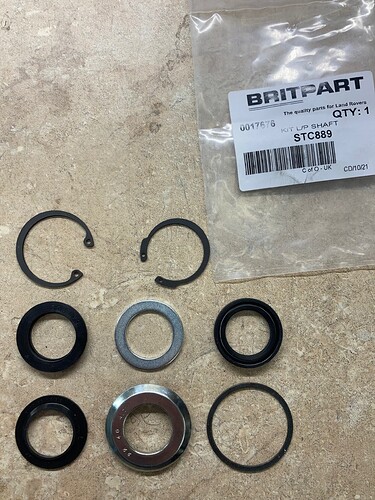 So, remember when I said I was good with a 50/50 chance of success? Well, I did not consider that things could fail worse. As in after my re-seal it leaked worse than before!!

Now have a fresh rack in the car (from Moss) and will be eating cold beans for a few weeks to pay it off. No leaks that I can see after about a half hour of testing.

Pressing the rubber bushings (so I could install urethane) out of the new rack was a minor pain in the arse. I needed a sleeve or piece of pipe that was just the right size to catch the thin metal edge of the rubber bushing, which was pretty close to flush with the rack. Socket wouldn’t work, I couldn’t keep it centered, and these things were really tight in there.
Finally ground flats off of a nut, which had a nice flat face and was able to stay centered, used that to start the bushing out, then a socket to push it the rest of the way through. 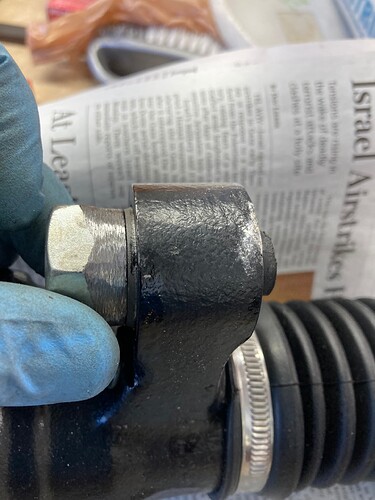 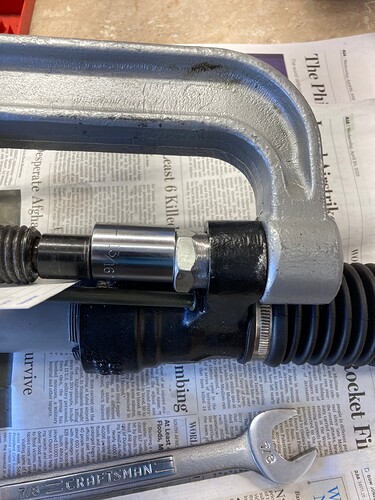 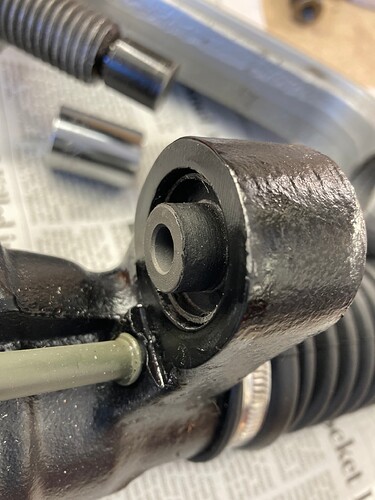 after my re-seal it leaked worse than before!!

Any idea what you did wrong? Perhaps there’s a reason you needed to pay $118?

Now have a fresh rack in the car (from Moss) and will be eating cold beans for a few weeks to pay it off. No leaks that I can see after about a half hour of testing.

I got a rebuild from Coventry West that’s been leakfree. I tried replacing the tower seal on my old rack with no success. Too much hassle to keep taking it in and out. The rack only had 50k miles on it, but I guess age got to the seals.

IIRC, there was some story about that tower seal being stupid expensive. Like, perhaps there’s a cheap one that doesn’t seal and an expensive one that does.

No. I may pull the seal now that the rack is out and do a bit of forensics. The exact same PN was $118 from JLR and $16 from BritPart so I don’t think there was a difference there. All I used from the kit was the secondary washer/lip seal. I already had a new pinion seal from Moss (which was like $30 I think?), and a second one came with the kit. It was pretty easy to change. Maybe I cut or tore it pushing it in there, although I was careful.

I do wonder if the “right” way to change the seal is to remove the tower housing, install the seal, then slide the tower back on. Instead of pushing the seal in while the pinion is sticking thru the tower.

Same P/N means little these days. Apparently some vendors will provide something that looks sorta like the original Jaguar part and happily put the Jaguar P/N on it.

Yup, no argument there. Well, as I said, the seal itself was from Moss and was like $30, so if it wasn’t original or as-good quality then I don’t know where you’d go to get one. I have had good luck with Moss.

The dust seal or whatever you want to call the rubber washer thingy was part of the kit. It doesn’t even have a PN in the Jaguar drawings. It does nothing to prevent fluid leaks, it’s just to keep the dirt out.

if it wasn’t original or as-good quality then I don’t know where you’d go to get one.

I’m trying to give you an excuse for your miserable failure and you keep fighting me on it!

Hah! Thanks! I think…