I’ve decided to replace the yellow engine driven cooling fan and clutch on my 1989 Xj40.

Based on some of the stories I’ve heard it’s a ticking time bomb if it loses a blade and the black replacement fan is far superior. So … any feedback on a good place to purchase the black fan and associated clutch?

decided to replace the yellow engine driven cooling fan and

good place to purchase the black fan and associated clutch

Groove - have you thought about converting to an electric fan(s) setup like the later XJ40s use?

I have thought of converting to later model electric fans, very seriously actually.

I really do love retro fitting things that are more modern and work better. I’ve looked into it and It appears the electric fan shroud would need modifying and then there’s the wiring issue. Not sure if the fans are multi speed and are computer controlled or if they are triggered by water temperature. Also there’s the question of the extra load on the alternator (may or may not be a factor).

Anyone out there with this modification ?? if it’s been successfully done I’m all in

I really do love retro fitting things that are more modern and work better. I’ve looked into it and It appears the electric fan shroud would need modifying and then there’s the wiring issue.

Boy oh boy, today is your lucky day! Here’s a little something to help out with the wiring piece of the puzzle:
Cooling Fans.pdf (29.1 KB)

Thanks Mike for the fan schematic …

Just got back from a run of about 15 miles to Home Depot. Outside temperature 101F. As I was pulling into the garage the water temp gauge showed 3 bars above 90C (221F) … Yikes! Strangely enough when the air temperature is around 80F the gauge rarely even gets to 90C.

2 year old radiator, water level is fine, and I flush the system every 2 years.

I’m a little skeptical of my cooling fan clutch. With the engine stone cold if I give it a spin it will travel about 1/2 turn. When i got back with the hot engine I gave it a spin and it traveled about 2/3 of a turn … that can’t be right !

I watched about a dozen videos about fan clutches and none of them make a lot of sense. Isn’t the clutched designed to more or less free wheel when it’s cold (less noise and engine drag) and lock up with higher temperatures (maximum air flow)?

Another strange thing is that the aux cooling fan only ran for about 5 minutes after I shut off the car. Seems to me with that high a water temp the fan would run quite a bit longer (If I remember correctly the switch for the fan is set somewhere around 91-93C).

What Is An Engine Cooling Fan Clutch | Sun Auto Service

Each component in your engine plays an important roll, your cooling clutch is no different. Understand this important piece of your car's engine so you can identify when it might be failing.

I had a peek at the trusty Haynes manual and found this: 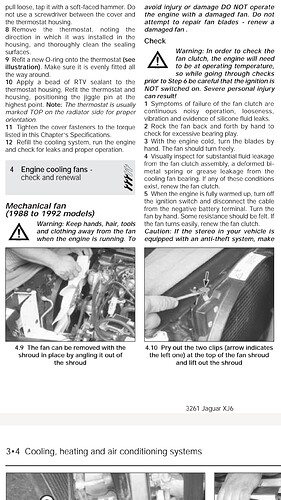 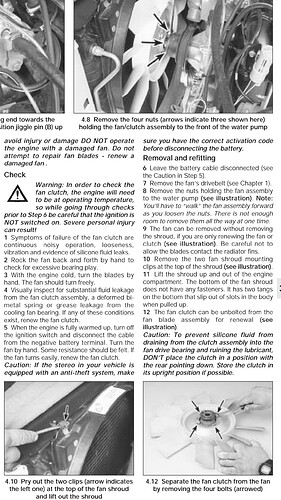 I’d like to know in both conditions when I manually spin the fan how many revolutions should I expect to see ?

James … I rebuilt my head a few years ago so the intake manifold gasket is pretty new. Also I have no indications of a vacuum leak. Engine runs perfectly and idles like a sewing machine at 650 rpm. But I will do a quick smoke test with my very cool tester that I made a few years back, so thanks for the tip.

As I mentioned earlier the videos on YouTtube on checking a fan clutch results are all over the place. 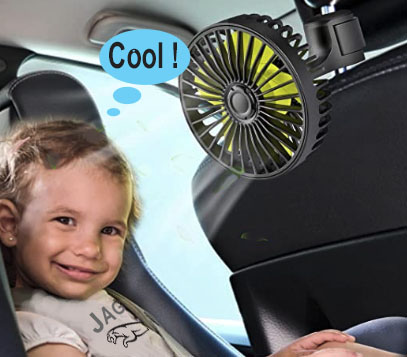 The best answer could be provided by someone with the mechanical fan & clutch that would check their fan’s operation (hello, any takers out there in Jag-loverville?) In the meantime, from the Sun Auto Service info found at the link I previously provided:

“The fan clutch is a thermostatic device, operating based on temperature, that is most often mounted to the fan and on the water pump or other belt-driven pulley. The fan clutch spins loosely until the temperature in the engine reaches a specific level of heat, engaging the clutch…”

I would interpret that as ‘no resistance’ when, as you stated, the car is ‘stone cold’ and varying, greater resistance as the temp increases.

That’s my take on it. Since the fan only rotates 1/2 turn when cold (that dosen’t sound like it’s turning freely) I assume the clutch is bad.

As Mike mentioned I would love a little input from some “mechanical fan” people to see what they observe.

I retro fitted an aftermarket electric fan to my ‘40 years ago (since sold) I think I heath robinson’d a shroud to take up any gaps. The first fan burnt out after a few years but the second one works fine while I remained the custodian.

It’s cold here this morning (3C). I gave the fan on my 92 4 litre a spin and it turned a quarter, as usual. It never spins completely freely. The fan always spins from start. I replaced fan and clutch about three years ago.

It’s been discussed that the original yellow fan is a ticking time bomb if it loses a blade and the black replacement fan is far superior. So … any feedback on a good place to purchase the black fan and associated clutch? 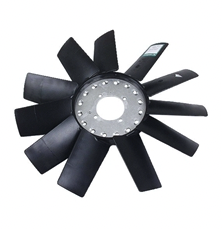 The prices are all over the place with the same part number (EBC 4552) and picture, for example …

So has anyone out there purchased one these ??