8jx16 lattice wheels on XJC. Spacer. (and a story)

And so I finally “acquired” (there is more to this,read on) 4 Jaguar XJS 8jx16 lattice wheels to put on my XJC.
Obviously they fit impeccably to the rear outboard brakes XJS rear axle assembly that is waiting patiently to be fitted to the car. 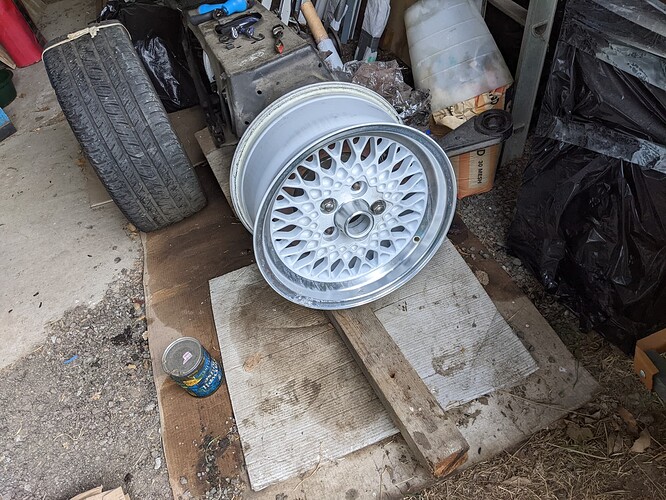 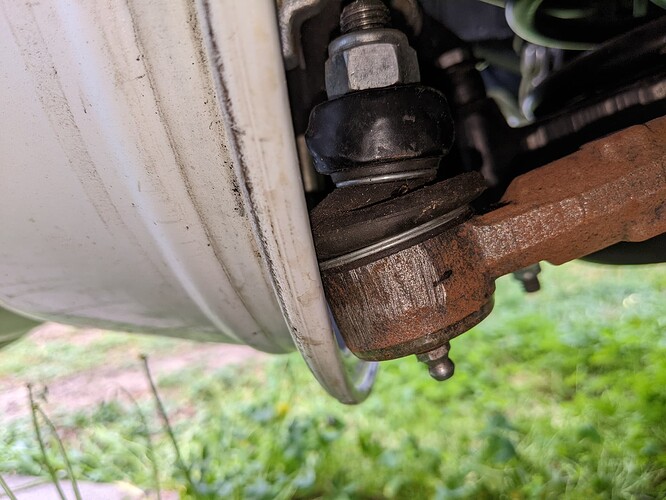 Now for the story. So I “acquired” 4 of these wheels as a set, back in January. They were immediately shipped from the UK by TNT and arrived in the US a couple of days later. Between January and February, they were apparently (tracking website refers) moved from a warehouse to another a countless number of times and eventually disappeared by mid-February, into the US customs vortex.

After a great number of phone calls to FedEx and TNT, the wheels were declared lost, somewhere inside the belly of US customs and I was advised to file an insurance claim…

Contacting US customs was surprisingly easy (although the phone number on their website is no longer in service). They told me that I should expect a 45 BUSINESS days lead-time… They also emailed me that the shipment was not in their possession, had never been, that in fact it does not even exist.

Yesterday, totally unexpectedly, FedEx delivered to my door ONE wheel (hence the photos above taken this morning). Yes ONE f&%#ing wheel!! So I rushed to the FedEx depot last night. After much poking around his computer (because the TNT tracking number does not match the FedEx system… although FedEx recently bought TNT), the fella figured that wheels 2 and cleared customs some time ago in Memphis TN, while wheel no.4 is still awaiting clearance. All 3 items are with US customs in Memphis.

Now, in the middle of this experience, my head is bursting with questions, and I am overwhelmed with a deep pessimism over the future of our species. How can so much go so wrong? To be continued…

how on earth did the whole thing get split? In fact, when we mail car wheels we can hardly put more than two into one box, but for a trans-atlantic shipment I would have assumed that a carrier shipped them in a container as an entire set.

Let’s hope that the rest will follow suit and the wheels find a new home!

Apart from that your pic looks like a lot more than 6 mm are needed to clear the steering rod end. It may be due to perspective, but the angle of the rim rather suggests an inch to be in line with the steering rod.

These look like they should the job.
I am first gonna trial fit washers over the lugs to find the right thickness for clearance. 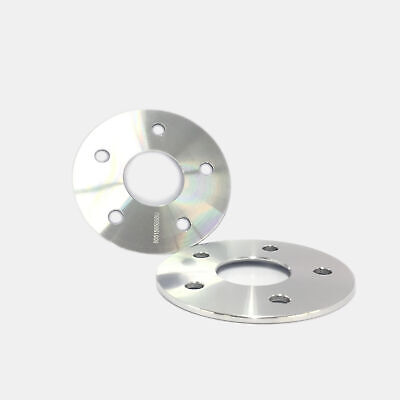 Now, in the middle of this experience, my head is bursting with questions, and I am overwhelmed with a deep pessimism over the future of our species. How can so much go so wrong? To be continued…

**
If you can ever find the answer, Eric - there is still hope for our species…

Lattice 16x8 wheels? Quite a find!

When using the spacers make sure your wheels nuts have a good purchase on the wheel studs. The studs might end up being too short.

Now the hunt is on for even rarer 2 7jx16 lattice wheels, to fit to the front with no spacer…

I contemplated some later wheels for our XJ6. Same issue as OP - binding on the tie rod ends. In the state of New South Wales wheel spacers are illegal unless they came as OE. Went for a nice set of Kent wheels instead. Paul.

I currently have Kents on the XJC and I am tired of them.

Here in the US, anything with wheels and an engine is allowed to do whatever, you know… “freedom”… its actually crazy…

I dont like the idea of spacers to be honest, I am also looking into have the 8J customized down to 7.5J. Stay tuned.

That will be an interesting project. Our car is a 72 sedan and the Kents might be considered an “update”. I guess they’re standard on your car. 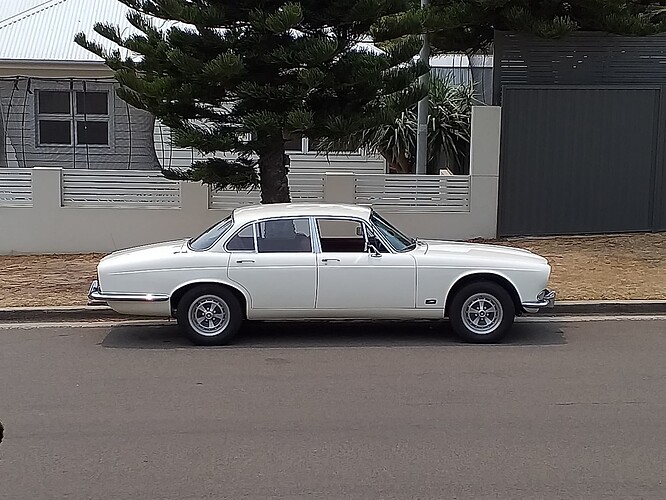 The Kents only come in 15" (to my knowledge). My car is getting fitted with a XJS rear end with outboard brakes (from a XK8). 16" is the minimum size to fit. Thats my excuse

Sounds good to me.

Maybe a very dumb idea Eric, but couldn’t you bent the steering arm just enough to clear the wheels?
6mm doesn’t sound like much, but metallurgy expert I am not.

Not bad. Way back, we heated spindle arms to cleardroped axles on old Fords.

I am nt much for spacers, either. but, the ones that retain the dentrific fit might be OK. The others that are merely gang washers are out!!!

Back in the day we fitted 16" steel disc wheels to our Model a ford to replace th 21 or 19 inch wires. Thos meant loger lug studs to get emough thread engagement to be safe

White; auo had them on display. pind out the old, pound in the new.

I think no the steering arm is cast iron. It might break before it bends no?

It’s a dire warning in the manuals about bending any suspension part to fit, Eric…

I suspect that those parts are not casi iron, but forged steel. Critical.

And so FedEx delivered… one more wheel…

Yippieee!! By Easter you’ll have a set, I guess …

Good luck - and, not wishing to tempt it, maybe you exclude any type of less-than-professional reshaping of that rod end:-) 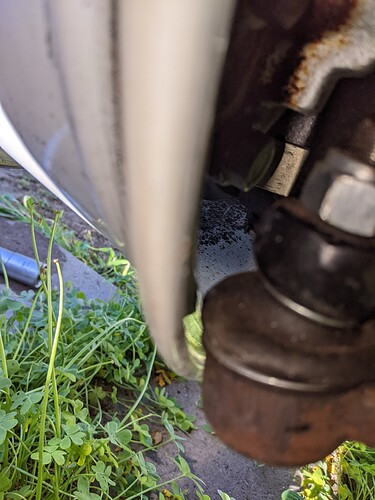 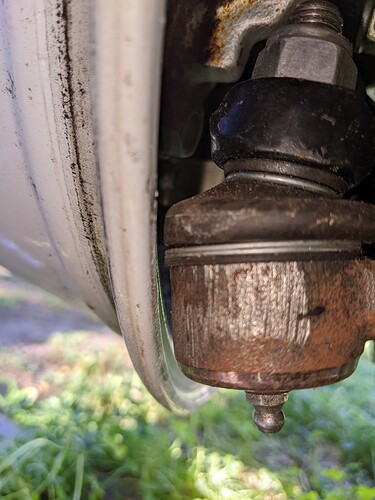 Now still no news on the 2 missing wheels…

I figure that, if worse comes to worst, and they never turn up,since it is unlikely that I would be able to find a pair of identical wheels, I could always go for 2 x 15" lattice wheels at the front…