Hello Folks,
In the process of changing the differential input shaft seal on my 91 Facelift V12 and i cant get the old seal out. Has anyone encountered this difficulty who can offer some advice such as a special tool or a technique i hav’nt thort of~ any advice appreciated. Rgds. Charlie.

Be sure you mark the nut position before as it needs to go to the exact same place.

Many thanx. Your seal looks different to mine. I have a 91 Facelift. Rgds.

There are some different seal designs.
This seal actually leaked from day one and had to be changed.
The second new one did not look the same (I think from SNG Barrat) and worked ok.

Diff seal out.1920×3950 447 KB
Managed to get the seal out using a puller (foto). Hell of a job getting the 3 arms located and slowly tightening~ a eureka moment when i felt the seal break away. This seal looks larger than the one i’ve ordered so think its a different diff to my former XJ12. Never mind. On removing the seal observed a length of nitrile rubber “string” which i removed and placed in the foto. Never seen anything like it could anyone advise what this is and where it comes from? Rgds. 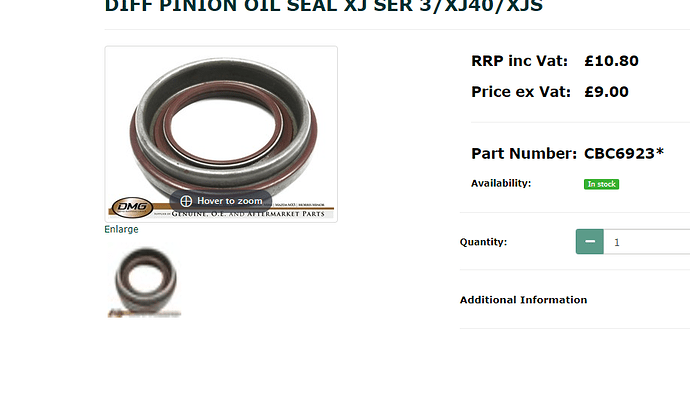 I don’t believe that seal ever changed, although there was mention that early ones were made of leather. I suspect the one you ordered will fit, even if it doesn’t look exactly the same.

Well i certainly hope so will find out tomorrow. As we all know you have to be careful with parts eg i just ordered from Ebay what was described as a Water Pump Belt but when it arrived it turned out to be too small (fotos) and i think they sent a fan belt. Perhaps people assume that the water pump belt is the fan belt which it certainly is’nt. 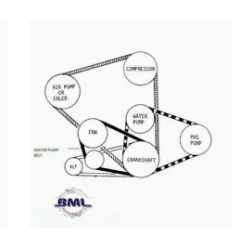