Went to fit my new KYB front shock absorbers yesterday and found that the lower sleeve inside the rubber inserts is 2mm longer than the mount on the wishbone. Have talked with the seller, who double checked with the manufacturer and confirmed that KG 4540 is the correct part for this car. My question is whether there is any difference between the 93.5 year suspension and the 94, since I can’t find any dimensional data on what the measurement should be? Photos attached. 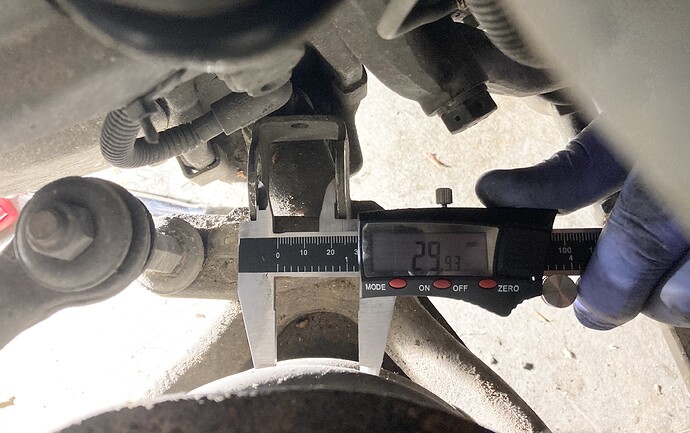 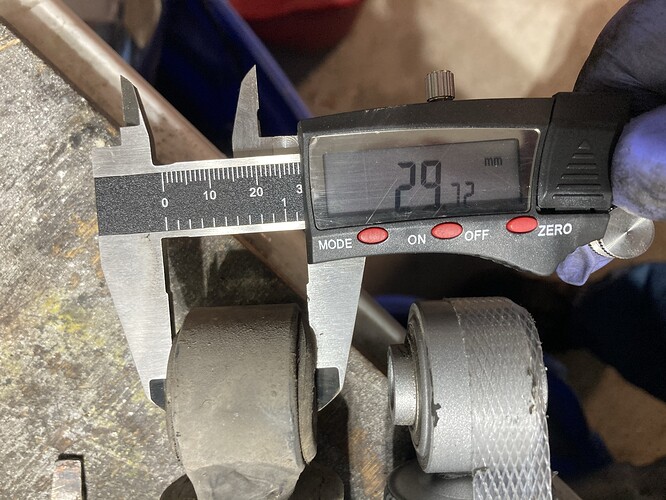 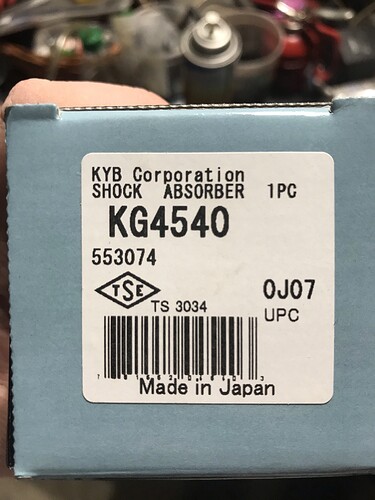 Two immediate solutions come to mind. Hacksaw. Grinder. Unless the mounts have collapsed a little, and could be spread back to where they were before.

A grinder and a file would definitely do it. I am just double checking with the vendor that this is the only issue. Don’t want to shave 2mm off just to find there is another issue further down the installation road. This is why I wanted to make sure that the correct length of the insert is 30mm and not 32, since if it should be 32, then my car’s wishbone mount has been modified to accept the struts I just removed.

Personally, i don’t like KYB, I’d send them back. Right away, you’ve found out a flaw that kyb doesn’t even know about.

Boge/Sachs are the original for this car and are very good quality.

Bilstein are awesome (i run these) but are a bit too stiff for most.

My favorite shock is the Koni Orange (STR.T I think), i run them in my other cars - a very good middle stiffness between Bilstein and Boge/Sachs. But alas, they don’t make them for our cars (yet?)

Thanks, have taken your advice (should have done in the first place) and ordered the Bilstien, returning the KYB. Thanks, just means the car will remain on the jack for another week, but more fun next weekend I guess!

I must admit I just did this damper change to my 1988 XJ-S with the KYB exact same part number.
Probably because they were $62 with free delivery.
They were a direct fit and I’ve had no issues. They stiffened up the ride on the front a bit without making the car ride like a buckboard.
I’m very pleased with them and are just getting ready to do the rear shocks.
Back to your original point though is the dimensions different between our two model years I’m not sure.
Gary…

My car came with KYB Gas adjust shocks up front. The springs were old, and getting the car up in the air was a PITA. I put new springs on the car, and now I could roll my floor jack under the car with no drama. I didn’t know how old the KYB shocks were, so I replaced them with a pair of Boges. Now my floor jack hit the cross-member again.
I removed the Boges, and did some unscientific tests with a bathroom scale. I found that the older KYB shocks had more resistance to being collapsed. The KYB’s went back on the car, and I gained 1/4 of an inch in height, enough for my floor jack to sneak under the cross-member again. Not that this solves any problems, but interesting, though. Now that I have new lower profile tires , I guess I will have to come up with another way to raise the car.

Bilstein are awesome (i run these) but are a bit too stiff for most.

What a hoax. Guessing Greg is a big fan of Snap-On as well…
Whoever pays for Bilstein is wasting money, there is absolutely no difderence between chinese no-name and Bilstein - apart from branded logo. Big corporations are buying brands to kill the competition and give you diversity in the way your new product is “marked”. Bilstein is an absolute no-go since 2012. It’s now a logo of big player just for the purpose of “The Brand”
The only brand left on the market from “oldschool 90’s” that still holds on is Koni, hence the price.

No affiliation here but I understand over 80% of the cars manufactured in the Far East leave the factory with KYB’s on them. There’s some fairly high end vehicles in that mix .
How can they all be wrong. Mind you I’m sure price point has a lot to do with it. The gas adjust give a firmer ride than my original Boges, but I went with larger wheels and lower profile for a more firm ride anyway.
I don’t regret the decision at all.

I meant Bilstein, not KYB - got KYB on my banger now, still good and not even rusty. People don’t get the topic of branding these days. Long ago I’ve purchased cheapest shocks on eBay for £24/pair and Bilstein - £240. Both for the same car, just for perdonal experience. After quick comparison Bilstein went back to seller as expected counterfeit item. Turns out, they were made in China for multiple “brands”. Same batch coding and serial numbers. Same seals, same welding and machining. Just the logo was different. Still, for some people logo is worth one digit in price. Our society is sooo deeply brainwashed with marketing, so badly have no idea for themselves - that branding means everything for them… Just for example - does any Jag owner knows what manufactures Tommy Hilfiger?

You guys really don’t make it easy for someone to make a decision here! I finally reversed my decision to go with Bilstien after do8ng a little more research, cancelled the order, unpacked the KYB and ground off 2mm on the passenger side strut, so is now installed and wheel back on. When I went to do the driver side, I removed the old shock and measured the gap…32mm…which means there was an issue with the passenger side. Driver side installation went like clockwork. I guess I am paying for the sins of prior owners/mechanics! Anyway, thanks for all the assistance, job done, more confused now than ever. What a mess the rubber bushings were in, more crumbs than rubber, so good job I did what I did when I did. Continue on with brakes now. 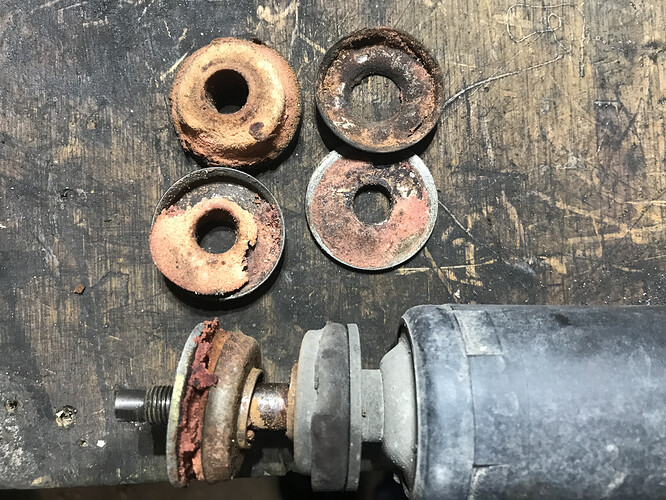 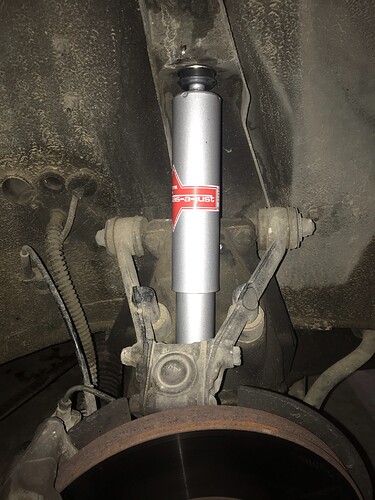 From those pictures, I would say that was a job way over due.
I suppose when I take on a project on these cars I’m always torn between a lot of different things. Originality, product and of course cost. Do you make the upgrade for reliability or just to replace the original or a performance enhancement. As we like to say it’s your car. I would think you will notice a difference in ride and handling from what you had on there.

I guess at the end of the day, we all go with our own experiences, and it really depends on the car too. Bilstein always give me better performance than any other shock I’ve tried. Great cornering, and the suspension never crashes on pot holes. Boge is too soft for me. But I actually removed Bilsteins from my Volvo because they were too harsh with its single wishbone suspension. But Konis were just right for that car. On my Xjs, the Bilsteins work great, probably because of the heavy weight and double wishbone suspension. The original Boge made the car corner too much like a boat.

I am not a sucker to marketing. I try a shock, if i dont like it, i switch. On my Volvo, i tried four different shocks over three years until i finally settled on koni orange. I also prefer gas shocks (which the bilsteins and koni orange are), they seem to last longer.

Also, i call BS, some of the parts may be the same among shocks, but the inside technology is patented, and very different.

Greg, I’m sure everyone’s not thinking your a marketing sucker. I think it comes down to personal preference and what your comfortable with.
Who makes better coffee McD’s or Starbucks. Both great different flavours I suppose.
And I read a lot of your posts for great commentary, opinions and technical savvy by the way. We’re all in this awesome journey together.
I’m a dabbler with a lot more JL’s members experience and knowledge than me. I only offer up my questions, opinions and questions just to keep you all on your toes.
Hey by the way I’ve never had an XJ-S leave me on the side of the road!
I can’t be trying hard enough!

Test drive complete. What a difference, since she actually corners now! Thanks for all the assistance team!

My Subaru Legacy is a 3.0R Spec B - the B stands for Bilstein. Which is fine, but when you need to replace the front struts it’s a lot of money, and a long time to wait for delivery from Germany. I replaced them with KYBs and have had no problems. A new set of KYBs are always going to be better than any fancy set of Bilsteins with 100k on them.

They must have been exactly the same. I mean, its certainly PLAUSIBLE that the insides MIGHT have been different, but I think you definitely solved the case. Looks the same outside, must be the same inside. Case closed. People are so stupid. Buy the cheapest possible shock on eBay, and it’ll be the same as (insert non-KYB branded shock here).

So who makes Tommy Hilfiger clothes, not that anyone here will care. I don’t think I’ve seen anyone wearing that brand since the early 90s. 1990s.

Janusz could be right Veekey, I’ve seen this happen, not with shocks but with other parts.
I guess a discectomy would reveal the truth…

Here is a very interesting video , Britpart vs Lucas, comparing three different parts.
Two had some differences, but one was completely identical, albeit the Lucas part costs more than twice as much… 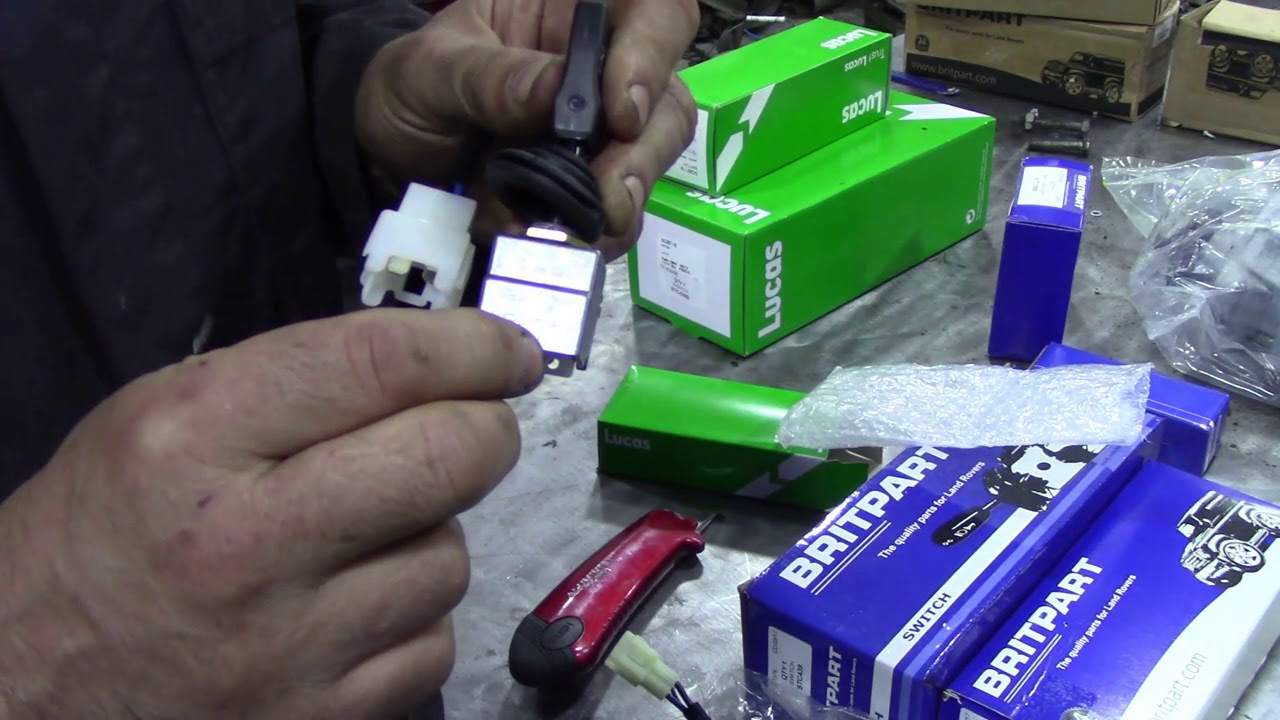 I’m aware this happens. Lucas doesn’t actually make anything. It’s like buying a Beck Arnley part. Its going to be a rebranded part from someone else. Lucas used to make things, but that was two lifetimes ago.

Unfortunately, just because a cheap shock looks like an expensive shock, doesn’t mean they’re the same. I wouldn’t be surprised if the same assembly line that puts together a Bilstein shock from 9am to 5pm, doesn’t assemble a different product from 7pm to 3am. If they can get the people to work the hours, that assembly line isn’t making anyone money with the lights turned off, but that doesn’t mean that its the same quality shock.

Here’s the problem. Janusz is trying to tell us that Britpart, Lucas and no-name eBay seller are all the same. No way. I’ll believe that when you buy a Beck Arnley shock, you might actually be buying a Bilstein bulk part. I’m not buying that non-name eBay seller is selling the same for 10% of the price. There are resellers that figured out how to make money by reselling other fabricators parts, but the no name eBay seller at 10%? No way. It may look like a Bilstein, but its not the same.

Go back to Janusz’s question regarding Hilfiger. Who cares? People buy designers clothes because they like the look, the brand, or hell, even the quality. Just because it’s made in China, India, or even in the same factory that also churns out fakes, doesn’t mean that the fakes are of the same quality, or that the real ones are as cheap as the fakes. Bilstein and Hilfiger have a different standard for QC than the no name brands, or the knockoffs. I know I can return a Bilstein, you can’t return the $25 shock.