A call to all Carb experts

Having some trouble with my Yamaha XS750, the classic “it run when parked” story.
The bike had sat for 10 months or so, running perfect before, after a major rebuild, bored cylinders, new pistons and rings, complete head job, carbs rebuild and all.

Engine started right away but once I closed the choke the idle was very lumpy and the bike drove like a dog.
Took the carbs out, gave them a clean, no visible issues, put them back but same same.
Took them out again, did more of a clean and concentrated at the idle/pilot jet.

Now the idle is fine but a have a serious hesitation/misfire on low pm (off idle) when driving.
After 2.000 rpm works perfect and doesn’t miss a beat.
Carbs are Mikuni RS38, synched but pilot/air screws are adjusted by ear.
Puling the choke does not make any difference.

Any ideas besides the obvious take the carbs out again?

When they sit the low speed jet for the idle circuit gets varnished. I have found a needle nose vise grip pulling out a single strand from a steel wire brush will get you a serviceable jet cleaner.

Other possibility is a pinhole or small crack in the slide diaphragm.

Thanks for the reply Jim.

I tried the trick with the very thin wire, cleaned every little hole and passage, mounted the carbs without the filter box, had a test drive and all was well… mounted back the filter box (big PITA) all well for the first ten minutes and then the problem returned… one cylinder is not idling… maybe some piece of dirt that’s dislodged and blocks some tiny hole? Don’t know but it’s very frustrating.

I guess I have to take the carbs out (again) to investigate further.
This time I am borrowing an ultrasonic cleaner to clean them.
Diaphragms are relatively new but will check them again.

From your running description, sounds like blockage in an air bleed or in a transition port in the idle circuit. In these situations some tasting of hydrocarbons may be necessary. Pull the carbs off. Take one of the pink float over flow tubes off. You’re going to blow thru it so clean it up a bit. With the carbs off, bowls off…blow in the air jet opening in the mouth of each carb.

Whichever hole squirts out juice is the pilot (idle circuit) air bleed. Compare airflow to the jet in all 3 carbs. If identical the air path is clear. (You can also squirt juice in the air jet, but it’s hard to see the difference in flow. You can feel blockage with your breath)

There’s an idle outlet port that the screw adjusts. Look at the butterfly position in each carb. If one butterfly is open way beyond the idle port it’s likely the one with junk in it. (Youre compensating with adjustments (air sync or screw turns for the reduced fuel flow) Pull the screw and look for tiny dirt particles. With PJ removed take the carb cleaner hose and squirt directly into the outlet in the venturi. Collect it on a paper towel. Look for tiny dirt. Put the squirter in the carb body spot where the PJ was, plug the air inlet with your finger, open the butterfly, and watch the juice come out the 3 holes. Compare each carb flow out each hole with each other. Each of the 3 holes should flow robustly. If not try to back flush. You cannot believe how small a particle can ruin performance.
Have a beer to get the taste out of your mouth.
Hope you found it!

Thank you all for you replies.

Carbs went out again, cleaned with ultrasonic cleaner (twice), blown every orifice with water and then with air, all jets sparkling clean, and no holes on the diaphragms. 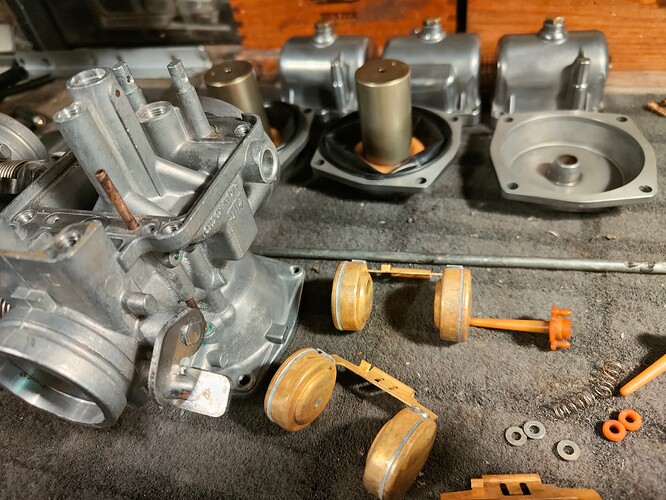 Even made a special tool to measure float height very precisely. 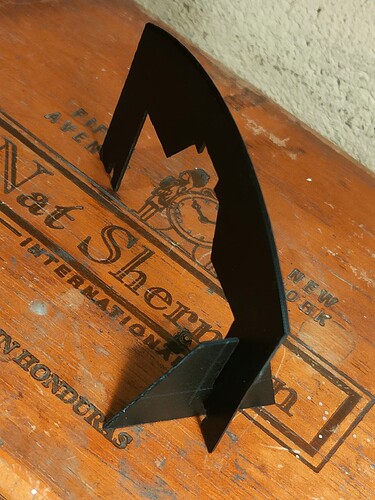 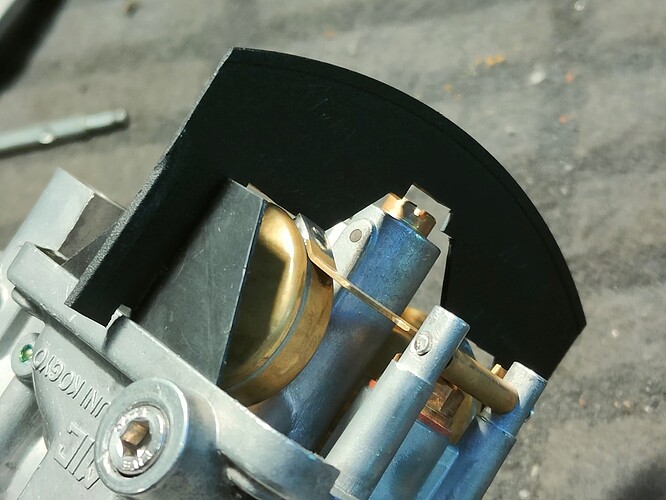 I found two faults:
Gas supply line was partially blocked in one carb.
One needle was higher because I had put a spacer at the wrong place.

Idle is perfect, overall much better but still some hesitation and no power from idle to about 1.500rpm when the engine wakes up and the bike flies away.
The problem seams to get worse as the engine warms up. This would indeed indicate lean mixture.
Otherwise it’s very smooth and responsive.

I’m very perplexed…
I’m starting to believe that it might not be the carbs but maybe ignition?
I ordered a timing light to check the timing.

From your running description, sounds like blockage in an air bleed or in a transition port in the idle circuit.

That’s exactly what I also thought… but after cleaning the carbs three times one would think that it has been addressed.

And thank you very much for the detailed instructions, but unfortunately the carbs are already assembled and installed…

The problem seems to get worse as the engine warms up. This would indeed indicate lean mixture

It would indicate a rich mixture. The cold engine needs it rich but starts to drown when it gets to temperature. Hesitation when opening the throttle can also be a sign of it being too rich. Now I don’t know these carbs at all but I would try to lean it out a little.

Why does it run better on the choke - because presumably the choke also adds air so it has a bit more speed to run?

Vacuum leak? At idle where the vacuum is the highest it will run fine but when it goes above idle vacuum drops and the leak affects the mixture less, which makes it much richer until (as far as I understand the device) the main jets come into full operation, and these aren’t set excessively rich.

It would indicate a rich mixture.

Will lean the mixture and see if it makes a difference.

Well, found the problem!
A clogged exhaust.
Had used steel wool to make it quiet, it was too loud, and it slowly got compacted and clogged the exhaust.
Removed everything and engine works like a charm.
5th gear now pulls from 35km/h…!

Have to find a new exhaust. Way too loud for my taste.

If 90% of all carburetion problems are ignition, that leaves a lot less than 10% for exhaust. Glad you found “the needle in the hay stack” Aristides.