A matter of paint

Hey just thinking thinking out loud here. Opinions welcome. I’m wondering if I should take the plunge and get the old girl painted (the car too) LOL.
I always had this thing about keeping the original paint for whatever reasons, but after 33 years of age she’s getting her share of door dings, scratches, rock chips you name it. She’s a good 10 foot away looker as we would say.
Part two of my question would be , if I paint it, should I do it with the exact same colour or take the opportunity to maybe go a slightly darker shade of blue. Currently its Solent Blue. Which always takes on a different hue in different levels of light, sunny vs cloudy days.
Like I say I’m open to suggestions.

It’ll be cheaper for you to stick with the original colors, as door jambs and trunk will likely not be repainted?

I had my car repainted about two years ago. Definitely did not regret it. The clear coat was in bad shape, so there was no question about whether it should be done.

Should you decide to go with another color, it really blows open the possibilities.

i agree about original colors because of costs to do jambs etc. any paint anymore is very expensive… not like the old enamel days at 25 dollars per gallon

You could get away with a very small variance in hue, that could have an overall different effect in the general aspect of the car but close enough to the original as to fool the eye at the door jambs and the unpainted areas.
That’s what I am going to do in my Mercedes, make the blue a little greener that I like much better.

But otherwise yes, the original colour would be the easiest choice

I always had this thing about keeping the original paint

Pick a color that is reasonably close to what you have but is prettier, like something in a metallic pearlescent.

And my advice on finding a paint shop: Get quotes from at least three shops, then throw the quotes away and go with the shop that impressed you the best.

And strip the car before you take it in. Remove all the trim you don’t want painted.

If you the old girl the sanding will be a lot more fun than sanding the car, and there won’t be any jams to worry about.

Even if you plan on doing a lot of the prep work yourself (remove everything,) changing the color will open you up to a world of hurt. Keep the color as is and maybe do a Kirby says and add some pearl to the mix.

Kirby to be honest with you( maybe i’m misinformed) but a couple of thoughts come to mind.
I would always think that a factory paint job from the manufacturer was always better than any paint shop. (I’ll circle back to that one in a minute) . The other thing is I always had pride in saying not only that ,but that’s the original paint on that car! Warts and all. I get invited to a lot of these car shows where these people have awesome looking paint jobs on their 1962 Thunderbirds for example and puff their chest out telling me how perfect their car looks. Im not sure I’m all about that.
My current problem would be is a lot of paint less repair shops won’t touch these cars, since they’re made from thicker metal than the cars made from today which they can manipulate a lot easier.
I’m not sure of that the Jaguar paint quality would be the best in 1988 but clear-coat looked like a relatively new idea in the mid 80’s. ( i sold a ton of Ford Tempo’s in regatta blue clear-coat for my buddies Ford dealership in 1985) Anyhew just to circle back, my good buddy and best friend (who made way more money than me) would take his new Testerossa Miami Vice Ferrari, ship it to some paint paint shop in California and tell them to strip the factory paint and give it a real paint job for $20K. I could never figure it out but apparently the factory paint job was not up to snuff!

Solent blue is a nice color.

Thank you very much for saying that. I’ll just include a couple of pictures (not to brag) but far from perfect. She’s still not half bad for her age. I think there’s a day that will will come where this paint will need to happen. I’m not sure I want the perfect car. It comes from a factory in England years ago and I dont mind a little patina and history.
I think I’ve hit a crossroads but I appreciate all your comments as food for thought. I’m not offended in anyway, which is why I started this post just to get a feel for what everyone is doing.Thank you all once again. 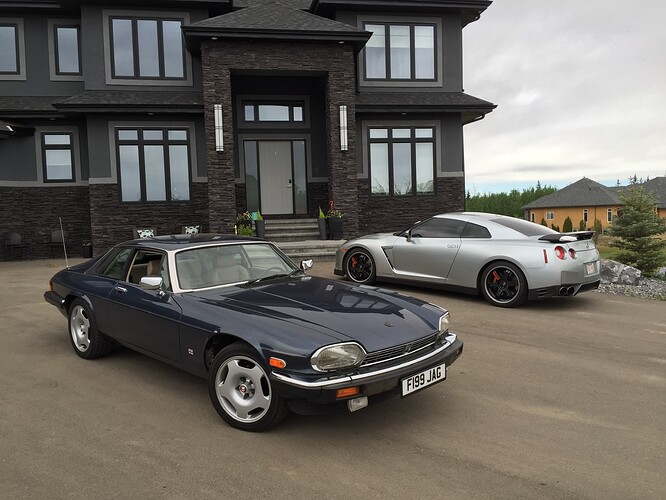 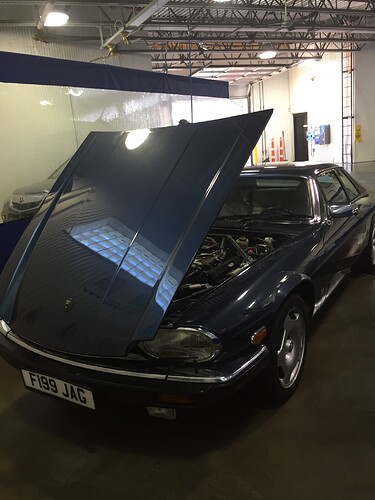 The pictures say that, that’s a pretty sweet looking ride, you got there

Thank you for saying that. I’m borderline on the cusp of a little patina (as a driver) to not letting the car get too scruffy looking if that makes any sense. I’m not calling it a classic by any sense of the word, but I still try to to park it away from the busy stalls at the shopping centres. This past summer I parked it away from the doors at the grocery store in a fairly baron area, only to come out and find someone and flung a shopping car down the side of the driver’s door leaving a series of door dings . I try to remind myself it’s just a car. Maybe pride of ownership,But like I said earlier it’s getting near impossible to find a paint-less dent removal company that will touch these older cars. I could get the whole door done but they never seem to match up. Hence the thought of why not just do the whole car and be done with it.

I could get the whole door done but they never seem to match up. Hence the thought of why not just do the whole car and be done with it.

Yeah, I forgot to mention that. It’s a good idea to go with some common paint color so that when/if you get dings or scratches, you can just tell the shop what color the paint is and they know how to match it perfectly. My car was Sebring Red – mostly, it had a couple of different tints here and there – and I had it painted Electric Current, a metallic pearlescent color used on Ford trucks.

I still try to to park it away from the busy stalls at the shopping centres. This past summer I parked it away from the doors at the grocery store in a fairly baron area, only to come out and find someone and flung a shopping car down the side of the driver’s door leaving a series of door dings

Its interesting that after going out of your way to park alone, you end up with the same dents and scratches that you were trying to avoid.

Through the years it become common practice to park as far away from the crowds as possible. The interesting thing about this practice is it’s (seemingly mystical) inherent ability to attract unwanted objects. There have been times where, even in an entirely empty parking lot, I have parked my motorcycle or car far away from the entrance, only to find someone parked right next to me upon my return. WTF

I try to remind myself it’s just a car. Maybe pride of ownership

Well, I don’t think “just a car” appropriately applies to an acceptable example of an XJS. I think the XJS is befitting of this old saying
“When you Fords, the whole world Fords right along with you. But when you Rolls, you Rolls alone”

Its interesting that after going out of your way to park alone, you end up with the same dents and scratches that you were trying to avoid.

I’ve been parking at the far end of the parking lot for years – even when driving my Japanese appliances. That end of the lot is typically totally vacant when I park there. Often, however, when I get back there are two or three cars parked right next to mine. Makes me want to strangle somebody. It’s something about how human beings long to congregate, I guess. They see a car parked there and something in their lizard brains says “That guy chose that spot, must be something good about it.”

Oddly enough, I seem to have better luck parking just slightly farther away than the most distant cars in the lot. That way one could conclude I parked there when the place was just a bit busier than it is now and that was the closest available space at the time. Nobody seems to park next to me, they just continue their relentless search for the closest available space.

SWMBO’s worst nightmare is ending up parked next to some giant SUV. They’re too big for the space to begin with, and she imagines the back seat populated by incorrigible children who, upon the engine shutting off, scream “Yay!” and swing open the back doors into the cars in adjoining spaces before their parents even have their seat belts unfastened.

I will never park my XJ-S or MGB on the street unless in the first space; afraid that some yahoo in a SUV or pickup will back into it pulling out. By the time their back up camera and parking sensors kick on, they will have already backed over at 30mph.

As i recall, even as late as the mid 50’s body men had little trouble working the steel in USA cars. Imports, rare then, a different thing. Nowadays, it is not the thickness of the steel, but the purity. Welding it is 'fun".

Circa 75, I got a connected friend to get me a gallon of good auto paint. He had a friend in the business. A deal at 50 bucks!!! It was really good stuff…

Never like the idea of re-painting a car with something other than the OEM color. Just seems like it would almost impossible to get all parts of the car painted with the new color. I’ve heard also a mismatching repaint really takes $$ (and points) off a car, probably for the same reason.

If you do go with a repaint, be sure the shop gives her TWO coats of clearcoat, just like OEM. I realize though you’re up in

, so you probably don’t have an issue with clearcoat peeling due to hot weather, sun, etc. It’s horrible here …

Are you SURE that 33-y.o. paint is original? I don’t even see ANY loss of clearcoat …

That’s almost unheard of (unless it has been kept garaged, under a tarp, etc. most of its life). Here in N TX the clearcoat would be toast after just five years or so of exposure