In 1979, my father and I bought a 1956 XK140 MC OTS as a father/son restoration project. It didn’t run, but it seemed to have all its bits and a lot of options. My father retired in the mid 80s, built a shop and proceeded to take the 140 apart while I was living in another city. The defect which took the car off the road was a dropped valve which beat a large hole in #6 piston and the crap out of the combustion chamber before embedding itself in the piston. So far, so good, except my father decided to restore his1969 E-Type rather than deal with the rust and crud on the 140. So the 140 languished to the side and on the shelves of his shop for the next 25 years.

My father died in 2015 at age 94. I am now the age he was when he left the 140 project for his beloved E-Type. As a sick joke (or so it seems at times), he left me this huge puzzle–putting together a car I did not take apart. And just to make it more interesting, there were old E-Type parts on his shelves intermingled with 140 bits and Austin-Healey parts. So I moved everything to my much smaller garage and started sorting. He labeled everything, like the good engineer he was, but his descriptions were not always descriptive enough. Sometimes he just wrote left and right. But what the hell was it? XK 140 Explored saved me.

His goal was always to build a rolling chassis and leave the body work and paint to someone else. So without thinking, that became my goal as well. There were things he could have done that I farmed out, like building the engine, but a rolling chassis was always my goal. Friends asked to come over to see it (when friends could do that type of thing), but I always said wait until the engine is in. It will be much more impressive. That milestone has now been reached. I have yet to start it, and some parts are awaiting other bits before final assembly, but it looks the part. And that feels pretty good. 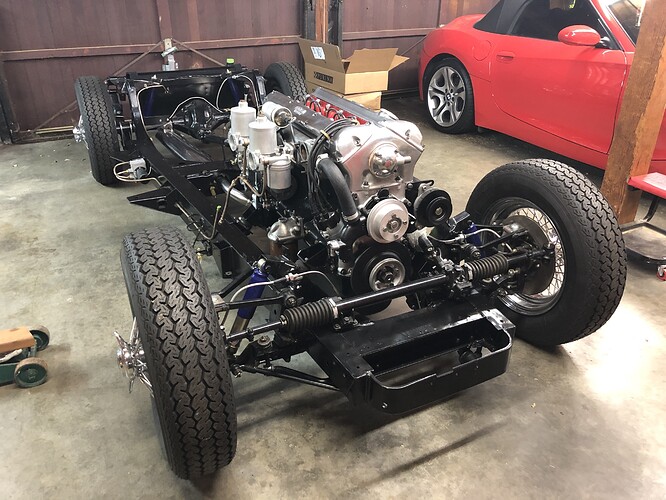 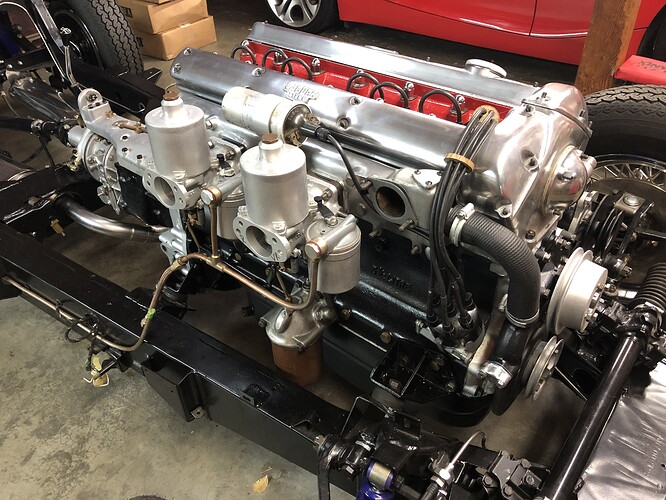 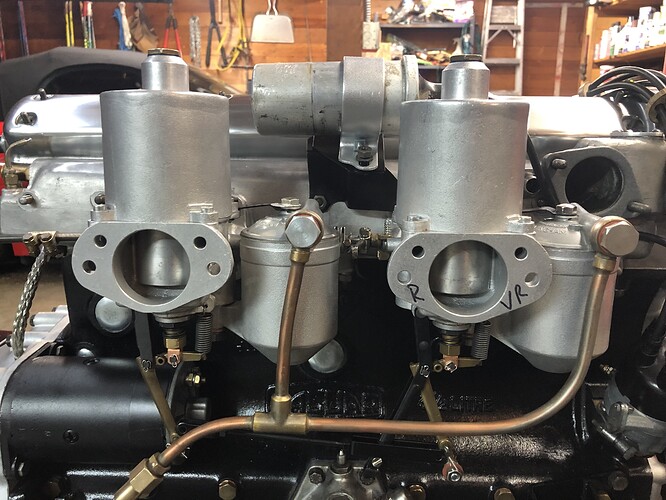 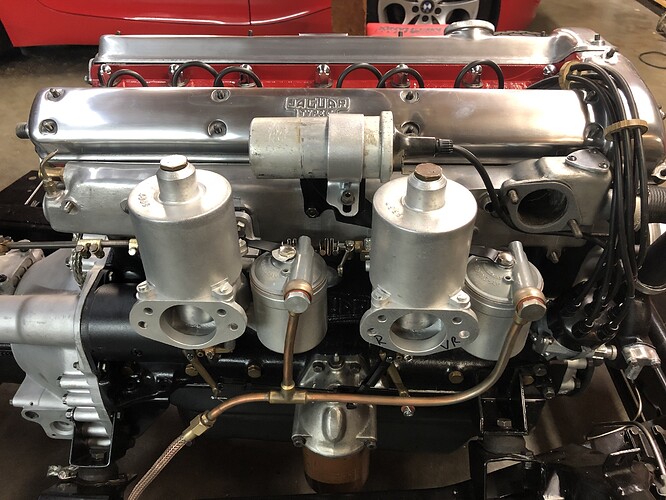 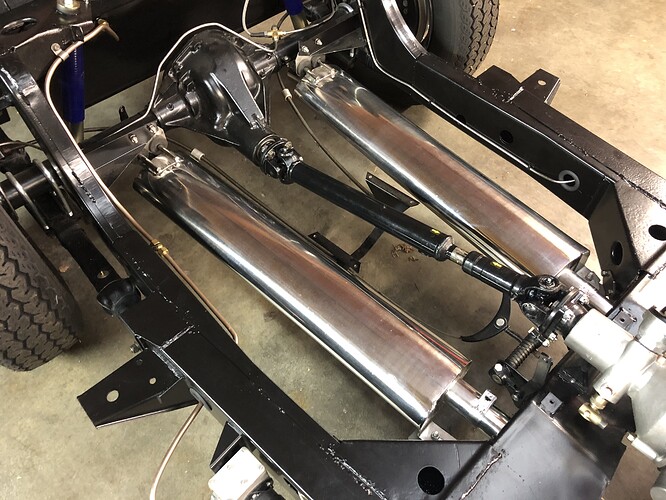 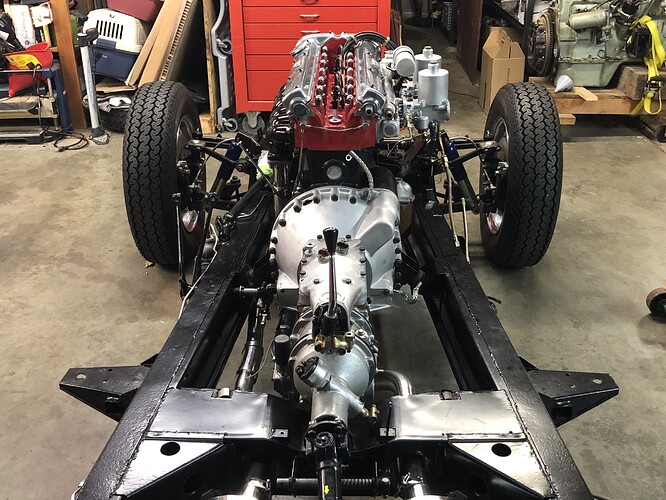 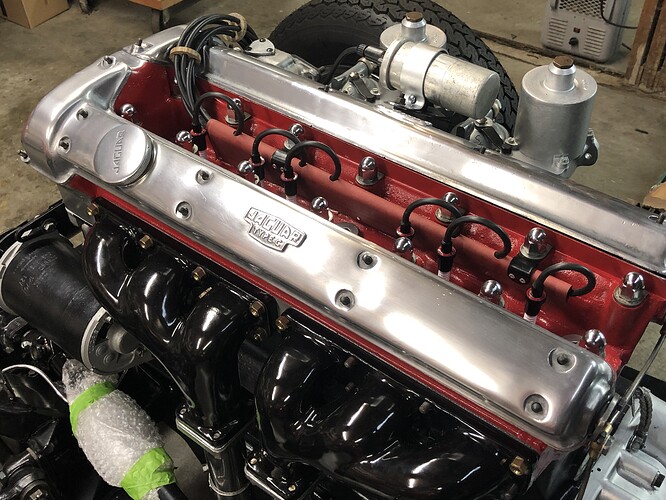 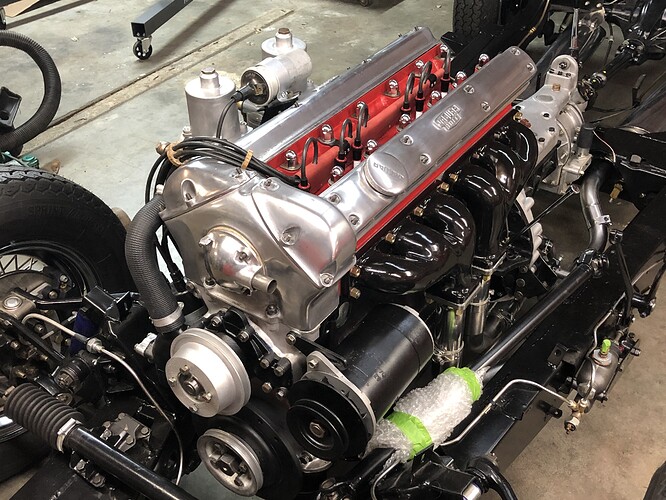 Well done! You are now half way to a finished car​:scream:

I have several XKs, all finished and running well.
My dream would be to have a rolling chassis, just like yours, among the other cars. Great fun when having friends over, whenever that will be as you say. When I explain to friends that this was the last chassisbuilt sportscar that Jaguar built, they don´t understand…A body on a trolley, parked beside, would be ideal for that purpose, or the great b/w factory photos from when bodies were lowered onto the chassis, with 5-6 workers assisting with shims and final positioning😂

Fantastic attention to detail and a great story.
Keep going!!

This is no time to stand around taking pictures. Get working.

I’m so very glad you didn’t paint the differential orange.

You are a champ. Excellent work.

Were they normally orange? If so, won’t precious concours d’arrogance points be lost?

I think the early black was so bad it self-jettisoned leaving the impression they were in primer on purpose.

the early black was so bad it self-jettisoned

Ha, ha. Partly right, Mitch, they dipped the diff casting in the orange Glyptal before any machining, then failed to clean it after the machining and welding, and the black didn’t stick to the oily dirty orange, fell off. People WILL insist on orange, but they fail to examine the machined faces where it was cut off, and the welds where the orange burned off but the black stuck. And the rear cover which never had any orange.
An orange diff should be a deduction in shows where the chassis is judged.

I’ glad I got it right, if just by happenstance. The orange diff color always looked like it was an undercoat to me. I do have the original tag on the diff showing it is a 4.27.

The Glyptal (or other brand name) is actually a sealer, and is only important on the inside, to seal in the microscopic sand particles remaining in the boundary transition layer of the rough cast surface after the raw casting has been shot blasted at the foundry. If they had only sprayed or brushed the inside, as they did with engine blocks and gearbox cases, we probably would never have this discussion. The casting was clean and dry, so the orange stuck very well. The machining operations inside cut the orange and the sand particles away on the flat surfaces, so you only see the orange on the rough cast surfaces inside. 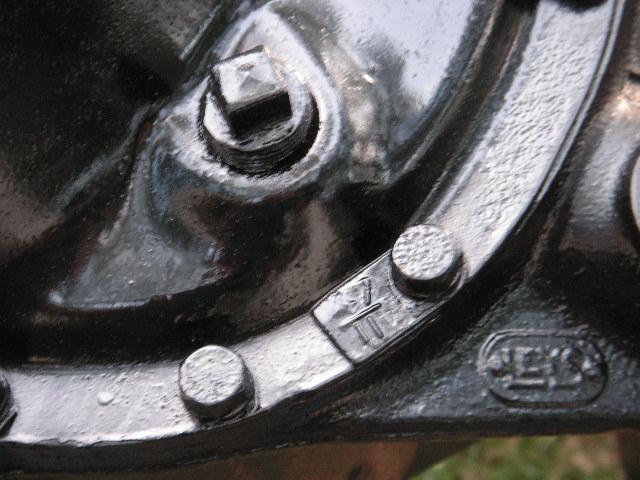