Apologies don’t want to beat this one to death again.
But here I go anyway. I thought I had this all sorted last summer.
Not seeing a lot of adjustments on the AAV screw, but it looks
Like I’m little off again according to specs.
I’m ok with a little less idle speed, as My AC needs replacing
Anyway. Is the idle set at 750 RPM to compensate for when
The AC kicks in? I’m not having any fan speed overheating
Issues. Rather than pull the AAV can I just pull out the
Adjustment screw and clean up the air passage way?
I haven’t put a rebuild kit in from John John (Jonas) but
Maybe its time.
I think the wax ball could just be getting lazy from age. 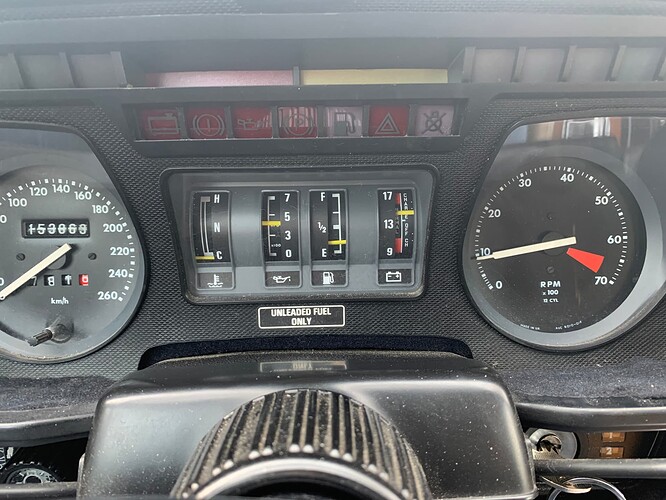 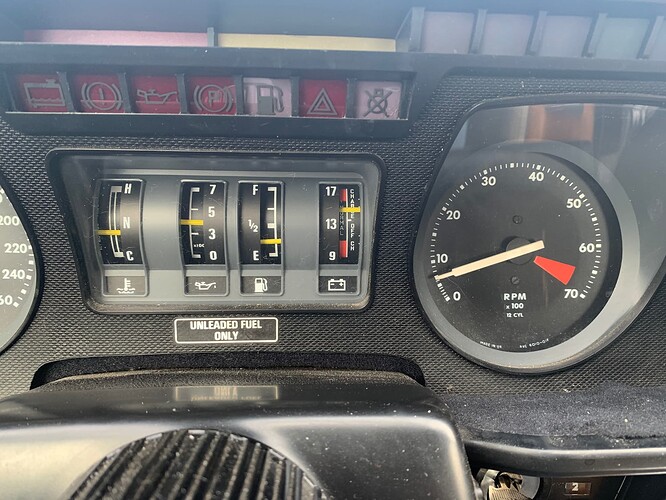 The 750rpm is I think with AC off. When A/C turns on, there is the extra air valve (the one on the A bank intake) that turns on (same one used by 45 second timer) that allows extra air to keep the idle up.

If you have original AAV, I would just go ahead and get it rebuilt by John John. It will eventually fail, or just mess up your readings/adjustments.

Thanks, That’s what I was thinking.

Also, I do not rely on gauges for anything (only MPH and Fuel). I bought a timing gun that also has RPM. Sure enough, my tachometer is a tiny bit off, reading 50rpm too low. So 700RPM on my tach really means 750. So if your tach is also reading a bit low like mine, then you’re spot on.

Gary, my 2 cents is that if you cannot adjust that fully warmed up engine by turning the AAV screw/bolt, then it would be time to seriously consider overhaul that AAV. As Kirby points out, some considerations regards idle speed are the effect on oil pressure and coolant circulation by water pump. Spec says 750 plus/minus 50. I would rather see yours a little higher than what shows in your picture of the warmed up engine. Just my opinion.

In the archives seems like I remember there being a good discussion of AAV aperatures, and how to check yours, and how to rebuild.

And Jonas offers that he will either rebuild yours or sell you the rebuild items.

Agreed, I was looking for contact info of John John or
Website to buy the kit. Also would like to by the plug he sells
For the front of the engine.

Here’s his items on ebay.
Plug

I would send in your AAV unless you know how to rebuild it? Yes, will take a bit of time with shipping, but worth it IMO. That’s what I did. Also, the AAVs differed very slightly year to year and region to region. By sending yours in, he will know exactly what it needs to remain the same.

I ordered the AAV rebuild kit, and instructions are quite easy to follow, but you need a press of some sort, and take your time.

I got the plug, very nice, indeed, and also more of John_John , like the radiator bleading and oil banjo screws + washers, auliminium half moons…

That’s interesting, and good information, I guess I’m on the lookout for a timing gun

Jonas sells through his eBay site which is jag-improver. I have purchased items from him. Good quality stuff.

I have an old induction timing light that I no longer use. I can make you a good deal if you want it. You can pm me if interested

The fact that the idle screw has no effect sure points to a problem with the AAV valve and I think it’s good that you are changing it…
But a lazy AAV valve would result to a High idle as the bulb expands and closes the air passage as the engine warms up, unless of course if the valve is stuck closed.

Just for fun, block the AAV and see what the idle does, it should drop considerably if the engine is cold and a little when the engine is warm.

Also maybe have a look at the throttle gaps?

Thank you Aristides, I think I’ll start up the car this
Weekend and try the adjustment screw again and/or like you
Suggest play with it and try plugging the air passage.
Regardless I’ll order the new kit so I have nothing to lose
until it gets here.

Also maybe have a look at the throttle gaps?

Right! Except I’d change “maybe” to "do this first’

The throttle gap is square one. Then work downstream from there.

Just for fun, block the AAV and see what the idle does, it should drop considerably if the engine is cold and a little when the engine is warm.

My test, FWIW, is to block off the AAV inlet. With throttles at .002" this should drop hot idle down to about 400 RPM. If it doesn’t, there’s extra air coming in from…somewhere.

You need to also plug pcv valve. That adds 100rpm or so.

This test actually helped me discover a pcv valve that was stuck too far open, adding 200+rpm to idle. Spent weeks prior checking throttle gaps, looking for vacuum leaks, and turning aav screw in as far as it would go with no luck. This test is great.

Another less likely place for vacuum leaks are the overrun valves at front of intake manifolds. Mine would work when cruising down a hill and then get a bit stuck for a while raising idle. Very intermittent. I removed them (they were a bit corroded/sticky) and tightened them down so they never open. We really don’t need them on an Automatic, and my 1988 has fuel injector shutoff anyways.

I had a similar issue with my PCV valve. I’d done a smoke test, made sure the throttle plates were at .002", etc, etc. Changing the PCV valve to a generic unit brought things into spec.

The other thing not talked about on Lucas ignition engines, is if the timing is advanced over stock, either deliberately, or from out of spec advance weights or springs, that can also speed up idle. Not an issue on Marelli cars. Too much vacuum advance at idle can do it also.

if the timing is advanced over stock, either deliberately, or from out of spec advance weights or springs, that can also speed up idle.

However, you should still be able to raise/lower the RPM with the idle adjustment screw.

Changing the PCV valve to a generic unit brought things into spec.