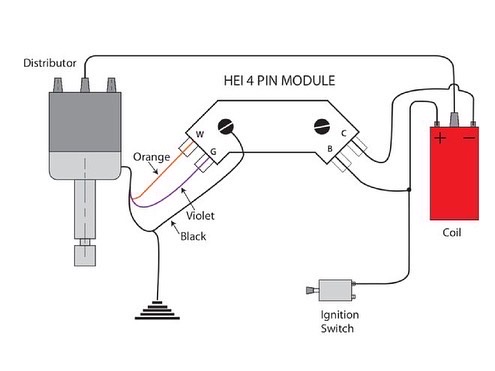 David,
Thank you…I thought today we should have a long discussion on relays and the AB14
Three cheers…thank you…
PS…I carry an extra cheap “gismo”…should say GM part…some $25 in case the AB14 fails

David,
Might explain how the resistor module that “lives” on the side of the coil on a say 84 xj6 functions
Mitch

Hi I’ll explain no problem… it might be essential on the 1994XJ6 but as far as I know …
You can Absolutely
bypass that with a higher efficiency coil if you go Bosch ignition coil I think it’s possible… research
Would help a lot as I never came across one on any old jags myself yet … is your car untied states originally…… or Japan….or European
,
It reduces the failure risk of the ignition coil. When the starter motor cranks the engine , the ignition ballast resistor helps to reduce the coil voltage coil run currently… so my opinion if the car has it , If the resistor ever fails just replace it because it’s be essential with that car….
Also
the AB14 is just an ignition module , GM just something to look out for as regards fail starting or sometimes car can start grand cold struggle hot starting …. Absolutely I’m here to help if I can ….
getting to know your XJ6 series 3 …. If your car is an XJ40 I wouldn’t bypass it that resistor… because jag electrics a can be oddly…… XJ6 series 3 with a good high ignition coil like a Bosch unit I personally would think it’s bypass able…. Long story short it adds voltage when needed….

Hi very good mid night , No problem as I said Mitch I’m here to help , biggest problem with the old Lucas relays they get very hot … mainly the starter. 22RA & the 6RA relay … you can use Morden types on them … better job… alternatively more reliable I did a few forums up on my page on them information with everything In explained … more reliable more current flow & regarding power outputs…

What is going on here?

Lights are on…but no one is home…

Besides…current does not flow thru the wire…it flows on the outside.

But ha, what we do not know will not hurt us…

That is what is happening…

The writing style in this thread is a bit hard to follow.

As for ballast resistors on Series III cars with the 4.2 and CEI ignition…

In cases where this resistor is installed it is in-line at all times. It isn’t a bypass resistor; that is, it is not bypassed by the starter circuit so as to give the coil more supply voltage while cranking…as commonly seen in other cars.

As the decades roll by it is obviously common to see cars where alternatives have been installed. And from anecdotal experience shared by posters it appears that any coil with about 1.0 ohm primary resistance should work OK with the CEI.

Doug’
You hit the “nail on the head”. I think, so if I want to do away with the ballast resistor then remove it…run the line straight to the post it goes to…AND get a coil with 1.0 ohm resistance as meased between the positive and negative terminal
Thanks. Mitch

…AND get a coil with 1.0 ohm resistance as meased between the positive and negative terminal

As Doug says; the reason Jaguar fitted an
external resistor in some cases is obscure - to say the least. However, in the years gone by not all POs have scrupulously adhered to OEM, and a wide variety of coils has been fitted - without any systematic fault patterns.

All that said, 1 ohm is a fair bottom line to protect the ign amp…

Hi absolutely it is , if it’s a car with a AB14 unit
This is old Lucas replacement good quality… With a good GM module it is bypass able , like use in AB14 unit replacement of old Lucas GM with a unit like this … good quality it’s 100% bypasses able … no question… this unit can make up for that power no question this unit will work on bypass. Ballast, resistor also …

Maybe for reference you could reference a specific coil (with part number ) that works well with this “pertronix” AB-14…
Or should I just pull my Flame Thrower coil off one of my spitfires and use it?