reviews of aftermarket 1967 xke air conditioning installation. i am thinking of the classic auto air but have been unable to find feedback from persons who have done it. how well does it work? thanx

I think this company changed ownership a couple years back. I know @64etype installed one when it was under the prior ownership. I can’t recall the name of the previous company.

Classic Auto Air bought out Retro Air. No changes to the kit to my knowledge. It cools well, the installation instructions were “sketchy” at best (I believe they’d sent you a copy). Engine cooling on a 3.8 S1 needs attention, especially at a standstill. I’ve never had a boil over, but it’s close on a 100 degree Texas day. (4 row radiator with Coolcat fan). If you want to PM me I’ll give you my phone number and provide you with specifics.

I bought the retro air AC system last month for my 65 FHC w a 68’ engine w/ no power steering.

The parts seem really nice quality.
I am definitely missing some hardware but it’s ok I have extra nuts/bolts/washers etc.

I have been out of town so the farthest I have gotten so far was fitting the evaporator, compressor/bracket, cutting the holes through firewall and sub dash, routing the drains, and some other smaller bits.

The kit does not come with any belts even though it’s listed so you will have to get those once you sort out what size you need.

The brackets you receive will require paint as they are just raw steel. No big deal but just passing along.
They have a series 1 or series 2 set up. I was supposed to receive the series 1 however I got the series 2. I didn’t want to pay the freight of sending it back To exchange so I decided just to work with it. Only difference I believe is the way the belts are routed, the reverse alternator, absent power steering in my case.
The customer service is ok, hard to reach them but once you get them on the phone they are friendly. 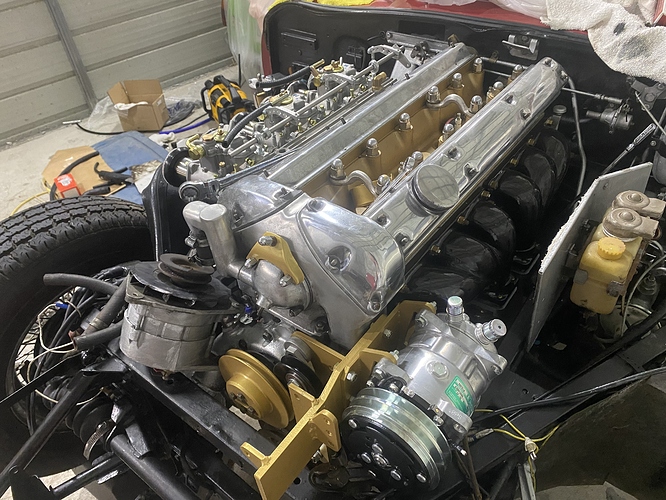 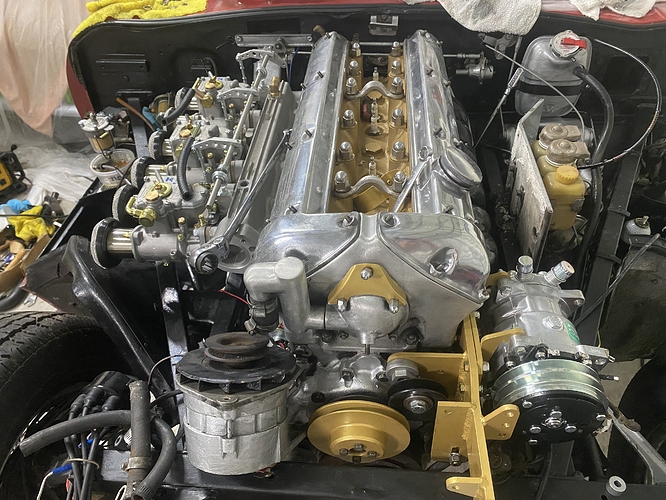 My series 2 originally came with air but was removed by the previous owner. I used Retro Air’s components coupled with the original cockpit vents and controls which I was able to source and restore. With a bigger capacity aluminum radiator I never have over-heating issues. The AC works but don’t expect it to be comparable to a new car. Overall I am happy with it. Install was done by my mechanic who said it was somewhat tricky.

My 70 E originally had A/C and owning it from new the A/C was never the best. Purchased just the compressor and bracket from Retro, happy cool camper since the upgrade several years ago
Has held its r134 charge all these years. 90% of the time I run it on low fan speed, If sitting in the sun parked will bump it up.
Glenn

Steve you might take a look at the units Clayton Classics in England sell. http://claytonclassics.co.uk/parts-upgrades/170-air-conditioning-jaguar

I had the kit replace the factory air on my 70 S2. I’m less than impressed.

James, this is the only picture I’ve ever found on the internet with the same bracket and kit as mine. I understand yours doesn’t have power steering, but if it did how would the belt be routed? Right now it seems to me like anything i put around the compressor will hit the ps pump.
Thoughts? 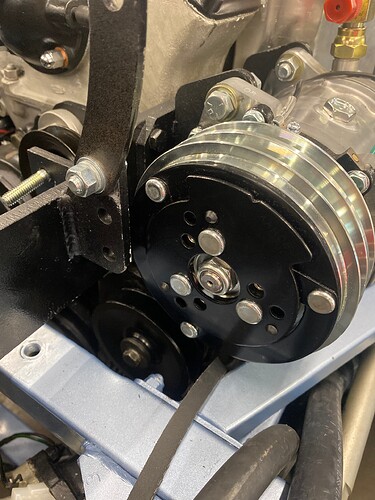 Hi Dylan,
I will have to study everything again but your right, it is extremely little tolerance. I actually had to add some washers to the engine mounts to raise it up a touch more to help with clearance. I even considered notching part of the frame but thankfully didn’t have to go that far.
I believe I may have modified a couple things including the big bracket that holds the compressor, and I made my own bracket that holds the alternator because the one that came with it and original one didn’t have enough swing.