I’m at the stage of picking the shell not sure whether to go with alloy of fibreglass. The tub is alloy. The price difference is double…

And in Canada we call the tub the TUBE…lol 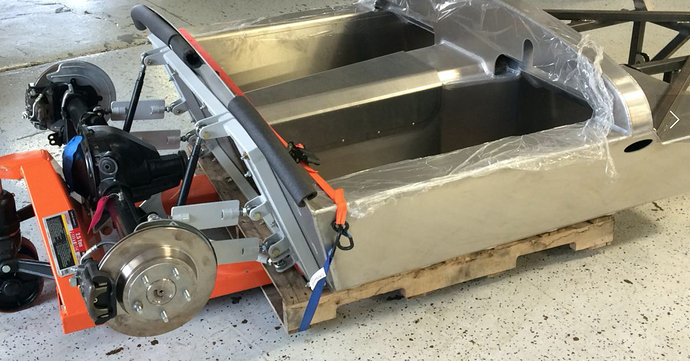 As soon as the border opens up I’ll head down to see both and hopefully that will help.

I’m trying to find some data on values of either not getting much luck, especially for newer builds.

I’m thinking if I go all alloy I need to go all the way… and make it as close to original as possible like running a dry sump and webers on a 3.4 with a 4 speed… this will more the double the build cost and also increase the value.

My vision is 4.2/fuel injection/5 speed tremec/no dry sump so not sure if that will effect the market price that an all alloy body will command.

I only get into builds where I can recover at least 70% of the build cost, not sure how I come up with that number but it is a number, nonetheless. I guess I need some fiscal responsibility for sanity sake.

Registration should be pretty easy, I’ll be using a 1970 XJ title for the build.

I expect @PeterCrespin will have some relevant insights.

My preference would be alloy, from the standpoints of weight, longevity, authenticity, fit and finish, and resale value.

Is that rear with the OUTBOARD brakes from late XJS or XJ6?
Looks trick and different.
Both body materials are fine, I lean to alloy.
Either way Im not complaining if you need e to break it in

Funnily enough I was corresponding with Fran Hall of RCR yesterday…
RCR’s website currently shows a green Realm and blue in-house build. Both use a long nose bonnet on short nose rears. [Shrug]. Fran said they “built the body” themselves, but the green car at least is pure Realm. The bonnets look like identical skins and most of the rest of the blue car looks Realm too, but maybe the blue one is not??? Math teachers are wary when two exam papers from students sitting next to each other happen to make identical mistakes…

RCR certainly does make a very strong welded ¼” plate alloy structure seen on the blue car, which is good. So good, it is stronger than the original and strong enough to hang a commendably retro solid axle from the rear bulkhead, using a similar trailing link/A-frame supported design to the D but with coil-overs not transverse torsion bars.
It is also strong enough to bolt the frames to the front and the triangulated spars and picture frame look very pleasing and mimic the original angles. They are nicer than a Tempero which has ‘blunt’ spars but a Tempero is closer than the Lynx (which is an alloy-bonnet E-Type from the bulkhead forward). However, the Lynx wins serious cred for using D&E-style wishbones & torsion bar suspension, whereas the Tempero, Realm and RCR use sedan-style wishbones and coil-overs. For some people this breaks the spell every time they lift the bonnet. Others don’t care and prefer the ‘race car’ look to the coil-overs. I assume the RCR structure is very stiff and will handle well, but so do the others, even the cheapest Realm.

Then RCR they hide their monocoque by covering it with a fiberglass body. In common parlance a tub is a stress bearing body but on the RCR the fiberglass carries no chassis loads, which are carried by the tubes/sheet structure underneath, like the Realm (or the Tempero for the most part. An RCR seems closer to the open wheel formulas concept of a carbon fibre tub. You can wheel and probably ‘drive’ Tempero, Realm, or RCR round the workshop with no body on them, just the frame. Not so a Lynx or D. If interior aluminum matters to you, you can rivet thin alloy sheet cut with scissors all over a Realm except the inside of the bonnet. From experience, most car guys, let alone ‘civilians’ will assume it’s an alloy car.

The frame cars & RCR cannot disguise their oversize tunnel (which is absent on a Lynx) but again some don’t care and the Realms I had were very comfortable on long trips with their coil fronts, IRS rears and the tunnel and sill tops acting like giant arm rests. The RCR is the only replica I can recall having actual seats, which would be a minus for me but not others. I wonder how comfortable the solid axle will be, a foot behind your backside.

If you just want fun, go the cheapest route. If you want authenticity then you have to pick your price point and key criteria and spend more on a version that most closely matches them.

If anyone watches the Stacey Davis(sp?) video, please do not splutter your cup of coffee over a clean shirt when you discover that Fangio was killed in his Mercedes at Le Mans in 1955.

Peter thanks so much for weighing in. Your comments are extremely helpful. I’m looking forward to starting this project.

I will be starting a three part (maybe 2?) replica comparison series in Jaguar Journal next spring. I have stacks of photos and a large table cross-matching each brand of replica on accuracy, features, etc.

What’s the difference between long and shoe nose REAR?

Which type of short nose? There are two: works/vs customer cars. I can’t tell you to look at a few pictures without sounding patronising, but if you are an ‘investment build’ kinda guy you need to start D-Type 101 classes.

There is so much online it’s extremely confusing.

I have a book on order hopefully it’ll clear up some questions.

Is it the fin shape you’re referring to?

Don’t hold back I got thick skin

Don’t hold back I got thick skin

And I got finite time Dino. With/without fin, Works fins/Momo fins, side exhausts or not, screens, doors etc. A subsidiary racecar site to xkedata.com,or probably even Wiki, might be a good start.

EDIT: I just looked at Wiki and the picture they show as long nose Ecurie Ecosse XKD 606 (57 LM winner) is nothing of the sort (a production short nose non-EE car) . I edited it but it rejected my corrections so beware.

I will be starting a three part (maybe 2?) replica comparison series in Jaguar Journal next spring. I have stacks of photos and a large table cross-matching each brand of replica on accuracy, features, etc.

Oh great. I’ve been considering getting into a D type replica, and was thinking of going towards the cheaper end to just have something fun with the looks, and not pursuing accuracy too much. Now you’ll do a wonderful article, and it will start me thinking of little changes to be more original, and that will snowball and I’ll end up spending 4x my budget.

Curse you, Peter. Curse you.

Before deciding on alloy or fibreglass you first have to decide on which model you want,and there are three variations. Before you raise an eyebrow we’ll start with the “customer” cars, which were all short nose cars built in 1954/5. Then you have the works short nose, which had the fin and also a spot in the nose:- 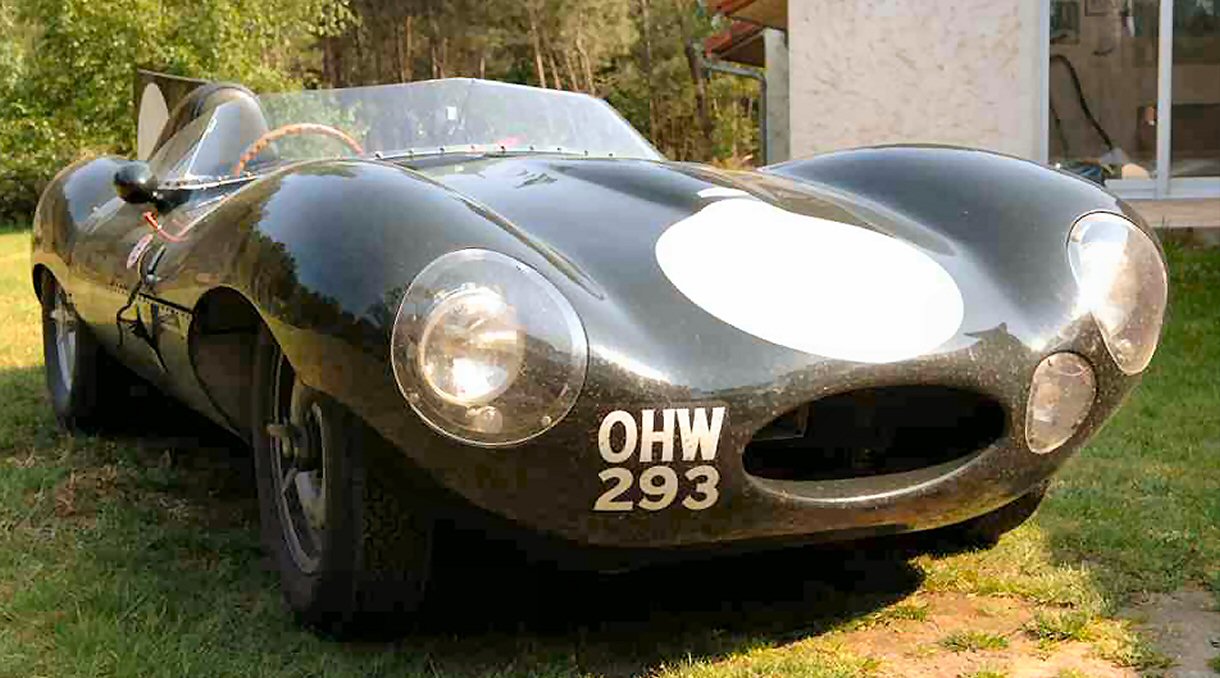 Then you have the long nose that most people prefer. what I dislike (picky, me) with the Realm cars is the flat fin, whereas it should rise by 7 degrees. A small point, but to me it sticks out a mile. As to whether you want fibreglass or alloy - does it really matter? It’s a replica and no more. If you are building for resale, I’d say that in the current market there isn’t a lot of difference in the value of a Proteus all alloy or centre tub in alloy only. If you look at Lynx cars, they are sadly far more expensive and have a following all of their own. Up to four times the value of a Proteus or Realm.

If you are building for resale, then fibreglass is cheaper as you know and will look just as good as an alloy car when finished.