Aluminium half moon seals for V12

Why wouldn’t chucking two blocks together work? You’d have to be careful that the joint line between the two blocks was exactly centered in the lathe, but once centered I’d think it’d work great. And a lot less wasted time and aluminum.

I think perhaps the best fix for the tensioner plug is to buy a brand new rubber plug and immediately cut the ears off of it so it slips easily into the hole. Then fab a small tab to install under a nearby bolt head so that it just presses lightly on the center of the plug. Even if I were to go aluminum with an O-ring groove, I’d still prefer that retention scheme.

There are some issues with 2chunk idea…
First problem is that I have 3-jaw chuck on my lathe, so I can’t hold square stock.
Another problem is that chunks from supplier have precision of ±0,3mm, so, in order to reach desired tolerance of 0,05mm, at least 2 flats (or even better all 4) have to be machined before combining 2 chunks together.
Considering the price of 4-jaw chuck and extra time involved in machining and centering aluminum stock, at current production volume, wasting a bit more aluminum is financially more viable solution.

For tensioner plug I’m planing to incorporate retention scheme in the plug itself. I have few design ideas… Maybe I should share few drawings for forum judgement

Even if I were to go aluminum with an O-ring groove, I’d still prefer that retention scheme.

That’s how 2 liter Rovers seal all their access points to the timing chain chest: works quite well.

I think perhaps the best fix for the tensioner plug is to buy a brand new rubber plug and immediately cut the ears off of it so it slips easily into the hole. Then fab a small tab to install under a nearby bolt head so that it just presses lightly on the center of the plug.

That’s exactly what I did. I put a washer in the “bottom” of the bung and have a spring put pressure on it. Unfortunately I don’t seem to have more than this one picture of it. 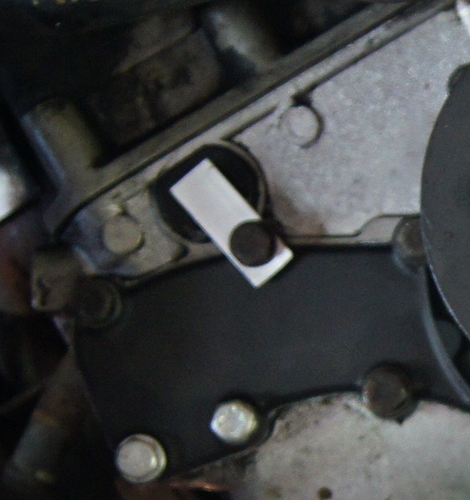 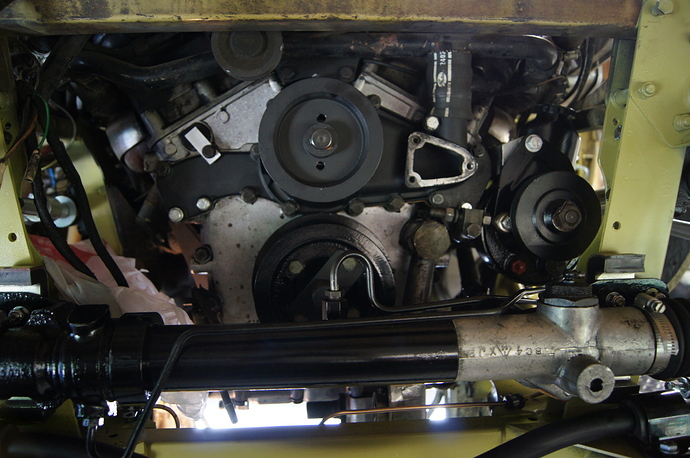 My set of Half Moon seals arrived Melbourne Australia today all good.

Mine arrived also. They look great! Thanks gain.

Another lot is ready! 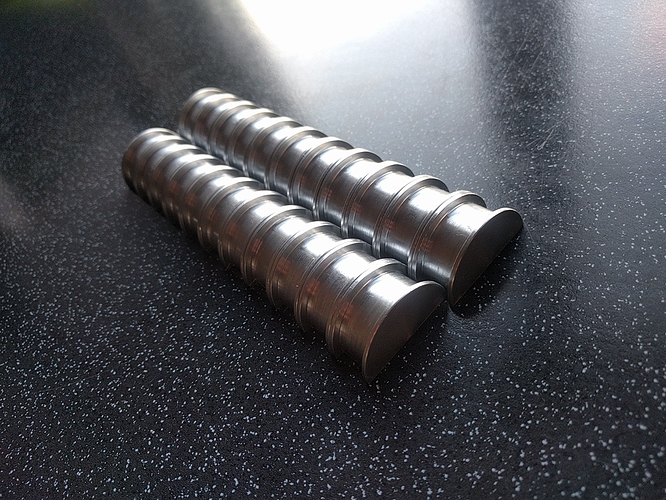 Also have made a first sample of chain tensioner plug. Will have to try fitting it in my car before producing more. Will update on results

That looks VERY similar to what Rover used, in the access points, on the 2 liter engines.

Is the hole in the center threaded so you can use a bolt to pull the plug?

Wow, another lot. These things moving that well?

Well the first lot was sold out in 2 weeks! I think that everyone who has their cam covers off for one or another reason should upgrade to aluminium half-moons. This place with rubber seals is just made for leaks! These aluminium plugs should have been there from the factory…

As I’ve said before, the OEM rubber half moons will seal just fine – if you leave the cam cover gasket out and simply seal that joint with Loctite 518. It’s the combination of a rubber half moon and a gasket that does not work, as the gasket is not properly compressed between two metal surfaces over the half moon. So, if you wanna use the cam cover gaskets that you $pent entirely too much money on, you’ll need the aluminum half moons.

Kirbert you are absolutely right about the rubber half-moon and gasket… it just can’t work well. But I would still disagree about the rubber half-moon. How long will the rubber last before it shrinks or hardens? And how often do you take your cam covers off?
By the way I don’t know about the gasket prices on your side of the pond, but here I paid 17eur for one gasket and I think it is a reasonable price. And yes it was updated new type 3-layer gasket.

The OEM rubber half moon with a gasket won’t seal, period. Mechs have come to just goop the livin’ daylights out of the area with hylomar or whatnot trying to get it to seal long enough to get out the door.

17eur for a cam cover gasket sounds cheaper than last I checked, but it still doesn’t strike me as cheap.

As a quick reminder for all: If you still have the OEM screws with the triangulated threads holding that cam cover on, you need to replace them. Jaguar sold replacement screws, but they must have been a gold alloy based on how much they cost. I recommend either of two arrangements:

Look at these bolts before you start taking the engine apart, and you’ll see just how difficult they are to get at with the intake manifolds in place. The OEM heads are almost impossible to retorque without taking the manifolds off. The socket head screws are much easier to retorque, especially if you’re willing to saw an Allen wrench to exactly the length needed. But those tall bolts with the spacers under the heads make an absolute piece of cake out of the retorquing job, you can do it with an open end spanner.

17eur for a cam cover gasket sounds cheaper than last I checked, but it still doesn’t strike me as cheap.

Well when I had to change the cam cover gaskets on my old W140 Mercedes V12 I payed arond 40eur for one aftermarket gasket. And they were just simple rubber ones. So I concider that 14eur for Jaguar V12 3-layer gasket is still cheap

I am interested in the half moon seals and the chain tensioner plug.
Can you contact me at dfricker99@gmail.com?
Thanks very much

i read that S type Jag V6 engine half moons will fit!

hello John
I’m interested in a pair of half moon seals.
can you contact me at xjsv12 AT free DOT fr ?
thanks very much