I’m trying to find what car is what you see in the photos. I can not find the chassis code and the engine I think is changed. The sticker on the trunk states XJ6 3.4 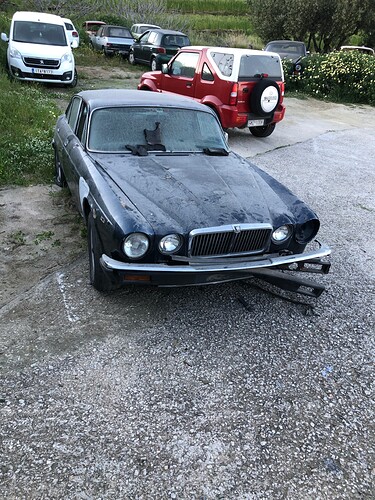 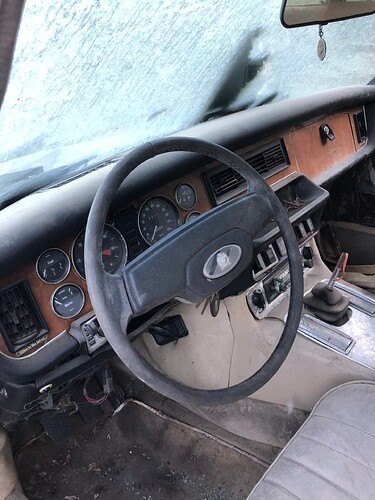 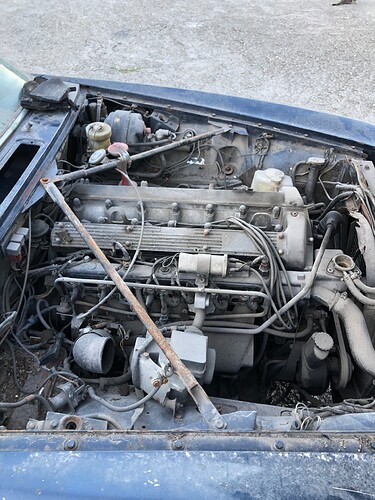 Early (before 82?) series 3 3.4 with the rare 5 speed lt77 manual transmission if reverse is lift and next to 1st. But it looks like there is overdrive wiring, reverse sharp left and next to 2nd. Then it’s a 4 synchro overdrive.
No tag on the front right wing?

Yes that’s an overdrive cable. No vin on the grind wing. Any other place to check for vin?

That’s a rare find… not fond of a manual gearbox personally but manual XJ’s they are quite sought after.
Are you buying this car?
Needs a lot of TLC to say the least. But being in Greece it should not have much rust issues.
Looks like a good base but for a (very) long restoration.

A neighbour when I was a kid in Athens used to have one like this and it’s were my love for this cars came to be. I really wonder how many XJ are still around in Greece.

Engine number, bellhousing, exhaust side.
Vin should be somewhere, on the tag and also stamped in. Normally right side of engine bay keep looking.
Reminds me of the s1 that was converted to s3, in greece. I think his name is Ioannis, he’s restored it, it’s on YouTube.

Any other place to check for vin?

I own a small restoration company. Bought 5 car few years ago and that’s one of them. Actually there are lots of old jags in Greece but they left outside to completely rust. Mine has the classic floor issues but that’s not a problem for me. Me company called caropsis , check my Instagram.

A closer look tells me it has a S1/2 inlet between the wipers - and it has the S1 NDV (triangular windows you can move for ventilation) - not sure about the roof angle.

If it had been a S1 the vin may be on the left wing and there’s a body tag hidden behind the rear bumper. 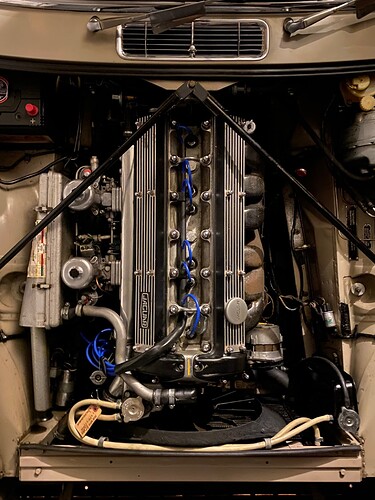 You can see the stamped vin is where the black bar is just forward of the damper mounting next to the silver device.

She lives again!! Today I reached yet another major milestone in my engine transplant project of putting a nicely running engine from my crash damaged 1987 XJ6 donor parts car into my 1984 XJ6 Vanden Plas (No, this is not an April Fools Day joke). I started the engine today for the first time in its new host and ran it a few times to check things out, adjust things, and get it up to operating temperature. AND IT STARTED ON THE VERY FIRST TRY!!! I started this project in December 2018 to g…

I‘m beginning to believe this is another mongrel! 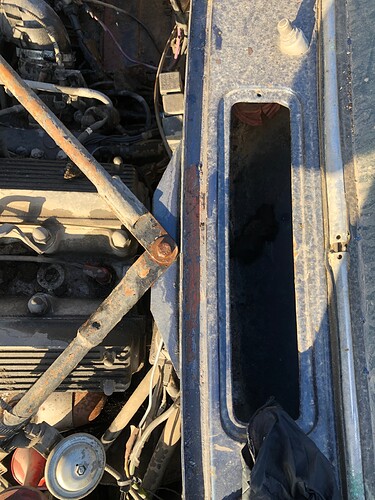 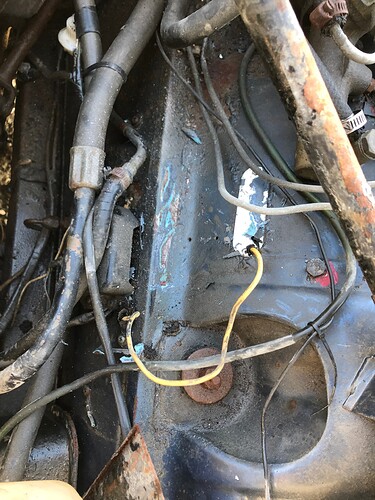 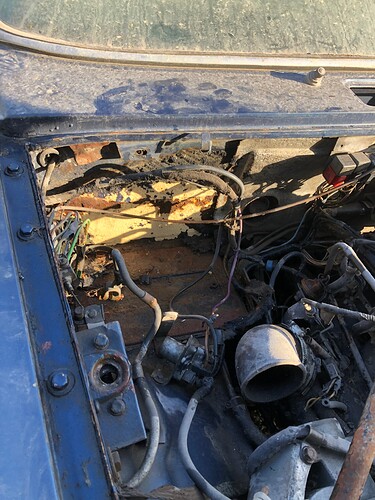 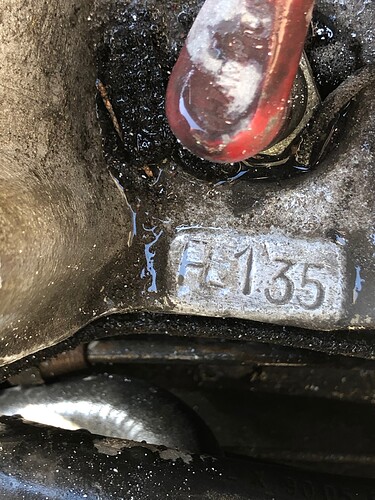 This car is a series 2 manual o/d with a series 3 bonnet and a later series 3 engine.

a point where the chassis number is struck on the sheet metal of the car?

Look for a body tag behind the rear bumper as David suggested.
In your car, at the place were it should be, like in the photo that David posted, looks like there was something?
No sticker at the side of the door?

And doors? And the early external voltage regulator?
TIL that the S2 has no adjustment in the middle of the center vent vs. the S3. So more than likely also S2 dash.

That’s the vin of a late series 1 2.8 Litre, left hand drive. That would fit my ‚observations‘. What’s the engine number? My guess is it starts with 8L and it’s certainly not original to the car but still curious. Left side of bellhousing flange.
Is there a reason why cars would be upgraded to look like a s3 I wonder?