The driver’s [LHD] automatic seatbelt on my 1992 XJ6 Sovereign is stuck in the full-forward position of the track in the door frame. It doesn’t try to run/operate, and feels jammed in position.
We have one clueless dealership in town. Next closest is 300 miles away.
I have a shop that will fix it, If I had the part[s].

Hi can’t help with the seats belt problem but
A) welcome to the forums and
B) I have moved the post to the correct forum as the XJ40 is a totally different beast from the XJ S1,11 and 111
A common mistake you are not alone in making

The automatic (officially called “passive”) seat belts, but better know as “attack” belts, are a wonderful
quirky system that I enjoyed on my 1989 XJ40 for many years. But unfortunately all good things come to an end. I rebuilt the system (twice) and but then finally the tracks literally wore out.

The system is warranted for life by the dealership but the dirty little secret is that only if new parts are still available. There have been many members on this forum who have tried this route but none as far as I know have been successful. As far as replacement parts, I’ve never seen any.

I thoroughly documented my seat belt repairs with photographs so if you are planning to attempt this let me know and perhaps I can help.

Hey groove, how about showing your friends the fix? I have been running with the emergency clips since the dealership gave up.

Hey! Pix would be helpful. It would be nice to know more about what I’m potentially facing, BEFORE I decide to start pulling things apart!
Thank you!
PS: I’ve always been a fan of Felix!

Joseph … hopes this helps. Felix was our logo in the US Navy fighter squadron (VF-31 Tomcatters) that I was a pilot in, flying first the F-4 Phantom and later fittingly the F-14 Tomcat. 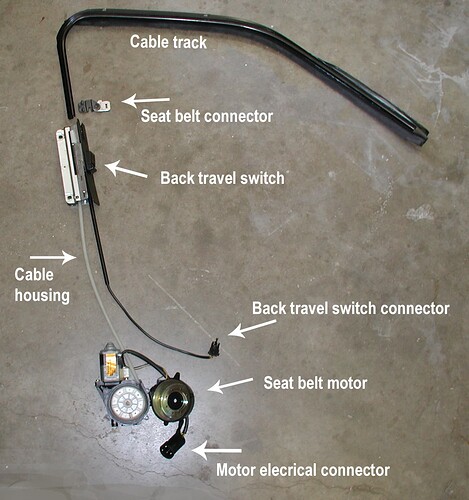 The thickness of the cable is critical … too wide and it won’t fit into the cable track and too narrow it will pull out of the track. I carefully measured the cable and was able to order about 10’ of plastic coated steel cable that fit properly.

After the original cable broke and then years later the cable that I replaced it with broke I couldn’t repair it again because the wear on the cable track had opened it up too much. As I mentioned the tolerances of the cable thickness and size of the opening (slot) in the track are critical. 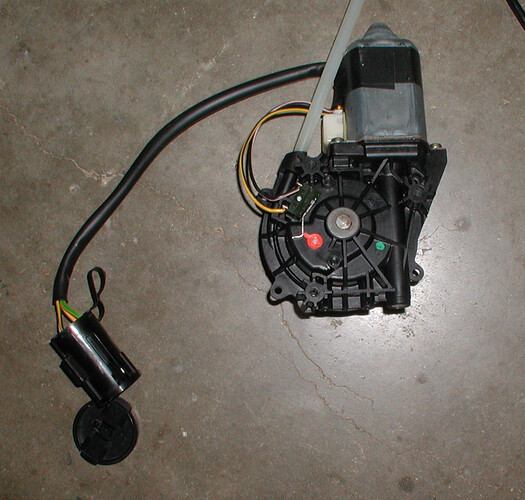 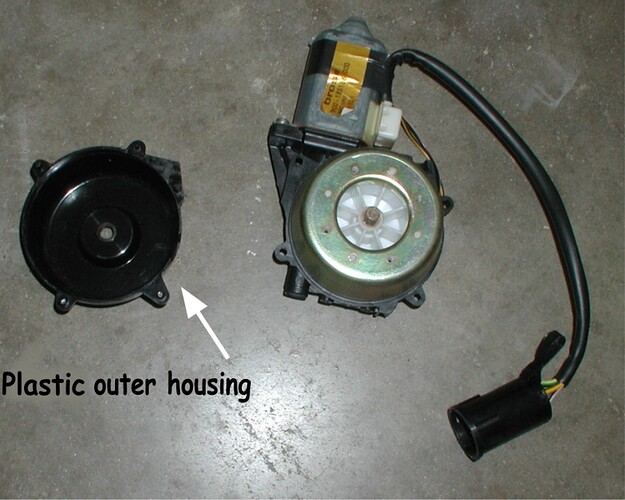 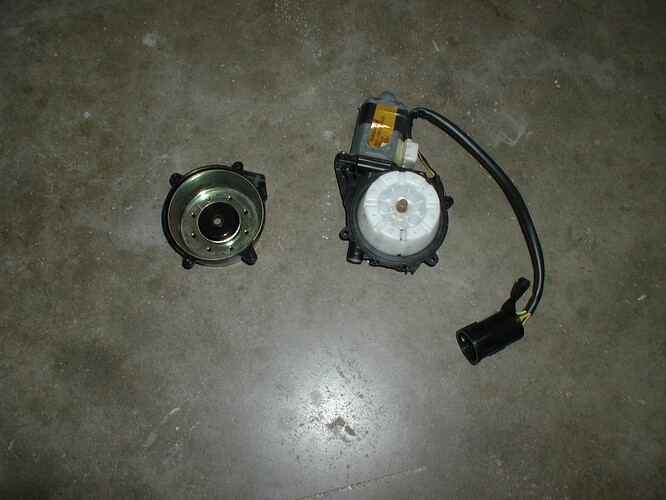 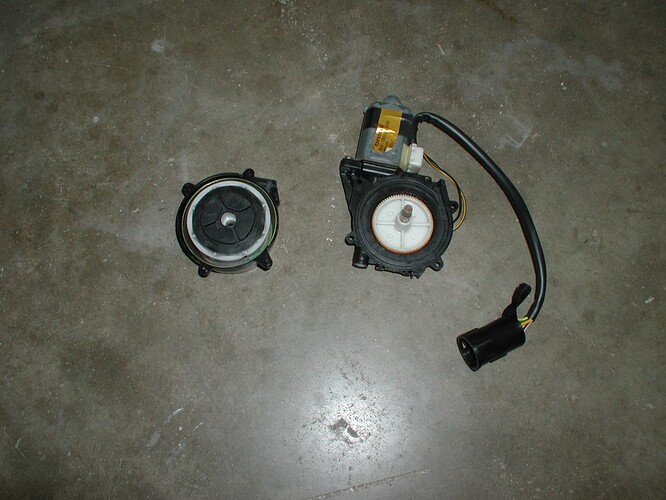 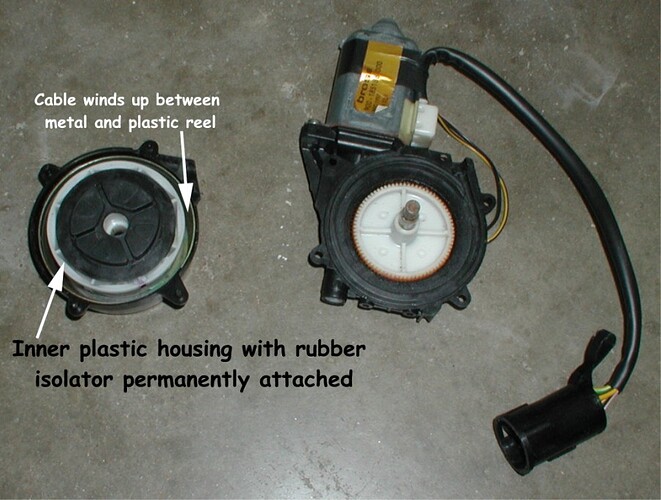 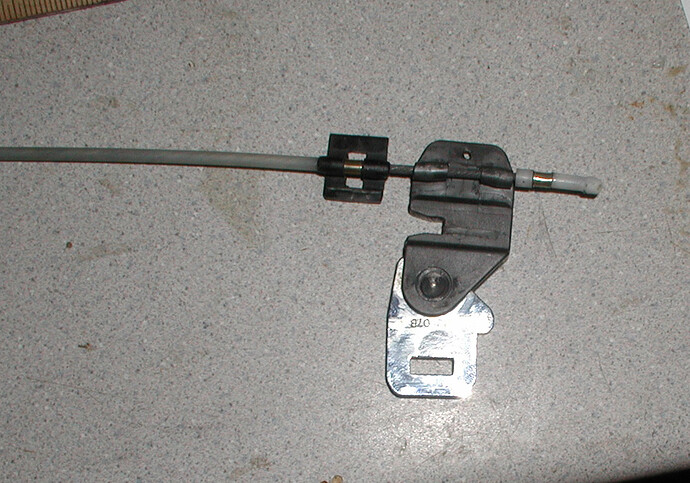 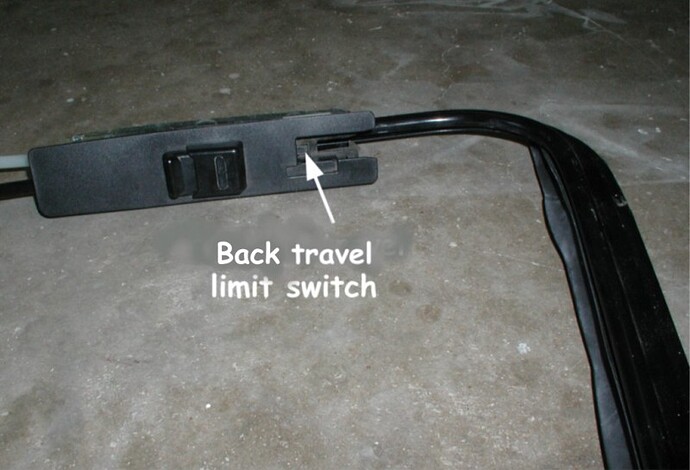 Thank you for that!
I’m compiling a folder.
Your message is duly inserted.

I was thinking the same thing. I’ve taken the antenna assembly apart but never the attack belt system, though my car is a US 92 and has them. I’ve been content to use the emergency clips, and as a bonus, I get to orchestrate a manual belt attack. I have thought of converting to a conventional 3 point belt system, but have not got to that. I’ve been enjoying a long stretch of nothing that must be fixed and have not wanted to tempt fate.

These are the TSBs we got when I worked at the dealer ‘back-in-the-day’.
I replaced dozens and dozens in the lifetime warranty scheme.
I guess they finally ran out of parts?

There was another TSB about a newer control module. It had a ‘hesitation’ built-in to help prevent people getting ‘squeezed’ when the ignition key was shut off and the belt came forward.

I can’t find it now but I remember people complaining and replacing the module.

Wow!, “MCMan!”
Thank you!
We’re in the middle of a heat wave.
But as soon as it cools,
I’m going to the garage to ty the “inertia reel release” process!
Joe

I usually work for an hour or two and then walk up to the house to cool off a while. (I keep the house at 80 F during the day because a 25 degree difference is about all I want to stand)

All this talk about the motorized seat belts reminded me to go and give mine that are still working well in my 1990 car with 74K miles, a shot of WD40 in the track. I assume that is an acceptable maintenance process.

Great pictures ! We didn’t get those seat belts here in the UK, in fact the first time I heard about them was in one of your posts years ago Grooveman, and I’ve been curious about them ever since, it’s good to finally see what they look like and how they operate.

if you figure a way to go to a 3 point system I would love to see it.

I would have thought the mounting points would already be there, or did Jaguar produce a different body shell for the US?

All the mounting points for the traditional 3 point seat belt system were already there when I converted my '89 over from the passive “attack belts”. It does however require new interior trim pieces, three on each side.

I found the upper and lower pieces that go on the pillars while I was roaming around John’s Car’s graveyard. The long pieces that replace the rail trim above the doors I fabricated myself.

One other modification I made was to lengthen the seat belt stalks so I didn’t have to dig around down there to plug the belt in. This resulted in the same height that my wife’s BMW has that I find very comfortable. 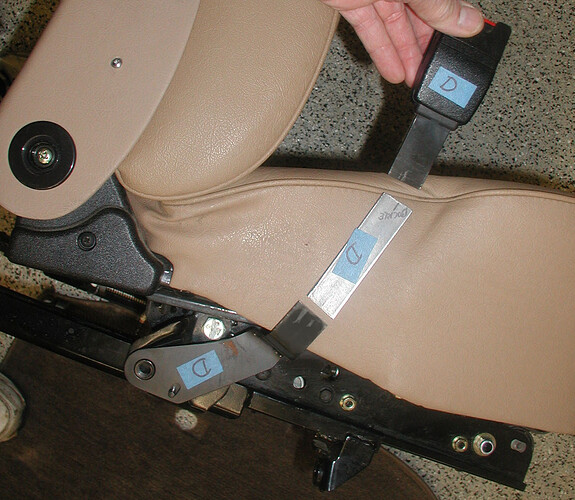