Aux electric fan..controlled by AC or not?

I have an 85 XJS v12HE US market…my aux cooling fan only runs based on a temperature switch. When engine becomes hot…it kicks in to offer additional cooling…and runs for a minute or two after engine is shut off.

Talking with another gentleman with an 86 v12HE …his aux cooling fan runs constantly whenever the AC is turned on.

Can anyone offer any insight into the original operation? I don’t see anything in the electrical schematics which shows a direct connection to the AC system for the aux cooling fan.

Talking with another gentleman with an 86 v12HE …his aux cooling fan runs constantly whenever the AC is turned on.

Indeed Gary, also on my 86 V12 XJ the Aux Fan runs whenever the A/C is on.
The A/C red relay by the radiator powers both the A/C Clutch and the Aux Fan.

Thanks for the feedback…so either they made a model year change or my car has a failed or modified circuit. I will look into that red relay.

I think all the HE XJSs were this way until 1989-ish, at which point other schemes were developed

If fan runs from the temp switch then red relay is OK. Check “blue box” (looks like relay) diode pack on left fender under bonnet… I’ll post schematics when I’m back home 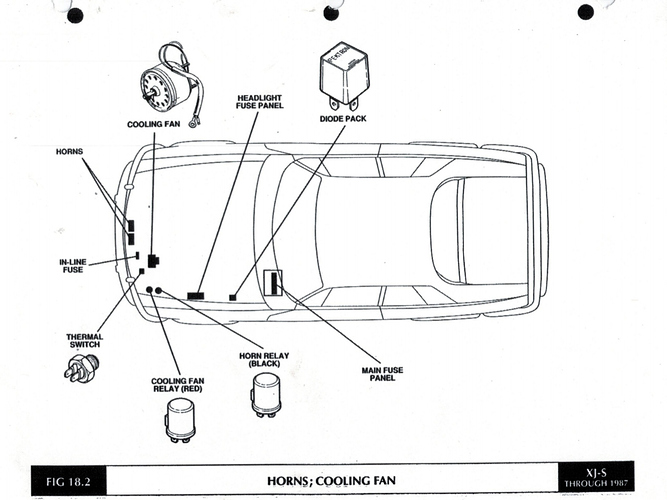 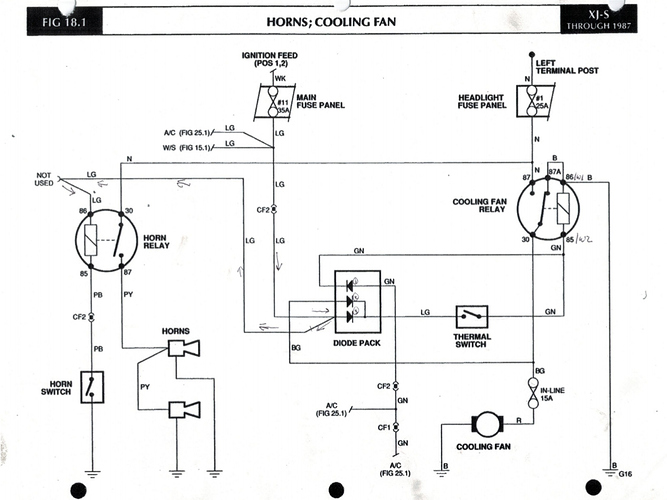