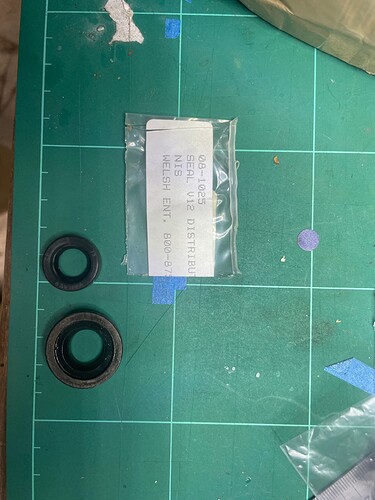 I am rebuilding a distributor and was intially thrilled to find the unobtanium seal at Welsh, so bought it despite the $60 postage for a part the size of a quarter. When the part arrived it was not correct- smaller OD and thicker. I’ve struggled to get anywhere with Welsh - they are just ghosting me now.

SNG Barratt do sell the correct seal, but it’s not found on a “v12 distributor” search.

I suggest that Welsh be avoided

SNG Barratt UK | Keeping your Jaguar on the road

Classic and Modern Jaguar Parts Specialist. The world's largest independent supplier and manufacturer of parts and accessories for Jaguar Cars.

Russell,
I purchased many hundreds of Jaguar parts from Welsh Enterprises over the past two decades or so and rarely had an issue with any their parts. I have found their staff to be knowledgeable, professional, and very helpful. When I did have an issue Welsh always worked things out with me to my satisfaction. In my opinion your suggestion to avoid purchasing parts from Welsh is at best premature.

I will agree with Paul on this. I have never had a problem with Welsh in the 15 or so years I have been buying from them.

I had one some years back but they were super about fixing it for me.

I’ve had bad experiences with Welsh. Don’t ever return anything you will have to get paypal or your bank involved to get a refund. Recently I bought screws for my taillight lenses. Screws pictured as they should be slotted chrome plated. What I received was zinc plated Phillip screws I could have gotten from local hardware store. I got some correct screws from sng barratt. I always have to be careful with Welsh and still get burned.

$8 for wrong screws, not worth the hassle just took it as a reminder to try sng first.

This post was flagged by the community and is temporarily hidden.

Sadly, a person in the Jaguar XJS Owners Facebook group had a significant unresolved issue with Welsh Enterprises. In his case, he ordered an expensive Windshield for his late model convertible listed clearly on the advertisement page as “Genuine Triplex” … which implies Triplex (with a capital T) instead of (triplex -tri laminated) with a lower case “t”. What he got was a Chinese owned XYG Aftermarket windshield NOT labeled as triplex (if you google XYG and “triplex”, 3rd parties mention XYG make "triplex - tri laminated glass - but it’s not mentioned on the OE website that I cans see). On top of it not being an OEM glass, the installer apparently informed him that it was mal-formed and had a wave in the driver side. Welsh would not work with him, insisted that they DID sell him a “Triplex” windshield, and that there was no defect in the product.

To quote the claim further: "[He] wanted me to send him back the windshield without refunding the cost and that I swallow the shipping to and from.

You will have to decide for yourself if the buyer was unreasonably mislead by the wording of the product description, or if “Genuine Triplex” is a reasonable way to represent an aftermarket brand that is produced as a tri-laminated glass 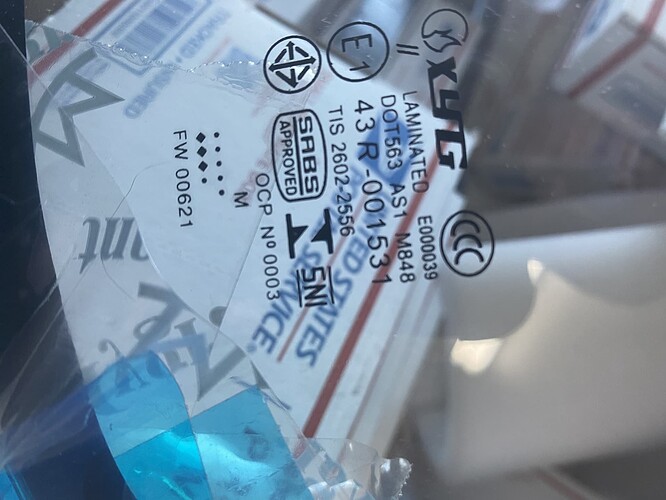 Minimally it is a service to know WHICH brand of glass you actually get when ordering from Welsh, whether you find this reported incident to be a spot on their record or not.

I had a call from Dave Welsh today. Very apologetic about my experience and came to a satisfactory resolution

Over all I have had good experience with Welsh over the years. I see two problems today listed above. One is that actual replacement parts are less available from the original source. To some extent I try to cut them some slack for finding a usable replacement, if it is labeled correctly. A bigger problem I see today is that as the experienced people are retiring and businesses are being sold we are dealing with people who really don’t understand the product. This is where they think the product looks right to someone who drives something else like an MGA. I’m currently struggling with a long drawn out problem with 120 OTS door wood strips that someone thought should work fine on my 140.

Glad to hear that Russell.

UPDATE. My complaint about Welshent whilst factorially correct was rightfully removed from the forum because I started with a badly worded opinion for which I now apologise.
Two days after my post I received a most welcome phone call from Dave Welsh. He was most apologetic about my refund debacle describing it as a internal “cock up” The upshot was that Dave refunded $676.68 to my credit card.

That is good news Roger. Sounds more in keeping with the Welshent I am familiar with.
Thank you for doing the update post.