Does anyone know for SURE whether the '92 (face-lift) 5.3 XJS came with one of those black battery hold down frames, that works in conjunction with a long “screw” and wingnut (and has a warning sign attached to the back of the frame)? Superblack didn’t come with anything holding her battery in place, and I can’t imagine even Jag would have just left that MY XJS for the battery to slide around in the holding tray while the car was in motion.

Superblue, my '94 4.0, came with a different style of hold-down + no “sign”. One of the reasons I’m asking is that I was offered a hold down as described above but don’t want to buy it if it is not the correct one for the '92s.

Not sure on the 92, but my 93 just has a little block that bolts to the tray and goes over the bottom lip on the battery

Yep, that’s what Superblue has. Apparently Jag used the more elaborate setup for the pre-face lifts, but since the '92 is kinda “on the fence” I’m thinking they may have gone either way with that MY.

My late 1992 XJR-S has the clamp on the bottom lip of the battery. Works well and is a lot more elegant than the long rods with wingnut approach.

On my 88 xjs the holder was missing. …the metal one I found later and I thought that it was a potential for sparks and explosion. …no way was I going to use it…

w have a web belt that goes over it and can cinch it down. …no hazards

My late 1992 XJR-S has the clamp on the bottom lip of the battery.

I am wondering if Jaguar got wise and changed the size of that battery tray. On the '83 you were supposed to use a special Jaguar battery, complete with the Jaguar vent scheme on top, all of which would set you back a small fortune. Most of us shoehorned an off-the-shelf battery in there. There were two sizes to choose from. One was a 24 or 24F I think, quite a bit smaller than the OEM battery but dropped right into the tray and worked great. The other was just a hair larger than the OEM battery and would have dropped right into the tray were it not for the little hold-down tabs at the bottom of the battery! Made you wanna see if you could cut those things off!

Meanwhile, finding a battery you could vent properly went from being a hopeless cause to child’s play, lots of cars use such batteries now so it’s easy to find one. So, did Jaguar make their battery tray just a tad larger so owners could utilize a standard off-the-shelf battery and hold it in place with those hold-down clips?

AFAIK. It is with Welsh Ent. for I think $60.00. The contact sales person there who was looking into it for me is “Amy”.

Thanks AttDall, I will check with her - I noticed (after I wrote to you) that “scrimbo” was asking if anyone needed the hold-down - hopefully he will also answer - Tex - 1/10/2020.

Yes still available. …will take photo and pm you first

Thanks AttDall, I will check with her - I noticed (after I wrote to you) that “scrimbo” was asking if anyone needed the hold-down - hopefully he will also answer - Tex - 1/10/2020.

Yes, I had forgotten scrim had written that post earlier - didn’t mean to step on his toes about possibly selling his unit to you. 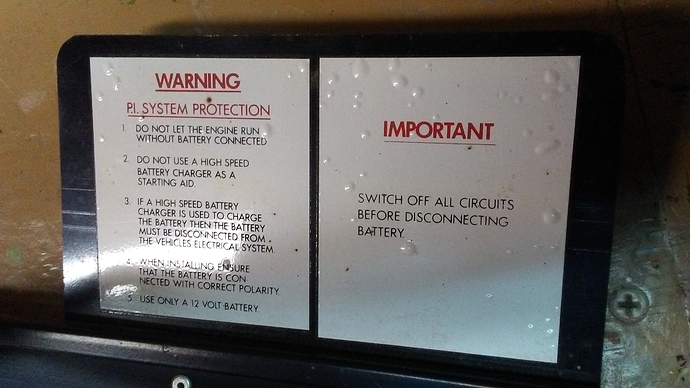 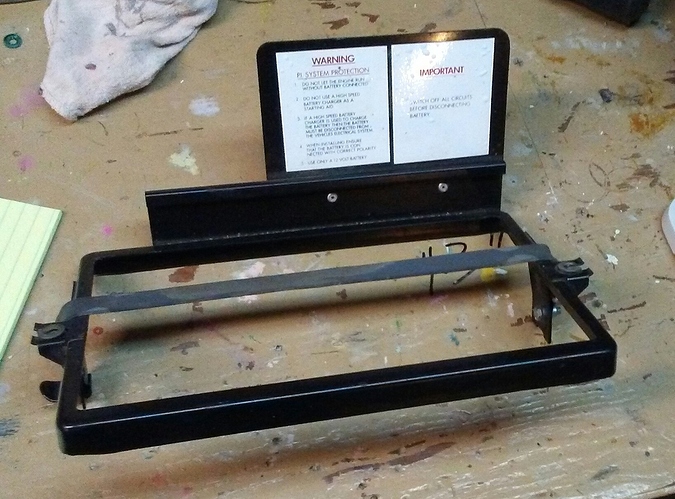