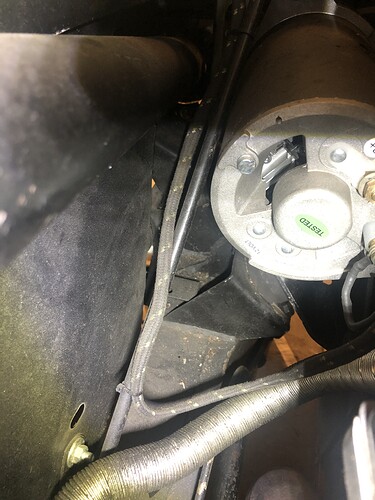 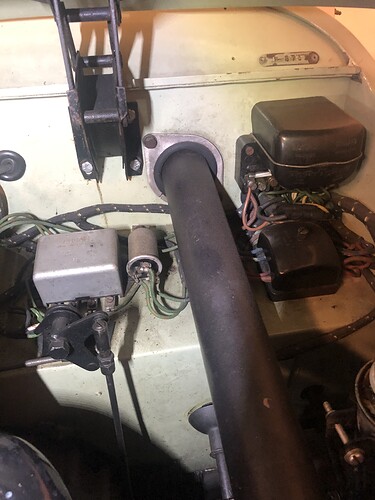 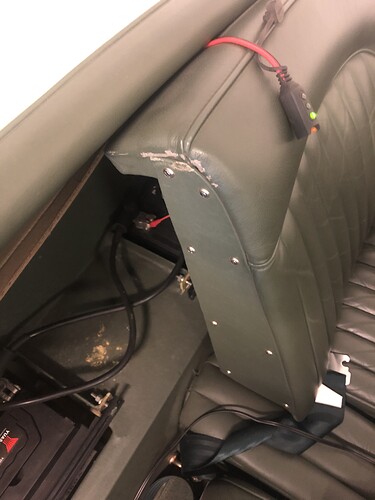 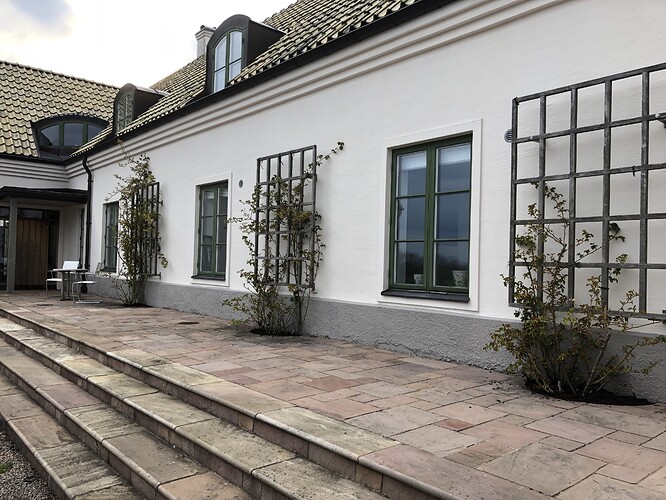 image4032×3024 3.5 MB
I take off the Ctek charger and the tell-tale in on green. Starts on 1st push. Comeback after a 20 min drive, with headlights on. Park the car and the tell-tale is on red.
So no charging when driving and headlights drain the battery.
Voltage regulator, generator/alternator? Car has neg earth. What else to suspect???
Scott_Jacobs (Scott Jacobs) April 30, 2021, 8:27am #2

More info required I think. Is that an alternator or a dynamo as original? (If it’s an alternator then you would have bypassed the voltage regulator at some point and simplified the question). What does the Ammeter say when you are driving… Does it show the car as charging? And I’m not familiar with the Ctek charger but just how dead is the battery after a 20 min drive? Will it still crank the engine?

It is a 5 yr old Dynator (alternator inside a case that looks like an original generator). Uprated to 64Ah
The Amps meter has the needle going a small bit to + when I start and idle. Didnt take it to higher revs

It will start, no problem, several times during a shorter, 20 min drive.
Its not a 3 hr highway car with headlamps on.
I have never gad any problems, but have alwsys noticed the red lamp on the charger contact. This does nit happen on the other cars, but none of them have a dynator.

I had the same problem, with the batteries just gradually losing their charge and thus their ability to start the engine. I knew the generator was OK, because when I tried a defunct (as I soon found out) voltage regulator that had been sold to me as “remanufactured”, the ammeter went offf the scale on the + side. A new solid-state regulator which still looks like an original RF95 from Classic Dynamo & Regulator Conversions in Lincolnshire, UK completely cured the problem, with the ammeter now behaving normally, gradually bringing the needle down towards the centre, though I’ve yet to take it on a run to charge the batteries fully. Cost wasn’t cheap at £191.94, but I believe their quality is much higher than some versions made in the Far East. Their website makes very interesting reading.
Sorry! Just read you have an alternator, so this is not much help to you, but it may be of interest to someone here.
Chris

I’m +ve earth with a dynamo. Similar with my Accumate conditioner, but flips to green status within a minute or two. Batteries are 5 years old, dynamo reconditioned at same time. This winter changed to a solid state control box and this seems to have improved the charging state (measured by how quickly the ammeter drops to 0 and the Accumate flips to green)

That does not say anything, check with a voltage meter, with a running engine!

I tend to diagnose easiest to hardest. If it were me,

I’d first try another trickle charger after a run (sounds like you may have several) on the battery just to be sure that’s not where the red-light fault is.

a typical alternator conversion by-passes the regulator, so unlikely that’s an issue.

Without knowing how your Ammeter is wired after your alternator conversion it’s difficult to tell what that means, If you start the car after the trickle charge has kept it topped up then you’d see little movement. If you started the car after your 20 min run, when it has worn down, you might see a spike to recharge the battery after starting, a good thing, means the alternator is charging. But if you don’t see anything it’s still hard to say.

I’d drive it somewhere and check battery condition - your’s look pristine but I suspect they were replaced when the alternator went in… so 5 years old?

After that I’d probably pull the alternator and have it bench tested.

Peder
Just my 3 cents…
Most people are to YOUNG to understand this system
Let’s go slow…
We know you replaced the original dynamo/generator with a modern Alternator!
Very good move for reliability
Next and this is important
.you say you have a red generator light on the dash SO the unit you picked is a 2 wire not one wire!
DID YOU POLARIZE your regulator to flip the field?
If not all your doing is driving off the battery and the alt never kicks in!
If your unit HAS no regulator because it’s built into the alt then those terrible twin 6 volts are collapsing and need replacement
No offense they are junk
On my 120 I put 1 twelve volt in one box and goodbye and good luck
Go back to stage one then batteries
Ps charge old batteries then start car
Turn on head lights
If they don’t get brighter when you rev up the car it’s your regulator/polarize
Gtjoeythe old man

If you look at the pictures at the top, there seems to be a connected regulator. No red light on dashboard, just on the battery charger contact (see picture). The green light is after charging. After av20 min drive, there is a red light instead. Hence no charging when driving with headlights, but the Amps meter’s needle is in + territory