Not long ago someone asked the correct location of the foam seal on the bonnet latch.
In my attempt to find a recently developed squeak from the bonnet latch area I disassembled the bonnet latch mechanism…
See small piece of black foam inside the bulk head, plus an o-ring (flat and dry rotted…) on the cabin side.
Found the squeak: on the bonnet pull clip where the bonnet release rod connects to the locking lever.
Marco 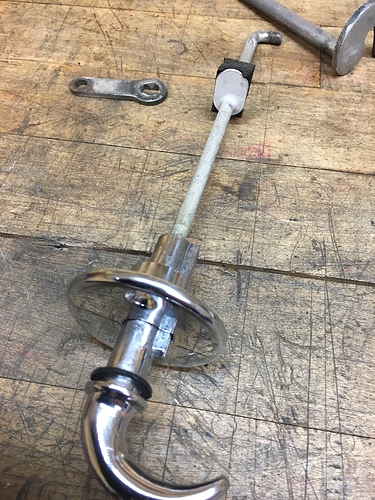 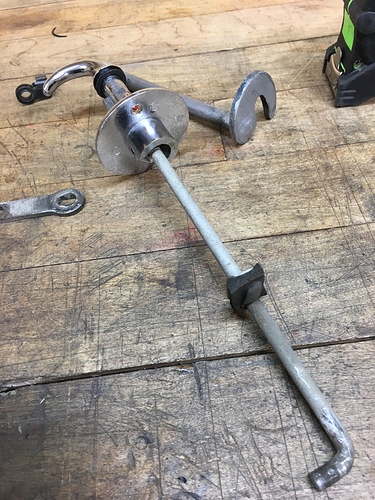 Interesting, I didn’t know about the o-ring.

Have a squeak in that area . good tip I will give her a look see

I didn’t know about the o-ring.

Marco,
I too am chasing a very annoying squeak that goes away when I release the bonnet. Did you just lubricate the joint where the bonnet release rod connects to the locking lever?

Could be the locating pins rubbing in the receivers that are bolted to the scuttle. Easy to check. Try a bit of lubricant on the pins and see if the problem persists.

I thought I resolved it but it was shortlived and came back. What ultimately got rid of the squeak was the throttle rod bushing, item 17 in the photo. It was worn thru and allowing the shaft to touch the bracket that holds it. Sorry I forgot to follow up.
I only heard the squeak when driving.

I reckon that o ring will stop my very slight rattle there…just a little more tension…. Going to do it now

My take. You want as tight a fit as possible. There’s a lot of sheet metal real estate in a bonnet and it’s fixed in only four places, the hinges and the locks. When the bonnet is lowered, the latch pins on either wing should strike slightly forward of the receivers on the skuttle, requiring a slight extra downward push to set the bonnet in place before engaging the locks. It introduces a tension element into the structure that helps stabilise it. A bit of grease helps.