So i am putting inner panels back together on 67 and i reviewed video before i took her apart and the phillips head screws just had oblong washers only. The new bolt kit has lock washer qty that exceeds what was on the car originally. Are the phillips head scews supposed to have lock washer then oblong or is that upgrade from original. Thanks Bob

Bob, no one has replied yet.
On my series 2, each of the pozidriv ( looks like Phillips) head screws had a split lock washer in addition to the oblong washer.

If the screws are original they are probably Pozi.
They look like phillips but have small lines radiating out from the slots.

I lived for years without them and now use my 4 driver set all the time on the Jag and a Sprite.

Thats interesting I did not know they needed special driver and they have specific name. I’ll have to get some. I would still like to know if 67 they used lock washers on the pozi fasteners as they were not on mine when removed

I did I did a quick summary of the SII bonnet assembly hardware and this is the net:

Are you sure they originally used Pozi screws? I don’t recall that system starting to replace Phillips screws in the UK car industry till the 70s. I’m not usually pedantic about originality but it’s best not to mix screws and drivers from the two systems.

Wiki says it was patented in 62. Thought my 62 (late 61 mfg) E had them but the only crossheads I see with a quick look are inside the bonnet in a couple areas and they are well painted, blocking any of the hash marks If they are there.
My 69 Sprite does use them everywhere rather than phillips head.
Here’s a pic of the marking on a Pozi screw head. 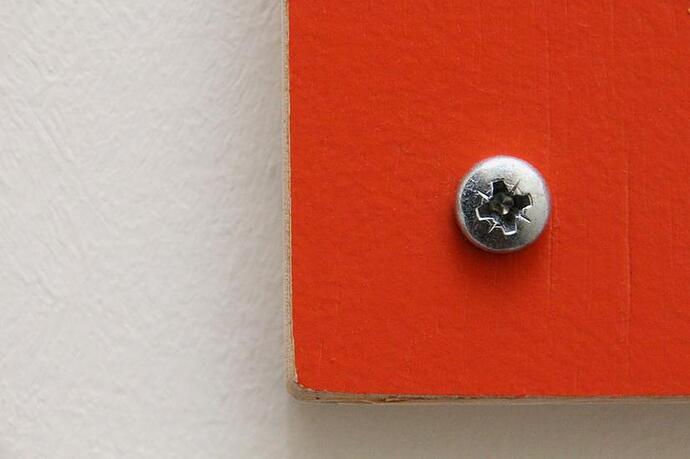 Well my screws are pozi type and i looked at spare parts catalog book and decifering is not helping. Any one out there have unrestored bonnet and can tell me if there are split washers under pozi screws. Series 1 1967. My car was a repaint with body work on bonnet and don’t know if split washers were removed or never there.

I have access to an Etype Series 1 bonnet assembly drawing.
The screws in question are denoted as “DAZ 814/10.C Speed Screw”
BTW, everywhere where the Speed Screw is used, it only denotes an oval washer. No Spring i.e. Lock washer. Conversely, all the hex head bolted connections show a Spring Washer.

The parts manual calls for spring (split) washers under all of the DAZ.814/10C (posidrive) screws. This should be covered in the spare parts catalog you refer to.

Thank you. That is the way it was when i took it apart and i was looking to confirm it. I think that detail changed on series 2 to include spring washers.

I think that detail changed on series 2 to include spring washers.

The Jaguar Parts List for the 4.2 S1 cars clearly shows spring washers on the DAZ.814/10C s and the Setscrews. Whether this reflects what the factory did I don’t know, but the parts list is pretty unambiguous.

One example from the bonnet section…

Well there it is. I guess since the new kit came with the washers and specs show them with spring washers that is what is going on. Final answer. Thanks guys.

Another source for PoziDriv bits is Harbor Freight… 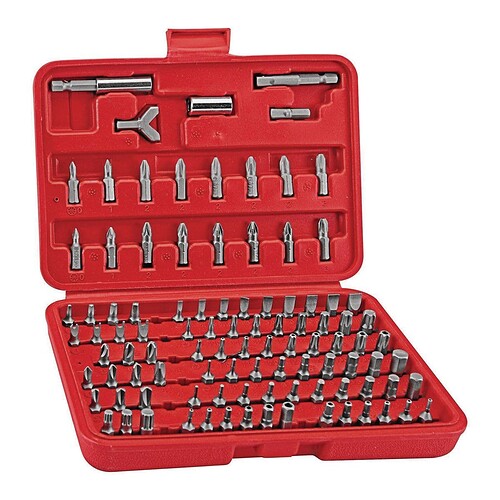 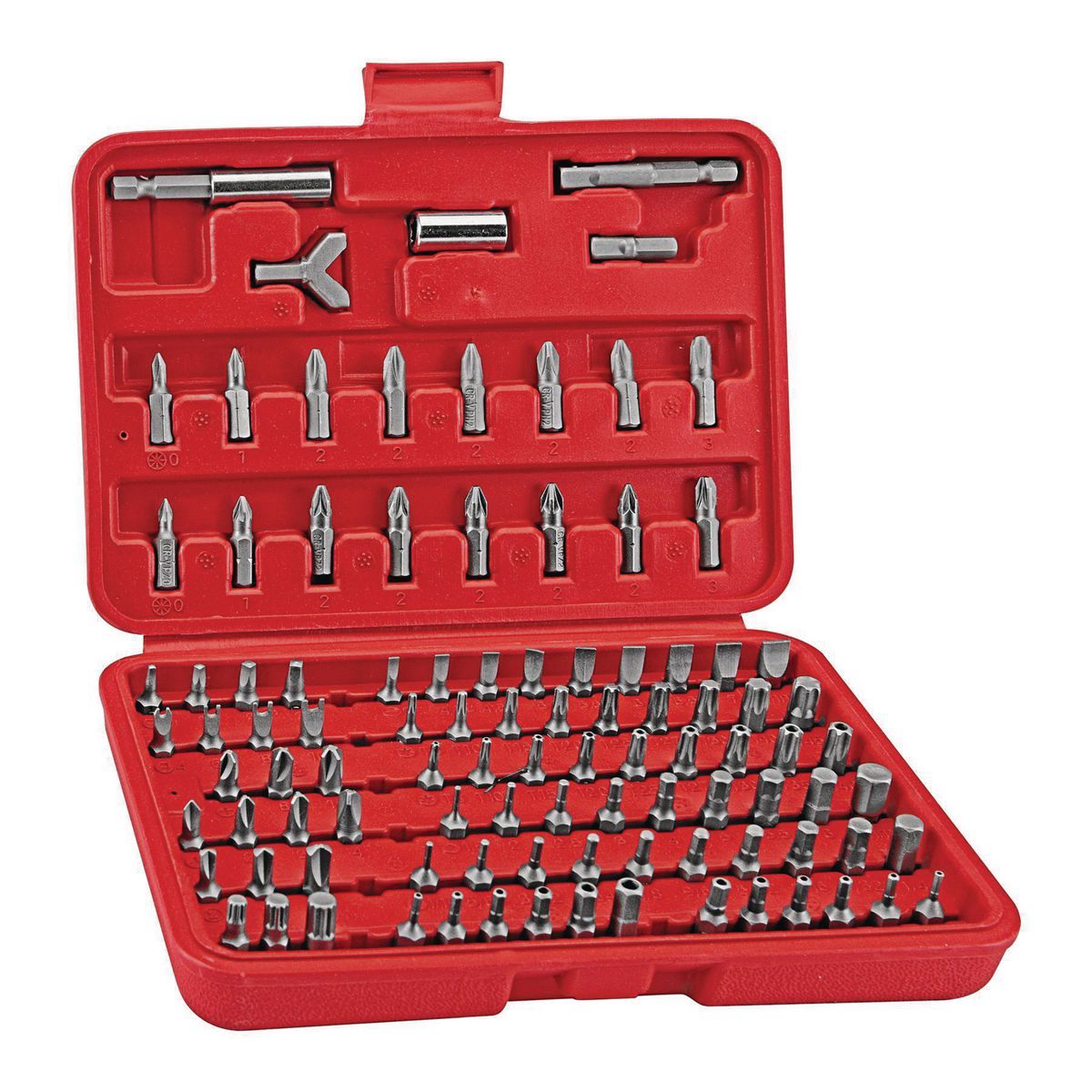 @davidxk
I just inspected my 67 2+2, Series 1.25, which I think has an original bonnet. Now that I look closely, I do see a spring washer under the head of the DAZ screw, at least for the air ducts. For what it’s worth, the OD of the spring washer is less than that of the DAZ screw. And I confirmed, as you show, that the SPC calls for them.
I am confused about the state of affairs of my admittadly bootleg copy of a bonnet assembly drawing. I double checked and it clearly does not call for the spring washers under the DAZ screws, at any location. Unforunately, the draftsman’s signature with date is illegible so I don’t really know when the drawing was originated. It is definately for a S1 closed headlight bonnet. 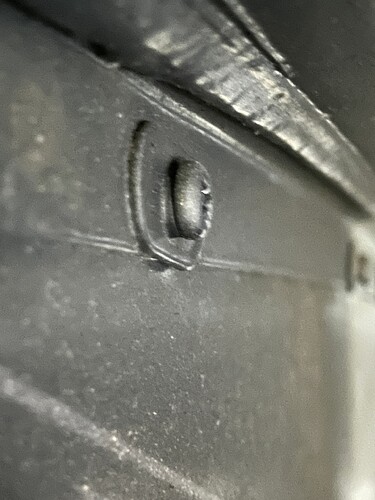 Another source for PoziDriv bits is Harbor Freight…

That’s where I got mine, and many of the other bits come in handy from time to time.

While I was there I picked up one of these to use with the bitrs. 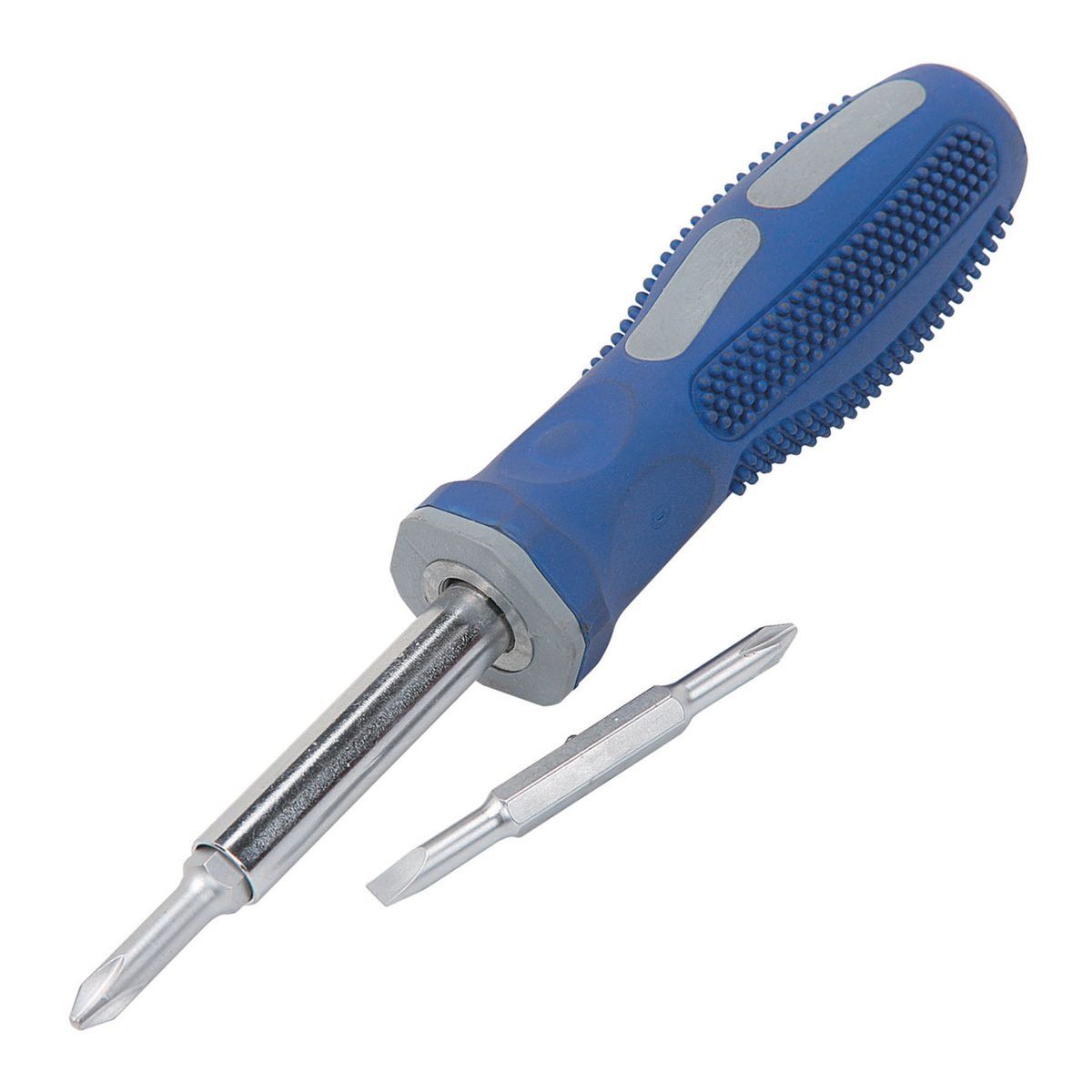 4-in-1 Screwdriver with TPR Handle

Amazing deals on this 4-In-1 Screwdriver With Tpr Handle at Harbor Freight. Quality tools & low prices.

Thanks for the follow-up with photo

Did we establish that the original car was built with Pozi screws, not Phillips? Just curious to know whether I need to prepare a formal correction and apology for my attempt to mislead the multitudes on that.

I believe the general consensus is the screws pozing as phillips are actually pozi screws and they are on the earlier series 1 cars. As well spring and oblong washers are used. I wonder if mine were ommitted due to the early open headlight install or bonnet repairs on repaint. Aghh the mysteries off life.