I’m putting on the rubber channel at the rear of the Mark V bonnet.
So far seems to be straight forward, the self tapping sheet metal screws at the round corner where the 6 holes are smaller.
Mine did not have any BD.382/5 sealing packing strip.
Can anyone give me a description of that item? I suspect it was a thin strip of Sorbo or something along those lines?

Well, I found the plastic bag with my old rubber channel bits, always good to save everything, and along with the remains of 14 pop rivets, 20 cup washers and 6 self tapping slotted flat head sheet metal screws, there were two items in the bag which may account for the BD.382/5 sealing packing strip.

So at this point I am inclined to think the BD.382/5 sealing packing strip is an example of the body assembly guys using packing material as they saw fit to build up the rubber to meet the bonnets, and the amount needed could vary from one car to the next.
The SPC writer was maybe just putting something down as a place holder for parts ordering purposes, and the /5 in the BD.382/5 may indicate 5" length?

I’ll look through the SPCs to see if part BD.382 occurs anywhere else.

BTW the 593 rubber strip for bonnet rest (92" long) is divided at the center hinge so it is really two pieces each 46" long.

So at this point I am inclined to think the BD.382/5 sealing packing strip is an example of the body assembly guys using packing material as they saw fit to build up the rubber to meet the bonnets, and the amount needed could vary from one car to the next.

That sounds very plausible, Rob. It also sounds a little like a potential water / moisture trap. Would you suggest using some kind of sealing agent (rather than the tar paper) under the rubber strip before fixing the rubber strip down?

Sorry, a new boy question: where can I buy the bonnet rest rubber strip? I wont need it for several years but it would be useful to gather such information so that I can see what else is available / what I have to be careful of removing.

The extrusion is of this form: 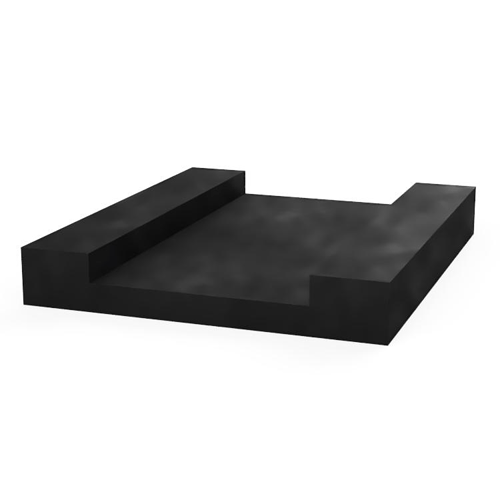 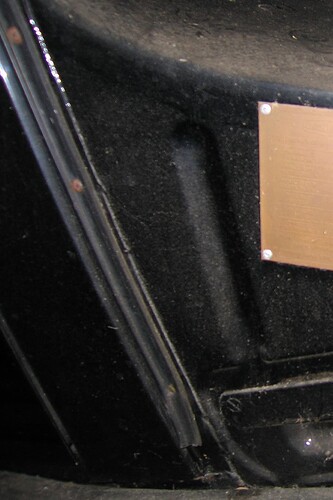 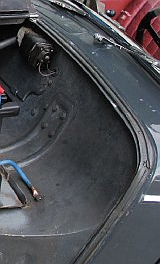 Worcester Classic Spares carries it as do Barretts. SNG Barratt UK | Keeping your Jaguar on the road

Three years ago I had no idea where to find / source anything. Though now…

I’m very happy to help anyone looking for sources for parts. People who watch this Forum are also wonderful sources of parts.

If I recall correctly, there was a special tool to lock these. It was like a pair of pliers with a flat top jaw and a peaked bottom jaw to spread and roll the split tangs.

Worcester sells it in an 8 foot length, which was just enough for the Mark V with a couple of inches to spare hanging out in the engine bay.
After a lot of careful measuring, I decided there should be a strip of closed cell foam under the rubber channel so the bonnet will be even with the top of the scuttle.
I got some from an industrial supplier McMaster-Carr.
I tried to find stainless self tapping screws for the shoulders but nobody makes them with slotted heads anymore so I settled for phillips heads. 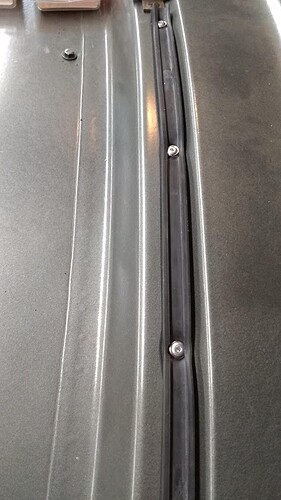 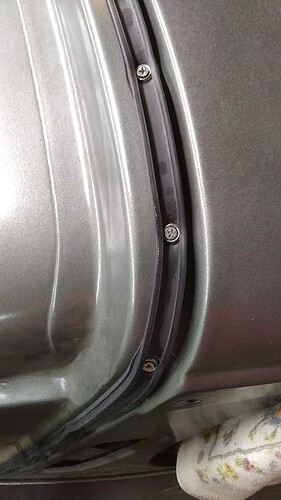 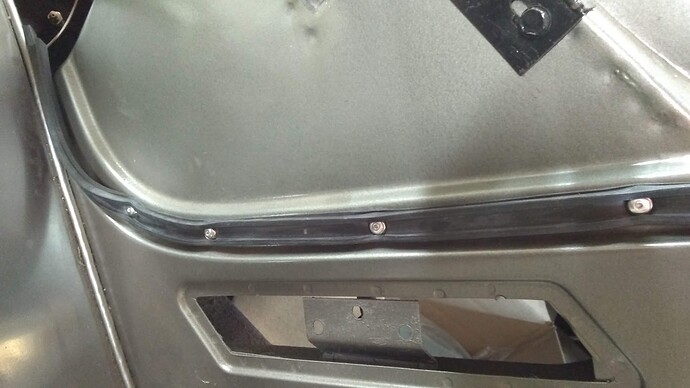 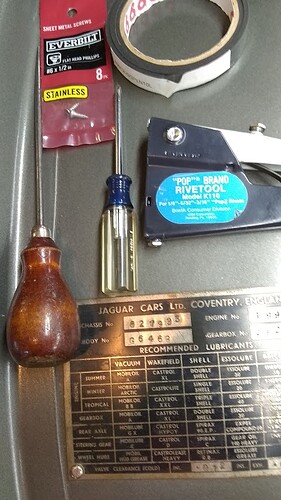 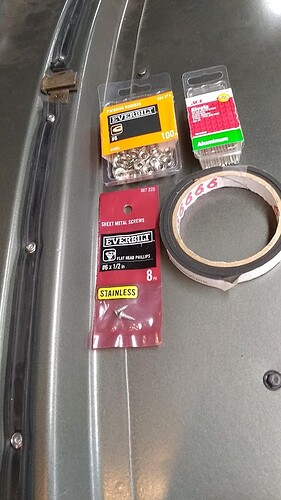 BTW since you chaps drew my attention to it, on my '38 SS there are only two bifurcated rivets on each side, one at each end of the channel. No other holes in the channel to suggest there were ever any more. There are a bunch of screws and nuts holding the scuttle panels together, but the rubber channel just sits on top of these. Was there some sort of adhesive used?

I’m not aware of any adhesive but I can’t remember removing a strip. Your SS is quite an early car but I think later cars have more rivets than you.