In my search for a new boot lid seal for a 1961 Mark IX, I perused four different options available on the SNGB website. Problem is, upon close examination, each of the four had a different profile. Without confining the comments to that particular vendor, what experiences have you Mark 7/8/9 owners had in the inevitable replacement of boot lid seals? This is no show car, so originality is not so much an issue as proper function. What little remains of the “original” seal indicates that it was not correct; it certainly didn’t keep water out since I am faced with replacing the entire boot pan due to rust.
Thanks!
Jay

I just used a generic seal, doesn’t seal well at all!

Hi Randall,
Thank you for the reply. What shape was your generic seal? So far, I’ve seen the hollow “D” shaped cross-section, and I’ve seen hollow tubular cross-sections molded with a metal-backed “pocket” of sorts to slide down over a raised sheet metal edge to hold it in place. The gutter around the boot on the Mark IX is about 5/8" wide and about 5/8" to the shut face of the boot lid, but I can’t tell if the seal is supposed to be placed in the gutter, or on the small lip on the inboard side of the gutter. Seems like a 5/8" gutter is a little wide just to allow for water run-off, so I’m guessing the seal should be placed in the gutter itself. I’m sorry to hear that your solution isn’t working very well… if I can find something that works, I’ll be sure to share!
Thanks again,
Jay

I used a u section seal which fits in the channel which seemed the best solution for sealing against the lid. The inner lip is higher than the outer. I’ve yet to find where it leaks, I need to be locked in the boot with a light & have someone douse the outside with water!
The SPC list the part no as BD.4875 but doesnt give a claer picture of the profile, it looks round. 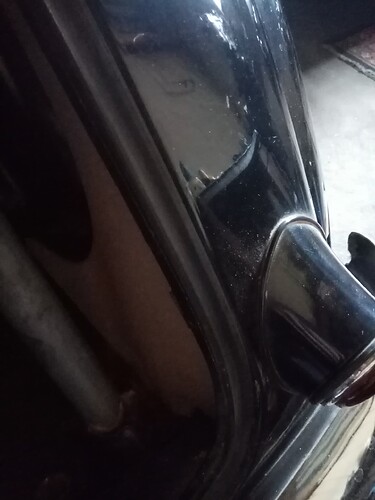 Having said that I fortunately never have to use it in the rain & only wash using a wet chamois rather than a full wet wash.

Here are some suppliers of seals. You might be able to get samples?

This guy from Australia independantly makes his own extrusions, which I have found to be accurate. His products are well priced

I bought mine from Worcester Classic Spares here in UK about 20 years ago. It’s a simple seal which was just stuck in the channel and works fine. It was the same as the original fossilised remnant which I removed. It was never designed to stop water running off the bootlid, when it was opened, and then running into to boot itself. It may have been the S Type which had the first properly designed seal with a flap which stopped this happening. 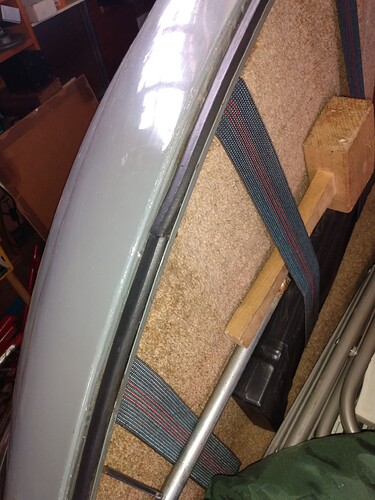 Thanks for the photos, guys! That tells me that the seal belongs in the channel, and both photos show what appears to be a double-lip type seal. I appreciate the references to the suppliers… I now have somewhere to start my search for an original-type seal. I am familiar with Worcester Classic Spares, although I haven’t ordered anything from them yet. Perhaps they have a replacement boot pan to weld in place of my rust.

Perhaps my photo is a little misleading.
The Worcester Classic Spares seal is a simple oblong seal which stands proud of the channel. It doesn’t have any sort of lip on it. They still sell them for about £25, but I would think you could find a generic seal which is the same.

Just checked the seal channels on my ‘64 E FHC and the Mk7, the channels are similar, the E is slightly deeper so I think the E rear hatch seal should work well. See c1nicole’ s post about E-type seals bulk buy.