Can anyone identify the kit?

When I bought it the car wouldn’t turn over or go into gear. I fixed both issues within a few days. Just need to install the trans cooler and find a radiator. 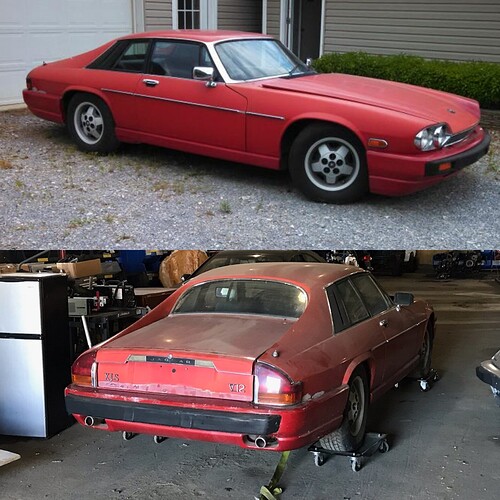 The kit on your car is called “poor man’s bumper”. It replaces the original bumper made from metal and rubber. Usually - after full decomposition, to cover other areas from British MOT tester*.
Your one seems to be unique and involves recycled parts from genuine setup…

I’m in the United States.

It is a TWR kit with the rocker covers. These are dealer add ons in the same vein as Shelby etc. You may have some other options added as there were quite a few. I actually have a copy of the dealer option list for these items.
I have radiators if you are interested. Contact me off list at sjniznik@msn.com.

Thank you! I will email you shortly

Also, is there a way I can get rid of these black bumperettes on the front and rear? I feel like they mess up the lines of the XJS

Under the black rubber cover are the real bumpers, a massive aluminium box section.
It seams to me that it’s a federal car with the extended bumpers?
You could compress the absorbers and that will put the bumpers a couple of cm inwards.

The only thing that looks nice on those bumpers - are black rubber bits.
I have no idea how you can design such piece of rubbish. Probably the idea was to make car from 70s look more ‘modern’. Like square Volvo from those years. Or maybe those days Justin Bieber - Tom Walkinshaw was in a hurry with design… This however, in connection with British simple soloutions - transformed classic shape of the car into car with gutter-made spoilers. Like sticking a DVD into the violin. Like surrounding Buckingham Palace with council’s cluster houses.
The other thing is how can you say that your car looks nice with this type of bumpers/skirts on… Something that transforms your classic car into this: 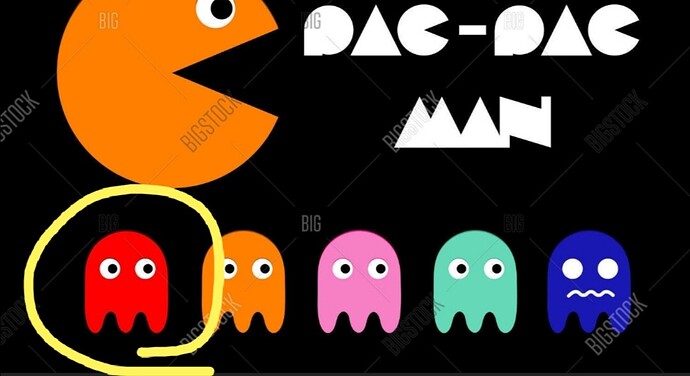 I have a Lister kit and that does not look like the one that I have?

Ok then… you said a whole lot there lol

Pull the bumpers and then the shock absorbers they mount to. Drill a hole in the shock absorber and compress them, reinstall. You will loose an inch to inch and a half of projection. Does look better but you do loose that all important (?) five mile per hour cushion.

Well, we surrounded our capitol with cocnrete blocks and wire fences !!!

I have a radiator and in the process of installing all the coolant hoses.

Unfortunately, this car has too much rust for me. Needs a driver side floor pan. Probably not much rust for other people but for me it is.

I’m going sell the car whole or maybe remove the bumpers and sell the body kit and the car separately.

Hopefully I can find another xjs or xj thats rust free.

Hopefully I can find another xjs or xj thats rust free.

Surely you will. Eventually.

Maybe it would be easier to buy something that rots slower, maybe with some plastic panels, not full-metal.

There are few alternatives, starting from Chevy Corvette (much much better made I must admit…) if you like it big style, ending on Trabant 601 for those looking for something with heart from Europe.

I dare you however - don’t give up, just show us photos of what you’re against and let the society decide if that’s something serious or something that every owner keeps under the shiny bumper…

I’ll admit. I’m from the east coast originally and was very accustomed to rusty cars. Then I moved out to Southern California and now Texas, I’ve become spoiled by rust free cars. You cannot tell this car is rusty unless you crawl under it. There’s obviously a hole in the floorboard though.

My preference is no rust. Wish isn’t hard to do but classic Jaguars are a bit thin in Texas. I would’ve easily found one out west.

I must be a bit strange (probably, I’m British, in Canada and still bought an XJ-S), but I quite like the way that body kit ahs been added. The 5mph crash bumpers are ugly and always were, but that is a decent enough attempt at updating them. I don’t think the early solid colours (from the BL paint store) really suited the XJ-S, ever, and that red has lost any lustre it ever had. I never saw one in Pageant Blue, but thank your chosen god for that mercy, Harvest Gold, Poo Brown and Rover greeny blue were bad enough. Only Glacier White really worked in the original palate

@pirublues if you do strip that body kit off before selling, I could be interested. Mine only has a little rust (nothing like a UK or East Coast car) but this would look good covering some of my welding!

The kit is part of a TWR package that is considered to be very rare - 500 made from 84 to 88 the kicker is that the package had various options and it was sort of a build your car exercise.
The basic kit was the bumpers which had to be modified for US market otherwise they looked like a facelift bumper. The body kit also had “aero” skirts and a rear wing. There were often special, larger wheels/tires.
You could order up-rated suspension, steering, brakes and engine - 6 liter.
These cars were custom built by TWR to start and then by Jaguar Sport division in later years.
I didn’t see a wing on your car but there are probably people out there who would be interested in the aero package.
I appreciate the earlier suggestion re: reducing the obtrusiveness of the rubber bumpers.
Cheers, Hale