I put my rebuilt brake mc back on my car. I opened the front outlet pressure fitting that goes down to the servo thinking that it would fill the mc by gravity once I filled the rear brake reservoir thats connected to the mc via the banjo fitting. However, the mc didn’t fill up. I eventually shoved the rubber hose from the mighty vac into the front fitting on the mc (see pic). 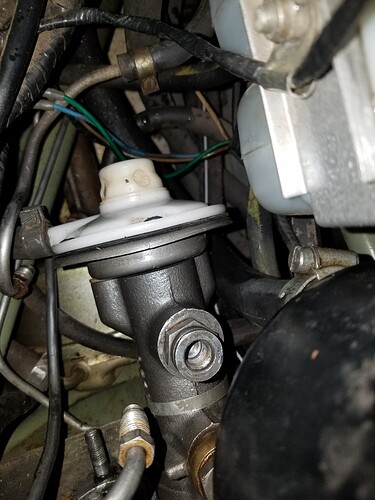 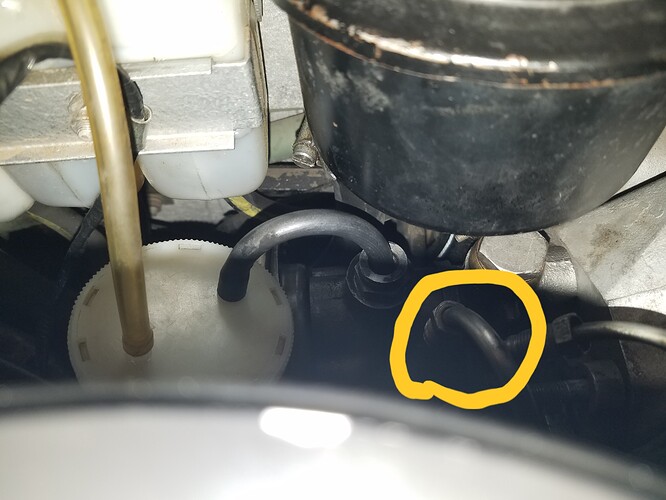 My experience is that even if you could pull fluid through it, you would still have air to bleed out of the system that is between the outlet pipe and the servo. This means that you would need to have all pipes connected and pump the pedal and bleed the circuit by pushing fluid through to the front caliper circuit (I assume you have a later car where the master cylinder is direct to the front circuit.)

If do you want to pull fluid through the master cylinder, I suggest you pump up some vacuum with your setup, then pump the brake pedal. But you will still need to bleed the system at a front wheel when it is all connected up

Okay, thanks, I’ll try bleeding at the calipers. I still can’t figure out why the steel outlet pipe going from mc to the servo was empty when I disconnected it last night since I hadn’t disconnected it to r&r the mc. Seems like it should have been full of fluid.

Pressure bleed by applying pressure to the reservoirs as discussed elsewhere on this forum. You might need to run the engine so you have vacuum to stroke the servo.

I’ve been trying to rig some kind of lid with a air nipple to pressurize the reservoirs. I assume that I wouldn’t want to put too much pressure on them and crack them.

Folks on here have used a bicycle or motorcycle inner tube fit over both bottles and then apply a couple of Lbs of air pressure.

I still can’t figure out why the steel outlet pipe…

I gave up wondering why something does or does not happen during a brake system refill.

The only easy way I have found is a pressure bleed.

I’ve been trying to rig some kind of lid with a air nipple to pressurize the reservoirs.

I use a bicycle inner tube with modest pressure: 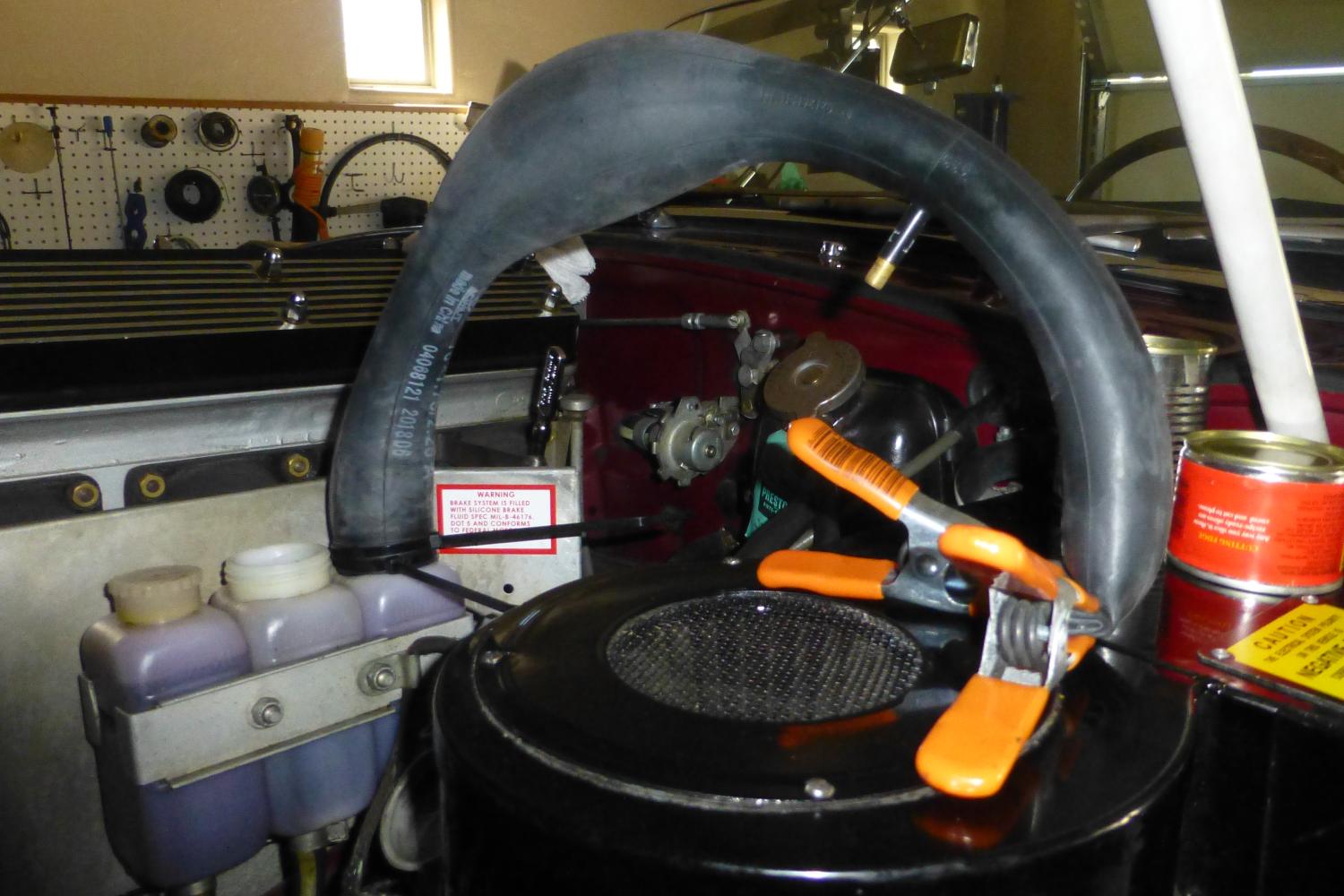 This is the tube I use (Ace Hardware): 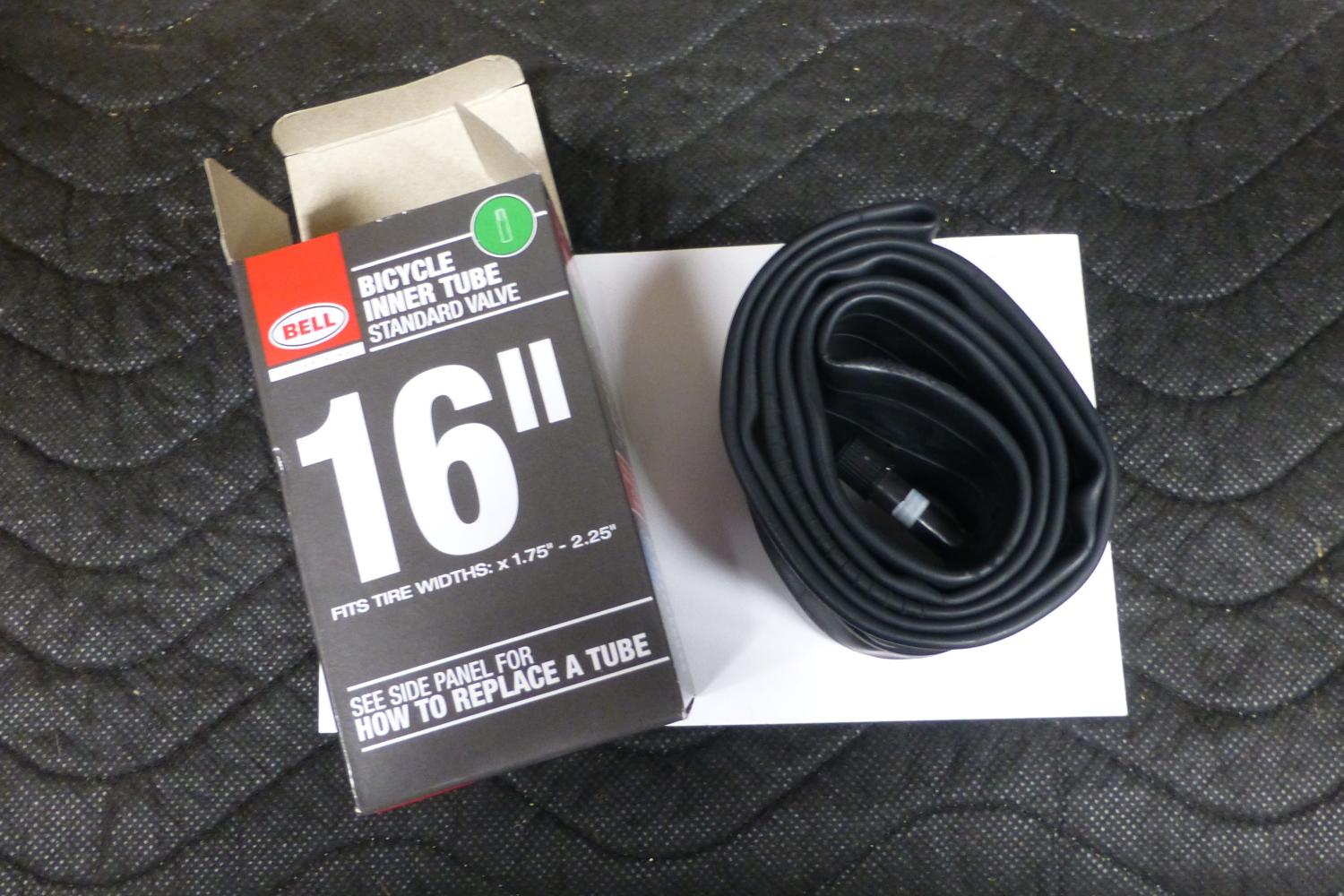 Held to the reservoir with zip-ties: 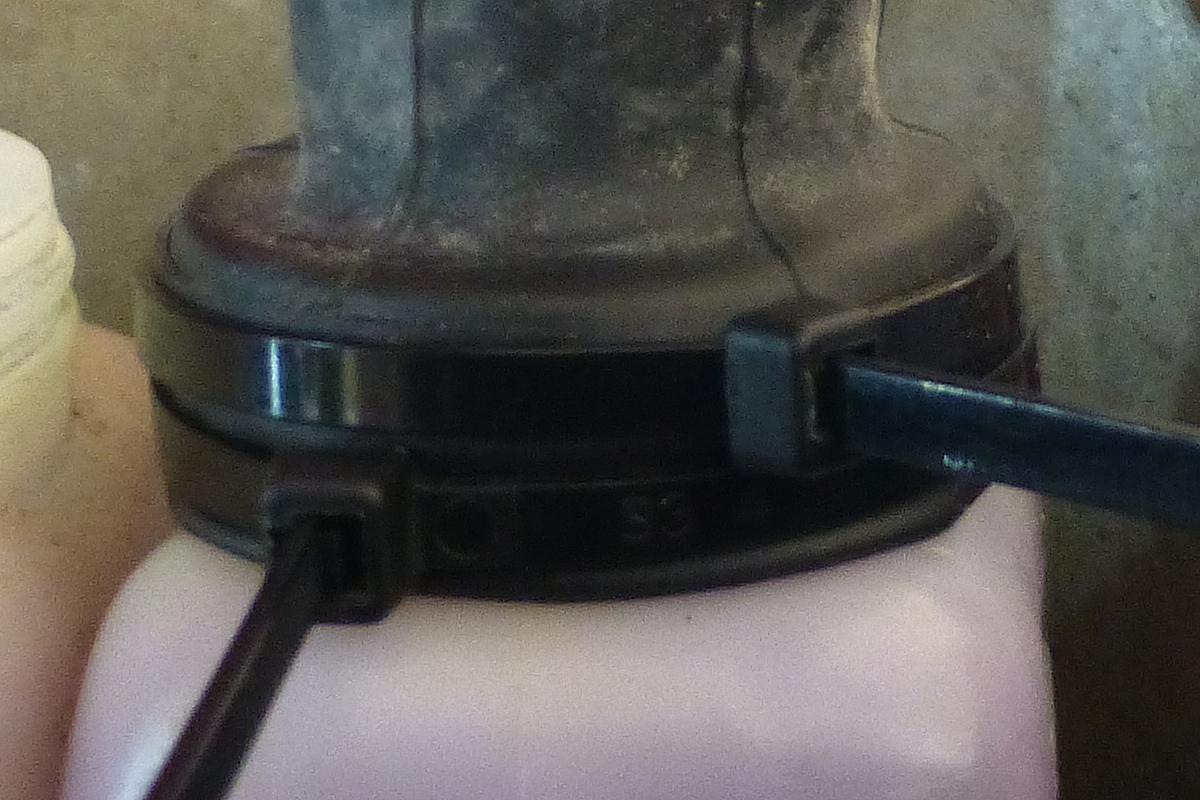 Note in that last pic - the end of the tube is doubled over before putting it on the reservoir (for better grip).

I’m trying to picture in my mind how that would be done.

I discovered an easier solution! Gas can cap. It’s a perfect fit. 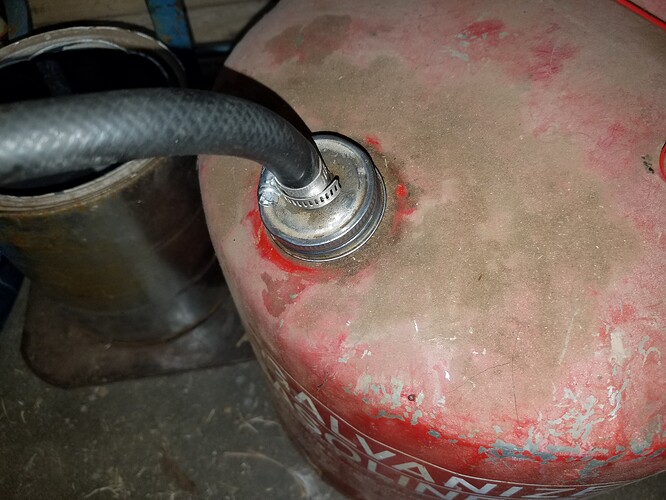 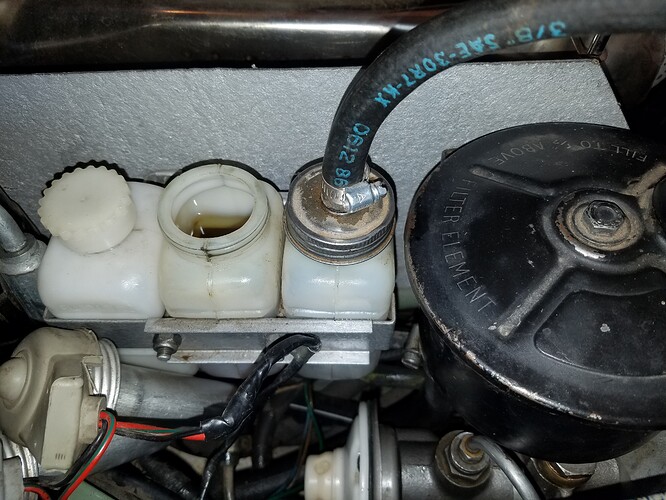 This 1578 cap is the one I found that fits the square bottle. You would have to drill and put in a fitting similar to Gary’s photo.

The one advantage to the inner tube method is that with the Schrader valve, pressure could be maintained for an extended time vs my gas cap method not having any kind of valve as is.

Geo, when you are using the inner tube to pressurize the brake reservoir, what location are you bleeding the brakes at: master cylinder front fitting, brake servo fittings, wheel calipers, or all of the above?
I can now bleed fluid at all 4 wheels with and without engine running, all 4 fittings on the slave cylinder: input lines from front of mc, and front brake reservoir, and 2 output fittings going to front/ rear circuits, but I still have very little pedal.
Last month before I took the mc off as a result of my brakes locking up (presumably as a result of the secondary mc piston sticking), my pedal was excellent. Thanks!

Just the calipers though I briefly crack open the line to the master to let any air out and get it filled enough to proceed.

Okay, thanks! I used a spare flare fitting in the mc front outlet port with a clear hose going back to the front brake reservoir.

Good to hear you got it sorted.

Interestingly, I never did get even one air bubble out of any of the calipers despite bleeding each one 4 or 5 times. The only place I ever got any noticeable air out of was the mc output port. In the end, I finally got a good pedal.

As I said a few posts back…

I gave up wondering why something does or does not happen during a brake system refill.

I bled mine with these after replacing the MC, and servo. No pumping needed. Just remove the reservoirs and connect this 60ml syringe to the rubber hose and push it the fluid. Fronts and rears are on separate hydraulic circuits. Just loosen each bleeder individually and pump until you have no air coming out, or in my case until clean fluid was coming out. I started with the rears then did the fronts. In the end I think I bled about a liter through the entire system. 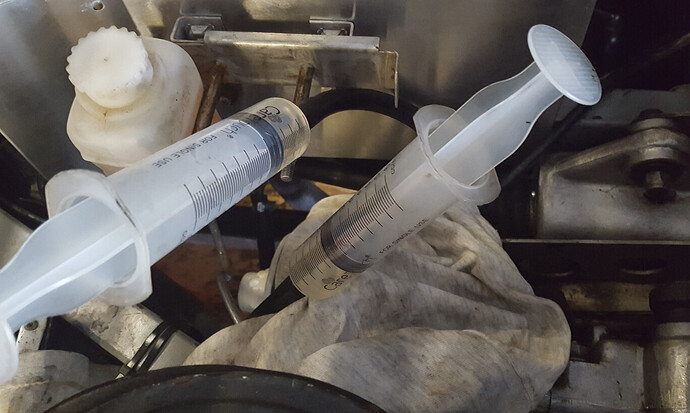