Just sharing my latest knowledge. It may be a little dated due to the passage of time, but I found it interesting and thought I’d share -

I ordered two p/n C36606 from XKS Unlimited (now Moss Motors) back in September 2020. They’ve been on back order since then, but I received them last week. These were the ones advertised by XKS as having upgraded stainless steel float assemblies.

The units I received from Moss were a new design I haven’t seen before, and not like the ones I’d originally ordered from XKS. I called them today and made them aware. According to their rep, the vendor and part numbers have not changed, so they’re looking into it. The float assembly is not metal. It is a slightly cone-shaped plastic tube that’s open at the bottom end, and closed at the top. The nipple at the bottom of the bottle is reinforced with a metal tube, and the inside does have a mesh filter - it’s really short compared to the stock one, to not interfere with the plastic float tube, I suspect. The plastic nipple is tapered with a slight raised area for the hose. The bottle has “FLUID LEVEL” lettering on all four sides (hard to see in any of my pictures, but it’s there), like the one I removed from my car. 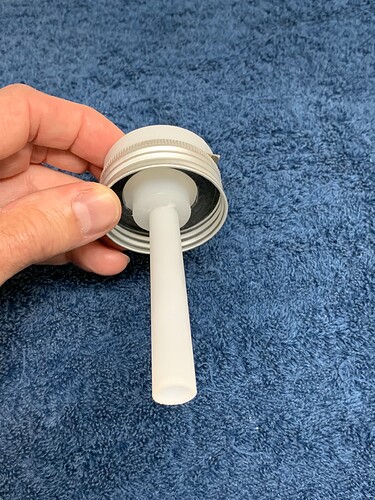 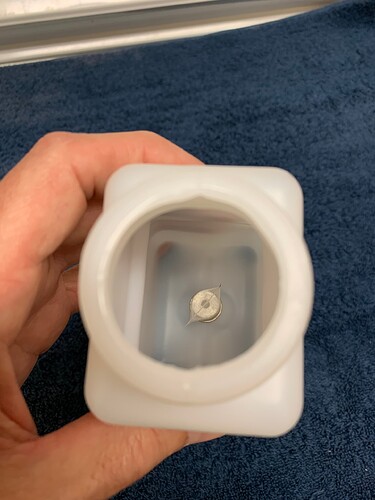 While I was waiting for the Moss units to come off back order, I ordered two p/n C36606 from SNG in December 2020. These were the original style bottles and float/sender assemblies. These were received shortly after ordering as they weren’t on back order. The nipple at the bottom of these is reinforced with a metal tube too, but the inside does not have a mesh filter. The plastic of the nipple is tapered with a more generous raise in it for hose sealing. The bottle has “FLUID LEVEL” lettering on two sides only. The overall shape of the SNG bottle is a closer match to what I removed from my car, which I believe is OEM. 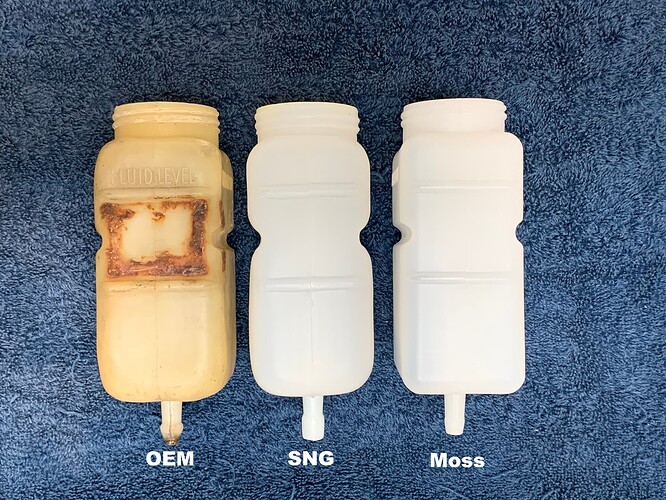 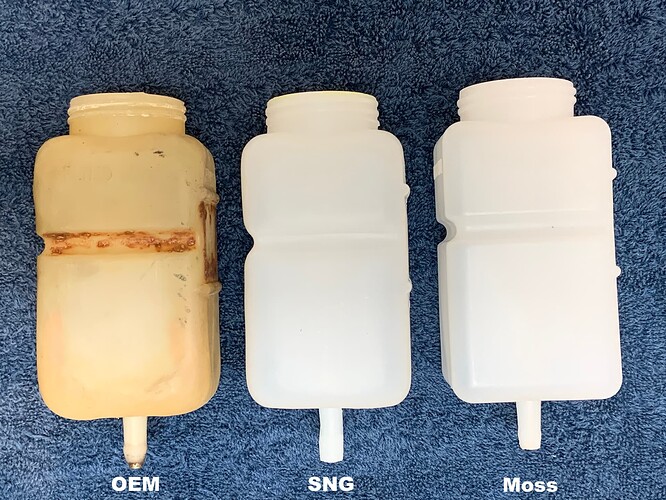 All of the bottles seemed sturdy and we’re not suffering from the thin-and-breakable bottles, from years ago, that I’ve read about in the archives. The float tube style may work fine - I don’t know, I didn’t test them, but I’m planning to keep the OEM-style I received back in December.

Rob, keep an eye on the new bottles as over time I have had two crack and leak. I cleaned up as much as possible my 55 years bottles and reused them. It never ceases to amaze me how the original parts outlast new ones.
Regards,
Allen

The float assembly is not metal. It is a slightly cone-shaped plastic tube that’s open at the bottom end, and closed at the top.

I have this form of float in my '63, which I presume are aftermarket. They predate my ownership of 2+ years, but I don’t know by how much.

Yep Joey - both the sources provide brake bottles with the inner metal nipple liner. The repro clutch bottles too!

Oh wow. Allen, how long ago did you purchase your new bottles? I’ve read there were a lot of issues a while ago, with what you describe, but I haven’t heard of many/any recently.

I have this form of float in my '63, which I presume are aftermarket. They predate my ownership of 2+ years, but I don’t know by how much.

REALLY?! Oh wow - I have never seen that before. I suspect they must be working well enough for you!

I have recent experience with these bottles (last summer.) The SNG C36606 (cheapest bottle, two sides lettering only) cracked at the nipple after a month or so, with very little driving. I was very careful not to stress the nipple installing the hose, since I was replacing the bottle due to a leak on the original one in the same place. But some force is needed to get the hose on.

The SNG C36606X sounds similar to the Moss item - filter built in, more like the originals with lettering on 4 sides. This one has lasted for a year so far and 600+ miles of driving with no leaks.

SNG as upfront and reputable a company as there is in this business, but they seemed to know that their low end bottle has shortcomings. They did apply the full price I paid for the cheaper bottle towards the purchase of the more expensive one.

I can only guess they have a number of customers who are satisfied by the low-end bottle, maybe because they don’t run their cars much? The bottle problem goes back to at least the late 2000’s. The previous owner handed me two pristine brake bottles saying they were crap and he put the old ones back on.

Didn’t SNG take over the company that made the original bottles and now manufactures them to the same spec?

I can’t wIt for my bmw bottle😀

The SNG C36606X sounds similar to the Moss item - filter built in, more like the originals with lettering on 4 sides.

I don’t see these listed on the SNG site - are they now a model of the past, maybe?

Yes, SNGB now own Sovy the OEM to Jaguar along with all the original drawings and specs.

Rob, I wanted to freshen up the old bottles with new replacements around 6 or 7 years ago. so I installed new ones from SNG. Well in a few years I was fortunate to notice that my brake fluid was getting low…then found the leak on two bottles both near the base of the bottles. Of course the splash pan`s black paint was a mess. So, I scrubbed the old ones and reinstalled. No more leaks.
Regards,
Allen

Serendipity for me; I know how fortunate I am.

This was a mistake on my part - the number was actually C36606/1U (looked up the invoice.) The cheaper model is C36606/1 (I believe the “U” stands for uprate, that’s what SNG called the more expensive model anyway.)