My sensor was sticking on regardless of fluid level. Flickered every now and then but mostly on. Since I have fixed it and couldn’t find a lot on the web on it I thought I’d share some pictures and my experience.

The red cap is held with two rivets like this. I tried to cut a slit in the top to screw them out - no success. Couldn’t get deep enough without chewing up the cap. I used a ‘Dremel’ tool with small cutting disc

Next I needed to get the sleeve off that the float moves up and down in. It was held in place with a small divot punched into the side that matches a divot in the plastic underneath. See here where I had drilled this out and then reassembled later, lined up with the little divot in the plastic and given a gentle tap with a punch to secure. 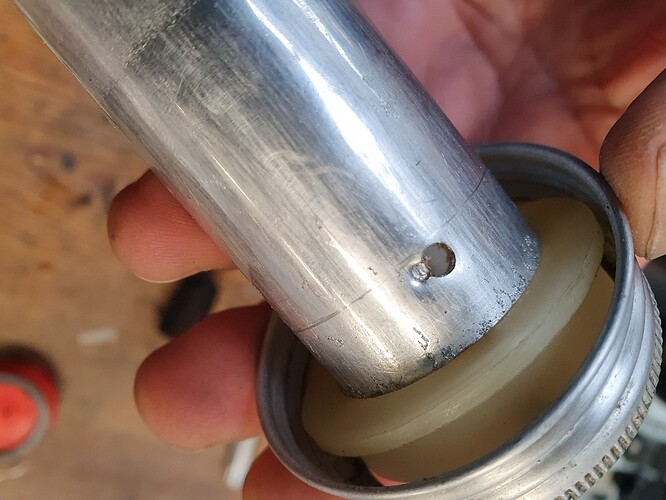 The reason the sensor wasn’t working was the cork float had become saturated and was no longer floating. It is held on the metal rod with small brass washer. The end of the rod is flattened to stop the washer coming off the end. I simply ground off the extra width to allow the washer to come off followed by the cork. 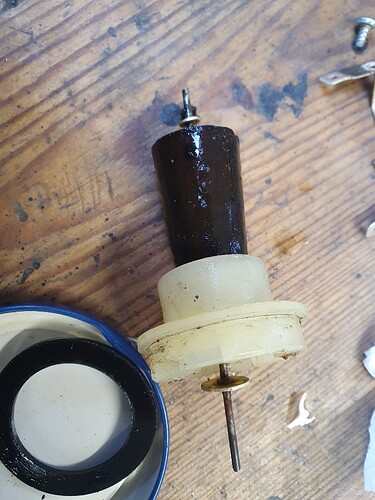 I replaced with a wine bottle cork. I had a plastic one I would have preferred but old fashioned cork is what I had.

I cleaned up the contacts at the top and reassembled 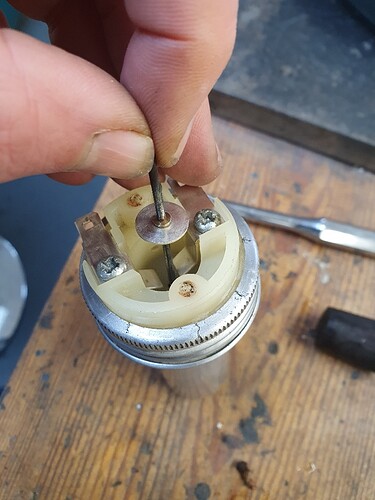 You can see that the top of the aluminum cap is split in a couple of places. This is a weak spot and probably inevitable given the tendency to want the cap real tight. When I reassembled I placed a rubber washer between the aluminum an red plastic cap. This supports the aluminum underneath. I used stainless steel machine screws in place of the original rivets. I needed to not over tighten them so that the red cap could still rotate independently of the aluminum cap underneath so I could line up the wires later. 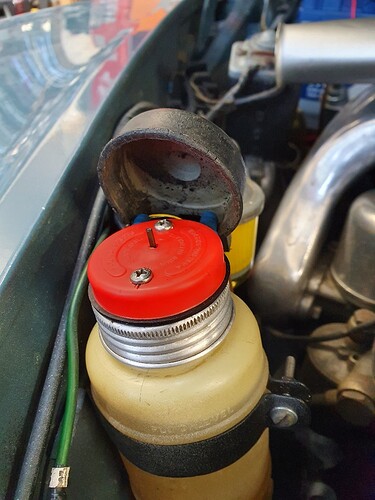 Excellent - thank you for taking the trouble to write it up as well.

Good write up, have just done the same job an our XJ6 - sunk cork float. Wine replacement as yours. Paul.

They will not fit in the brake reservoirs but really class up the fuel sender😀. If you coat the cork with epoxy they will remain buoyant indefinitely. Going on 25 years for mine now.

It was only partly a joke:I used to have an MG SA,prewar with a cork clutch running in oil. Very good clutch but wore quickly when driven spiritedly.After a wedding I reassembled all the corks and they were pressed in the clutch with some adaptations. As the quality of these corks is a lot better than the normal ones, they performed a lot better…

Just for reference for this topic, here is the wiring diagram for the handbrake and brake fluid indicator.