After being sticky for a year or two, the bonnet release cable on my 150 snapped and came out, leaving the bonnet in the locked state.
There must be a backup way to open the bonnet, but It’s not obvious to me. It’s left hand drive
Any advice would be appreciated.
I see this has happened on other models…

Thanks so much for the advice. I’ll try that later today and let you know how it turns out.

Once you get it open I would strongly suggest you drill a little hole in the catch mechanism and use a bicycle cable to make an emergency pull wire. Mine is routed in front of the right front tire where I can reach it easily to release the bonnet regardless of the cable under the dash.
While you are at it I would address the boot release cables. They too can foul so you cannot open the boot. I drilled two 2" holes in the floor pan under the U bolts that engage the boot locks. With a 1/4" extension and socket I can undo the U bolts, releasing the boot lid.

Hello again.
I know what the bonnet latch looks like, and how the cable connects. But I couldn’t see any sign of the latch or cable when looking under the chassis with a good flashlight. I’ll probably have to put it on a lift, unless you have a photo of what I’m looking for.
On the boot issue, I did have some problems with the mechanism getting stuck. ( it’s a pretty goofy setup). So I added a cable to the latches that I can pull from behind the seats, via the passthrough to the boot.
Thanks, Chuck W

It’s on the top left of the radiator. The 150 grill is bug enough so you can see it looking through the grill. I would think it would be very difficult to access from underneath 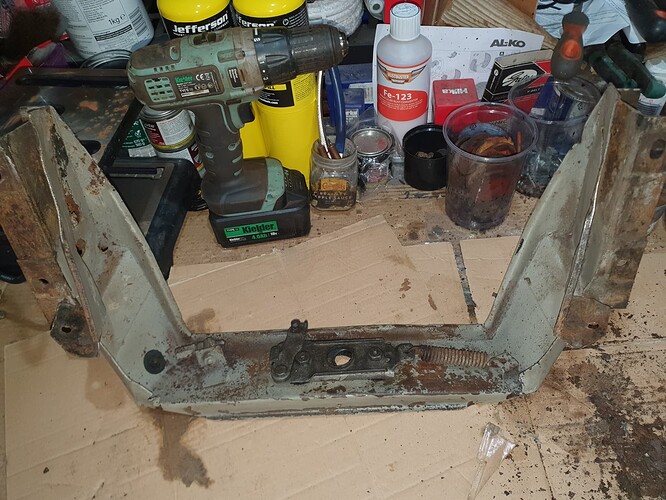 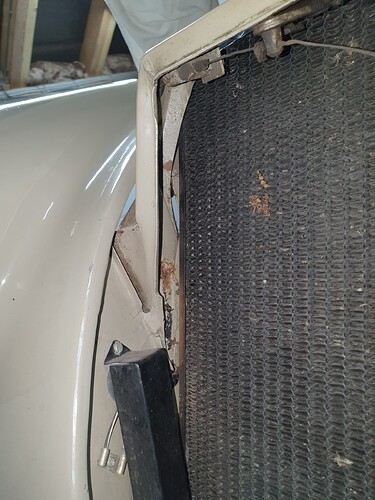 great pictures. I now recall the structure and should be able to see what’s left to pull on. The lock itself is under a panel holding the safety clamp.
If there is nothing left, one can always cut the grillwork I suppose. That would be unfortunate to say the least.

I don’t understand why you can’t easily reach it through the grill. Here’s a pic of my ‘59 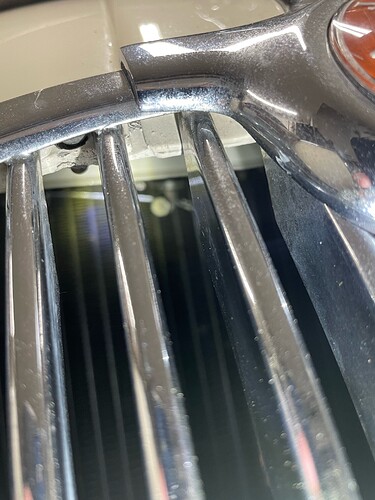 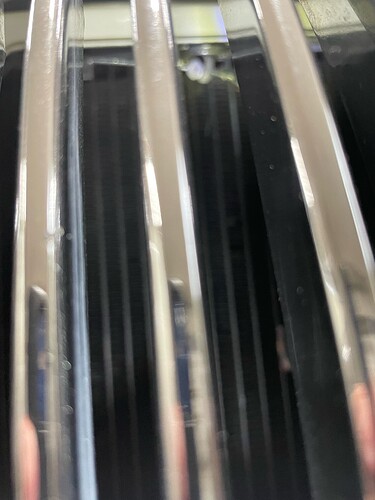 Thanks everyone. It’s now fixed. My first problem was that I remembered (wrong) that the latch was at the bottom. Once I got that right, I could see the latch through the grill, same as Pat’s picture. But I couldn’t find anything that would push the lever to the left. It was way too stiff. So, I used a length of insulated two lead wire, with a loop around the lever and the other end slid under the hood to the outside. Lots of leverage 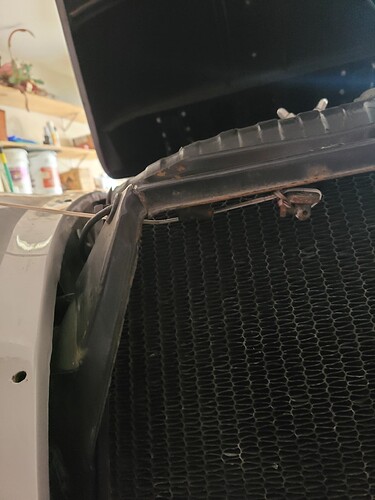