Hi does anybody know the dimensions and TPI on the front bumper securing bolts that go through to the chassis and the rear ones that hold the bumper to the rear bumper irons ? additionally how many flat irons should there be on the front and rear bumpers one or more ?

The front bumper assembly is a ‘sprung’ bumper which is a fully engineered item with many components. It has been designed this way to counter a resonant vibration in the front chassis area under certain road conditions. It was adopted on many upmarket cars of the time. It was not used on the 1.5 as it had a conventional design. I have experienced the slight ‘shimmy’ at times and found the counterweights were missing from the bumper.

The other parts are: special grommets to disguise the large stud and contoured to the curve on the nosing of the valance; chromed cups on the end of the studs and with rubber plugs; metalastic type bushes in the trunnions; trunnion base plates with special bolts; lead weights in the ends of the bumper scrolls.

If you are missing any of these parts, life will be awkward. I’ll look at getting photos of the various bits if you need them.

The rear bumper just has a single flat steel strip along the rear to give added strength.
It doesn’t escape the quirkiness either. It is held on with two special bolts that have a special hole to take the optional (and unobtainable) reflectors. The centre hole is for the ‘J’ medallion and plinth. That also has a special nut for cosmetic purposes.

To answer your question about the thread size for the bumper bolts, 1/2" BSF comes to mind.

Thanks for that Pete

I have most of the parts except the actual special bolts for the rear and the stud/ bolt that screws into the dumb irons, very good explanation also, have you got any pictures ?
Looks like I will have to do some engineering for the bumper attachment’s I tried a 1/2 BSF bolt for the bumper to car chassis but it seems bigger than that probably 9/16 I am thinking just need to be able to get a bolt to try for size

thanks very much for the info
regards

I had to have them made. Here are three photo’s of the bolt with the ‘Reflecta’ stud, and a hand drawn schematic for you to use. 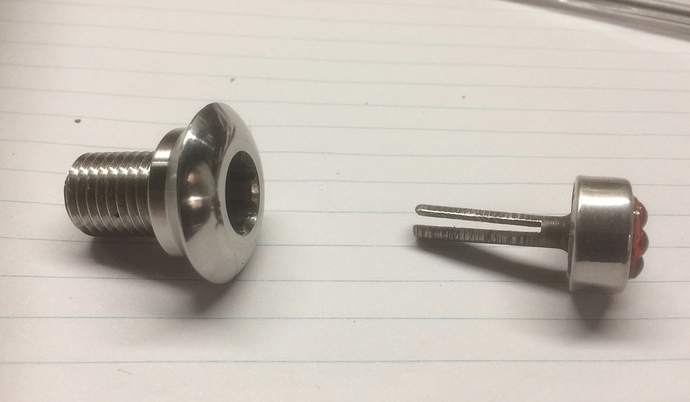 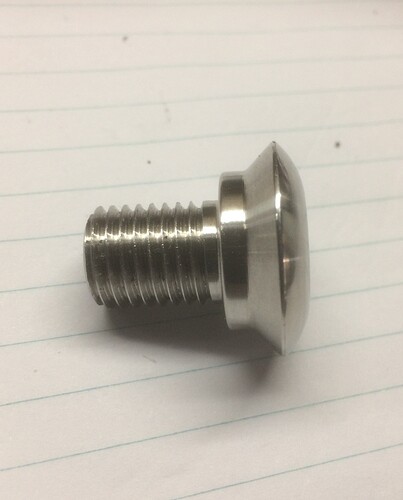 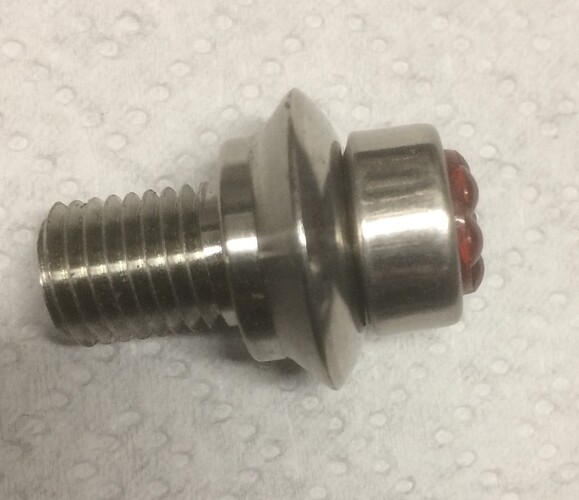 I don’t know where you are but there someone selling two bumper bar irons on eBay.

Be WARNED…
Be very very careful of this regular vendor in South Australia, who only advertises in UK on-line sites…
No visitors, no inspections and no come back…, even for locals…

Yikes! It’s awful that there are people around like him. I just assumed he was in the UK. Thankfully I have never bought anything from him!

Plus, the description is ambiguous, implying it is for a rear bumper. These are for the front and go under, not ‘behind’, the bar.

Thanks for that Tim, excellent information and I will be endeavouring to have some made, do you have a size or drawing for the stud/ bolt that holds the front bumper on also ?

I have been following this guys spare for sale, glad you have given us the heads up

do you have a size or drawing for the stud/ bolt that holds the front bumper on also ?

Glad to have helped you with the rear bolts.

Information for all to help if you are missing details.

I like those original style reflectors, Tim, but considering their unavailability, when I had the special bumper screws made (polished stainless steel), I tapped the hole to take a readily-available Lucas reflector. Notice that it has a curved rubber gasket which follows the curve in the bumper quite well. The gasket needed the centre punched out to seat around the special screw head.

A photo of the rear bumper stiffening bar and a label with the dimensions. Not too difficult to make from stock mild steel section. It is likely to be a harder grade to provide additional stiffness, but ms is better than nothing.

A few photos attached of the details of the assembly of the front bumper. 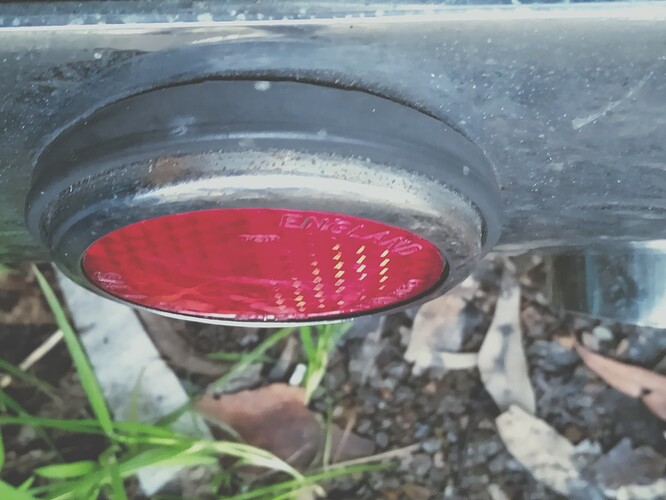 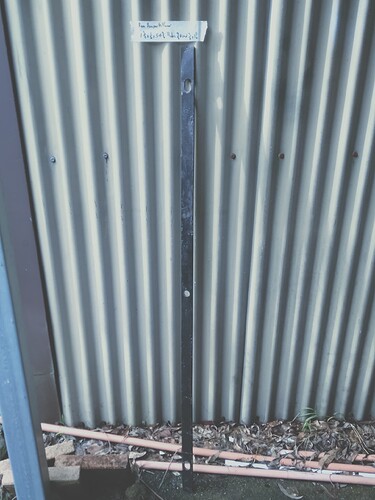 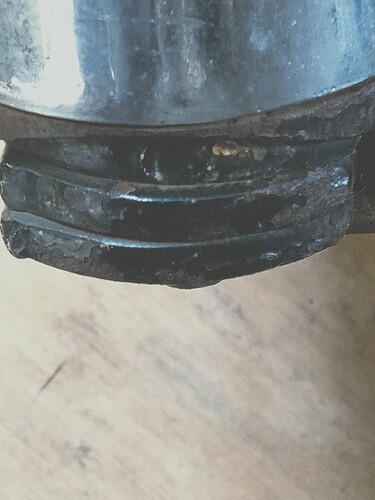 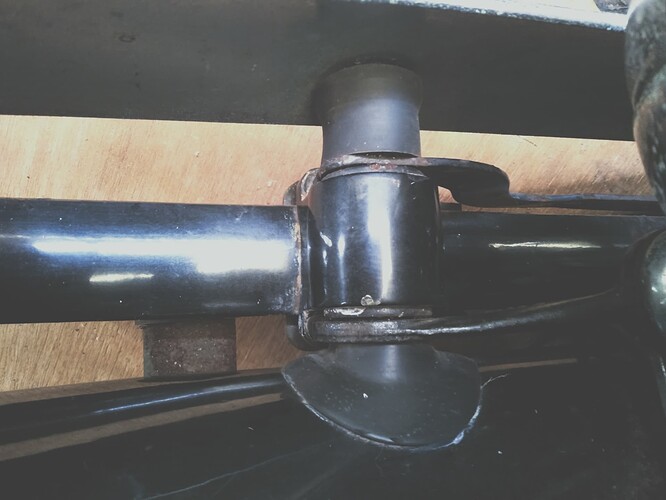 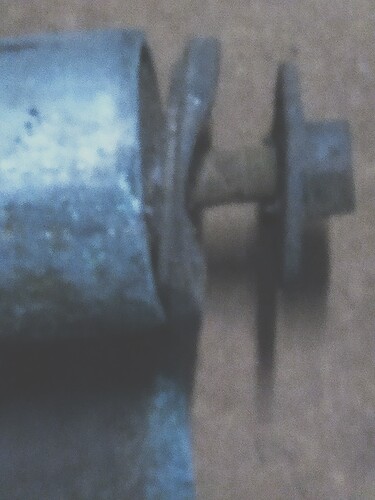 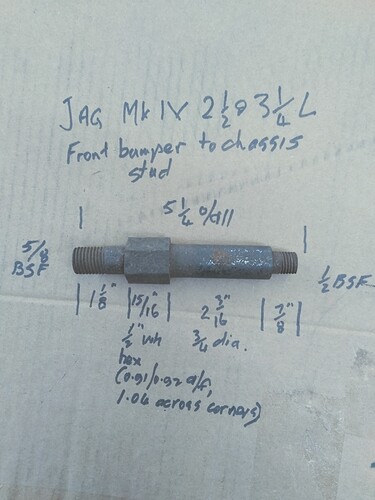 Pete, many thanks for taking the time to post this information, its invaluable when putting a puzzle back together, and is very much appreciated

Here are pictures of the trunnion block and associated mounting details. I don’t know if they were chromed as factory standard, but there were old remnants of flaking chrome on these so that was good enough for me.

Note the special cheese headed bolts. They are easily made from standard bolts and need to be fitted before inserting the metalastic bush. There is no standard bush that matches this size and they are only available when a small batch is run off by ssjaguar.co.uk, Alan Gibbons. 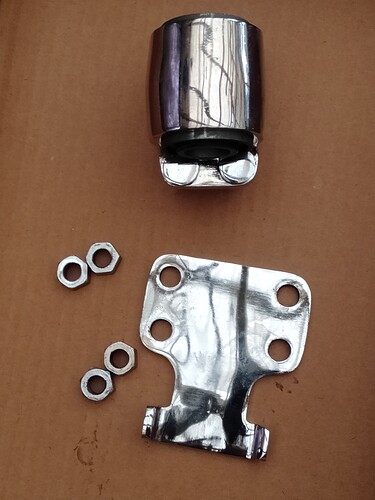 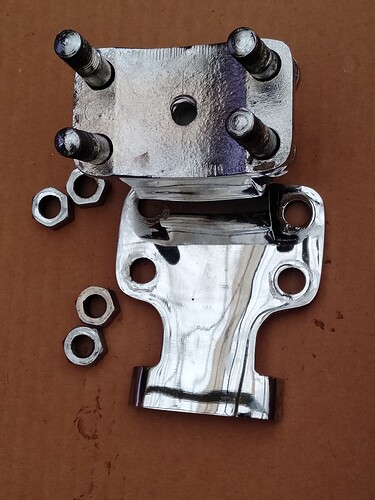 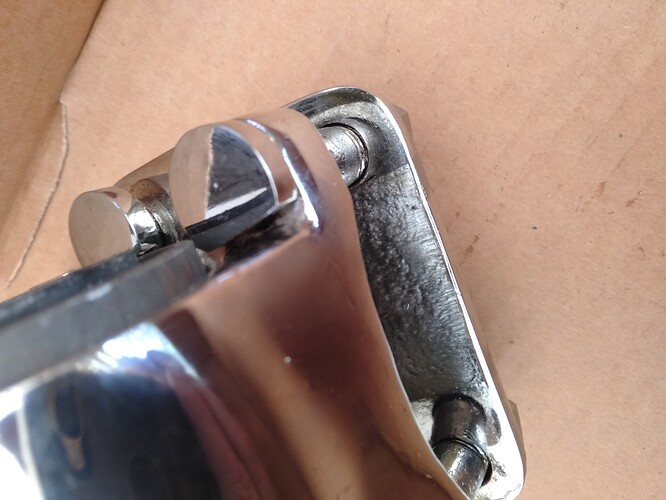 That sketch above of the front bumper stud will be revised when I can do the check of the length of the damaged tip. It could be longer than the 7/8" guessed.

Here are some pictures of the detail of the rear bumper medallion mounting with its special nut and heavy washer. It is a 1" AF hexagon. 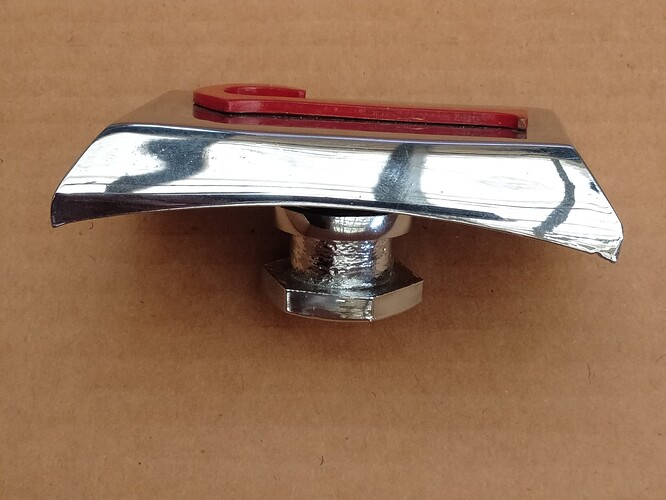 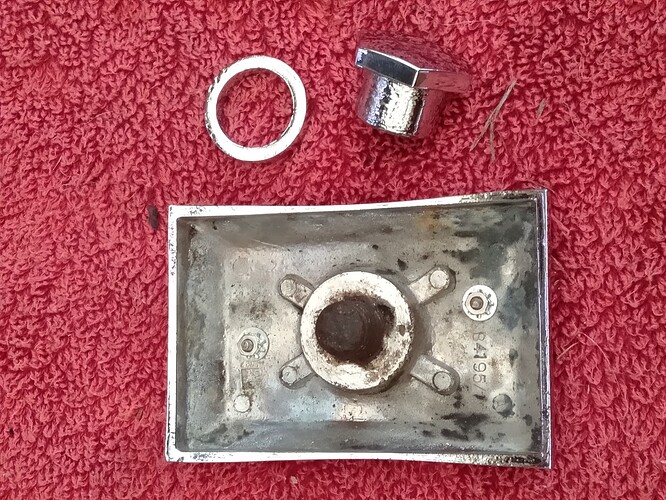 There is no standard bush that matches this size and they are only available when a small batch is run off by ssjaguar.co.uk, Alan Gibbons.