Hey Gang. I have an old school set of smooth cam covers that I bought off eBay quite a while ago. My own dumb fault, but I just noticed that they’re probably a mismatched pair. I’d still like to use them on my mid 1970s 4.2 in this D-Type reproduction. They have a lovely patina on them that’s perfect for the used look I’m going for.

Does anyone have a lead on a larger rubber half moon that would fit the larger cam cover end? I’ve searched the web and called Moss and SNG, but no dice. Tried cutting up a piece of radiator hose to get a curved ‘filler’ piece to make the smaller half moon size fit, but it’s a bit sketchy. 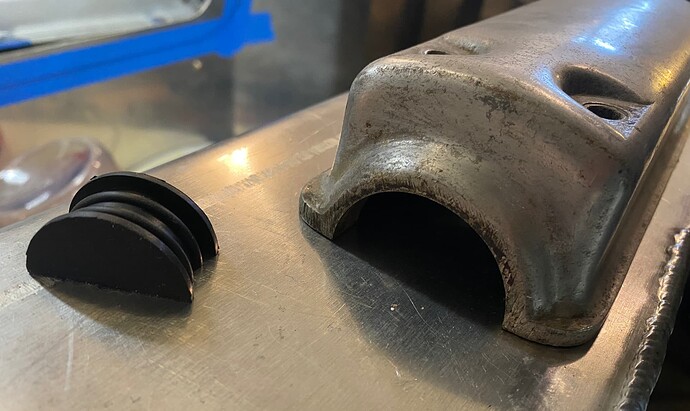 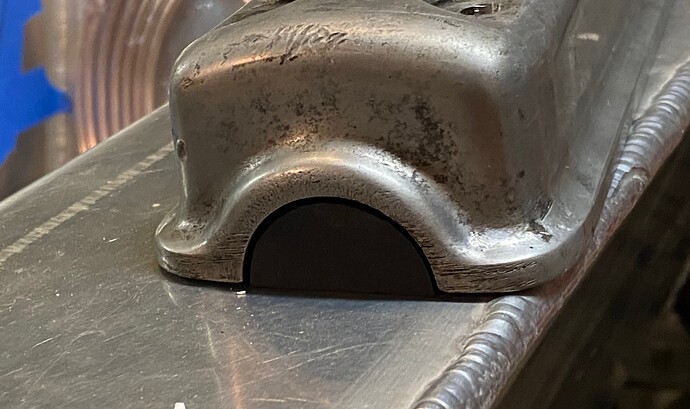 This is the style on my car. The sealing part that the sellers have is actually semi circular strip, that fits over either a round aluminum end cap, or an oring that fits over the tack drive, depending on which cam side you’re talking about.

Doug,
What type of Jaguar did the cylinder head come from that you going to put these camshaft covers on?

I believe there was a blanking plate for the camshaft hole, where the tach generator was on some Jag engines. 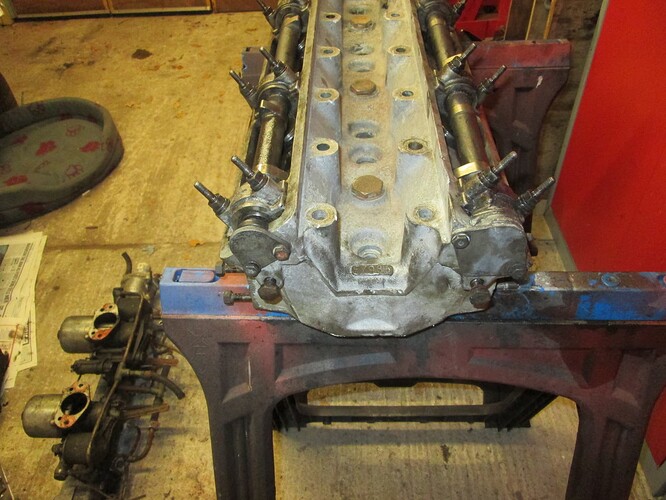 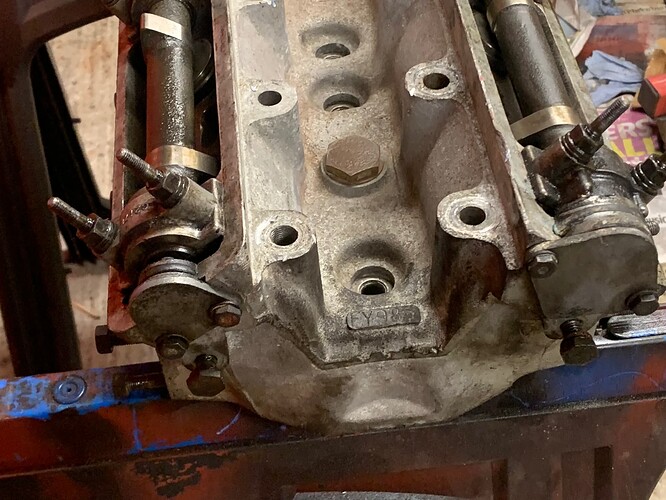 Hi Doug…im also building a replica C type. …there is a Replica section forum here on JL…Its a common issue for replica builders…you could machine up an ali half moon section…hand tools will do it…and a smear of sealer. …or cut your own half moon from rubber…or you could make it look more original by creating a look a like tack generator with a short length of drive cable comming out…are you also fitting oil breather outlets…Steve 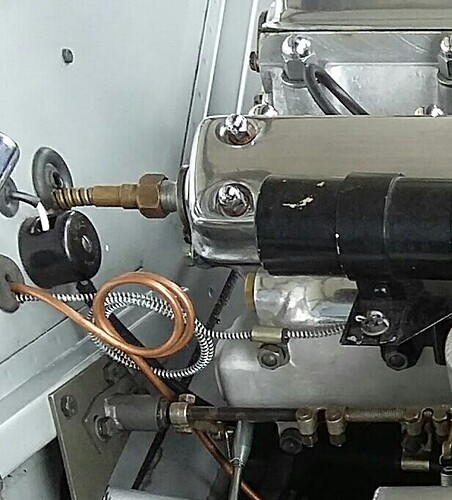 I believe this is what your’e talking about. My 3.8 with mechanical tack drive 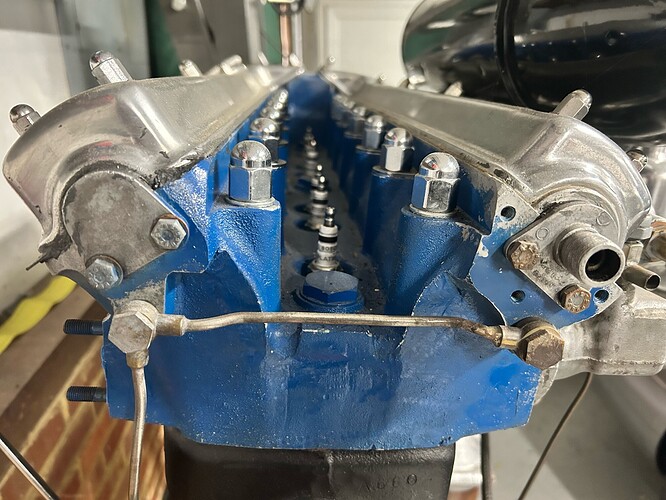 The mechanical tach drive and the tach generator have a different OD.

Yes they do. My MK9 garage find had an old 3.4 engine with mechanical drive. So my rebuild engine would match the car I believe I used the valve covers from the 3.4…
Pat H

That may be true, but the OP, Doug Maxwell, needs the larger one, if indeed the head he is using has the larger size cut out for the tach generator.

If you can’t find one it would be simple to make. It’s on the back of the engine out of sight

Thank you guys. I did indeed end up just making one. I remembered I had a bunch of rubber engine mounts left over from the engine swap I did with my 57 Chevy. It took a while, but I carefully cut and carved a plug. Not the prettiest thing, but it’ll do the job. 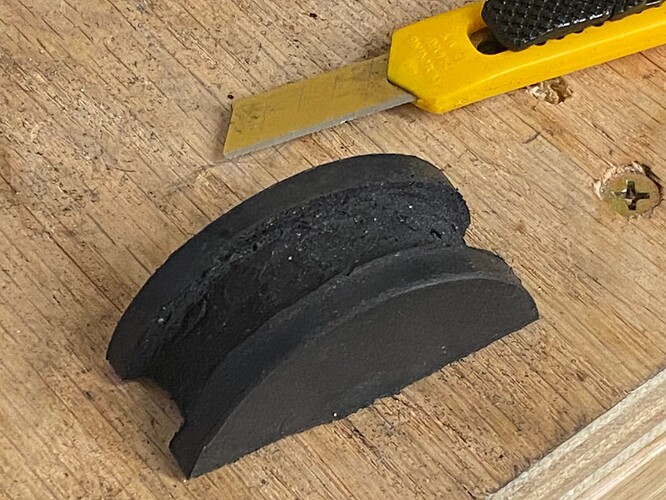 Looks good from my house!

Back where it is, no one will see it, if it doesn’t leak oil… Perfect job!

I have two rules for cobbling up things like that:

Corollary to the second:

Tell them when they have their own Jaguar…They can do it any damn way they want!