I have some air in my brake system due to a botched plan on replacing the piston boot and square o-ring.

Does anyone know if the PDU or WDS can purge the air?

I have a PDU, but not all the cables, so I can’t get far enough to find out before it asks me to plug in a cable. I haven’t tried the WDS, but I don’t recall seeing an option in there.

The Teves IV system, with the triangular fluid reservoir, doesn’t require anything special to bleed. There is nothing in the workshop manual about using the PDU for anything other than trouble codes. The manual says to use a 15 psi pressure bleeder, and bleed starting at the farthest corner, if you did caliper work or are flushing the system. I used a self made pressure bleeder this past week, and had no issue bleeding them after changing all of the flexible hoses.

Here are the procedures for bleeding, depending on what you are replacing. Again, these are specific to the Teves IV, after the 1995.25 model year update. Do NOT use for the Teves III. 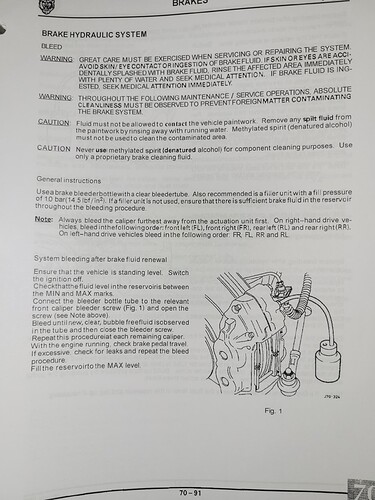 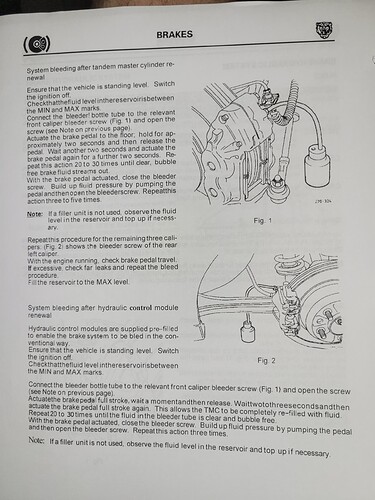 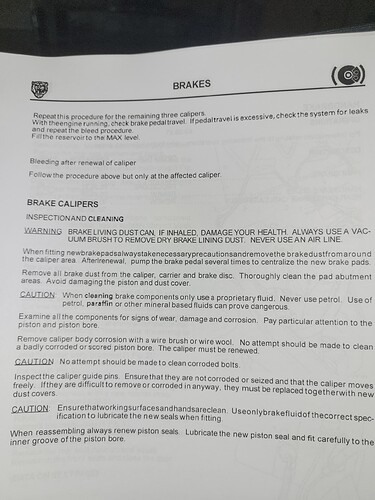 Which cable number is it asking for? I can loan you it if I have it.

#5, the purple one, but I think I’m in the clear, based on jal5678’s response. I thought once the ABS got air in it, you needed to run the system using some kind of Teves software to actuate each of the solenoids, in some specific order of events to purge the air in the system…but apparently not?

Thank you for your kind offer.

I believe I’ll be replacing the front two calipers with rebuilt calipers in the future. I haven’t done this before, so I’m not sure what to expect.

I assume I’ll clamp of the hose on the side I’m working on, then do the replacement work, then have someone work the brake pedal, as I continue to add new brake fluid in the reservoir.

I’m not familiar with #5. I thought they were all 4 digit numbers. I do have a purple one! But there’s also an entire Teves break out box. NTL1991 said it’s this one, which hooks to the VIA which might be the purple one…. The PDU plus the VBA plus the VIA plus this box really strains the P in PDU 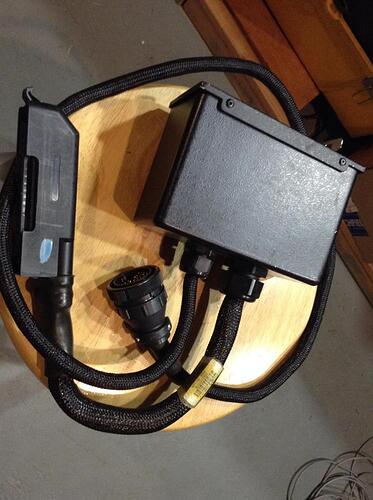 It was asking for 0024, I just focused on which port the cable was plugging into.

I now realize I should have plugged in the OBD CPU wires. I’ll get to that later…