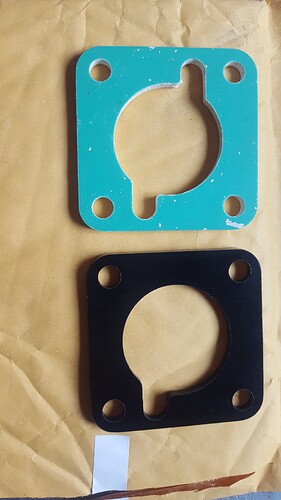 20210724_1409471836×3264 316 KB
I am installing new insulation blocks on my 1970 E type with Zenith Stromberg carburetors. I have two types of insulation blocks from my supplier. See picture. The one with the two cut out holes is listed for use on a series two or series 3. The one with the single cut out holes is listed as a new part specifically for the series two. I plan on using the single cut out block. It can be put on two ways, one way it appears the cut out lines up with a hole that goes to the bypass valve assembly???, if I turn it over the cut out aligns with the choke assembly??? I haven’t been able to find a clear picture from parts books to see the correct orientation. Any suggestions? 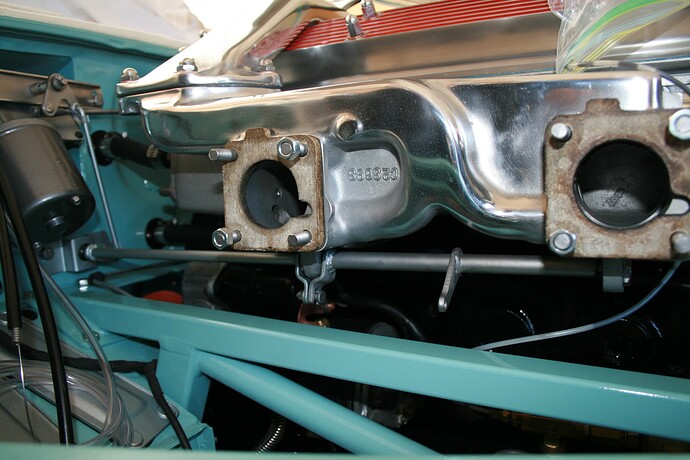 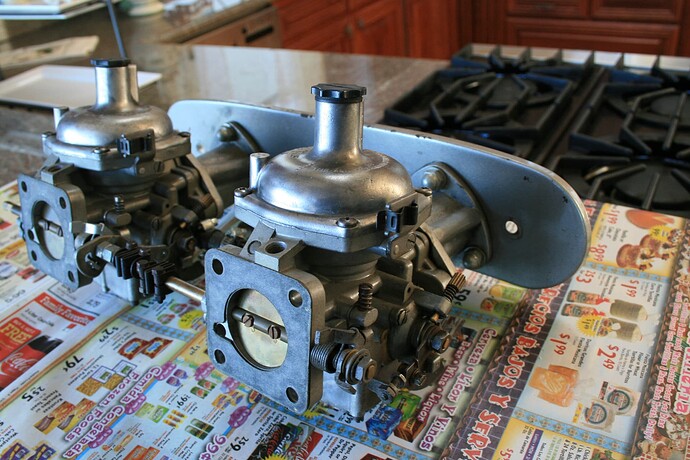 Russ, also, if you are using the secondary throttles, the thickness of the insulator blocks/gaskets is critical. As I understand it, the S3 blocks are .225 inches thick, the S2 are .200 inches thick. And the S2 may not be available. Either way, you want to ensure that with throttle close, both butterflies are to be closed, and when floored, both should be fully open.
Tom

Or, just disconnect and prop open the secondaries!

Thank you all. I did install them as Dave showed in his pictures. That was the way they were installed as I took them out. Just needed to confirm it was correct. I took the secondary throttles out several years ago.
Took the car out for a test run after installing the carbs, running great! 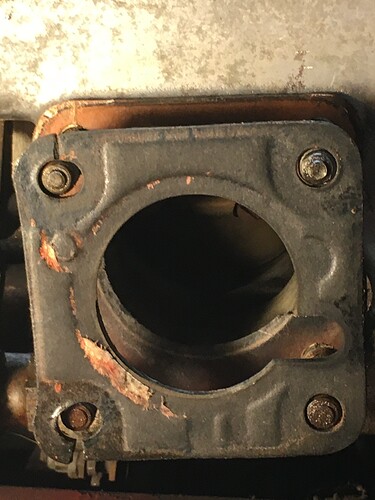 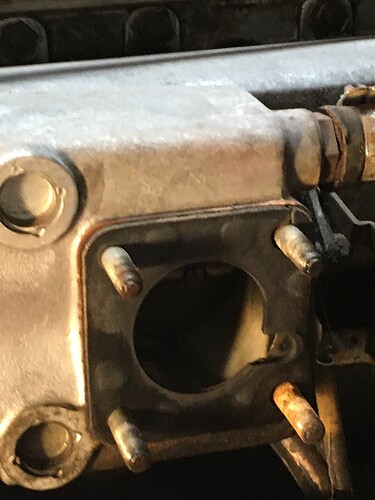