Hi - I’ve got to remove the panel with the sunroof control to swap out the mirror and its electrical plug - what’s involved in removing the panel without damage?

Not sure if your 94 is same as my 92, but I popped off the panel to install a keyless remote system a few months back. Mine has a large plastic slotted screw at the rearmost side of the cover. I turned it 90 degrees counter clockwise to release it - note it’s not supposed to be removed. Then just pull the panel down from the rear side. There are metal spring clips on right and left sides that hold it up there. If you can’t get it to budge, the plastic slotted screw may still be engaged. There will be some resistance from the left and right spring clips, but should be easily overcome. The panel is “hinged” on the front side, but the halves of this “hinge” slip apart when the panel is lowered. When fully released, the panel will hang by the wires to the assorted switches and lights. There is nothing heavy mounted on the panel.

And a word of caution if the overhead console lights are on. They are extremely warm.

Thanks Rog, I have the large slotted bit there too so i guess it’s the same as yours - thanks a bunch, looking forward to fitting my replacement self dipping mirror as my original doesn’t seem to activate any longer (no green light when jerk with hi-beams rolls up behind)

I really like those “smart” mirrors. I’ve had them on other cars - my Jag doesn’t have it though.

Haven’t been out to the car today so all good, will get to it next time …I think the auto-dimming mirrors might be a late model thing?

If it isn’t the mirror acting up, might be fusebox time again …

Looking at the part number it appears that the same rearview mirror is used on all the XJ40s. No electrical connections.

A word of caution … place a towel between the mirror and the windshield when you pop the mirror to remove or reinstall it (it’s held in place by a spring clip) or it might hit and crack the glass when it comes loose. 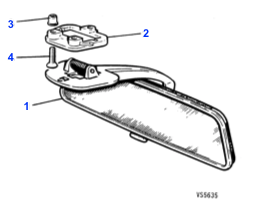 Not on the late cars Groove, the mirror systems on my DD and parts car are the electrical type and self-dimming. Also, they clip to the windshield through a mirror mount glued to the screen. There’s a sensor on the back of the unit, facing toward the windshield.

When the mirror senses a bright light behind, a green led glows on the RH side of the sensitivity slider.
Mine used to work ok, at least the green LED lit up, not sure if it actually dimmed or not (!) but now I don’t see the LED do anything and pretty sure the mirror doesn’t activate.
The parts car unit only has about 1/3 of the miles on it so crossing fingers swap over works out.

As I write this I just thought of something …

I have to check on this …when I noticed the green LED not activating last week, it was still daylight but pretty late in the afternoon, raining and pretty grey all over …a truck with those super bright headlights snuck up behind me with his hi-beams on and I expected the mirror to activate …but now that I think about the position of the sensor, looking forward through the windshield - it’s threshold is probably triggered in low light , i.e. nighttime so MAYBE it doesn’t activate in daylight and MAYBE just MAYBE there’s nothing wrong with it, it just wasn’t dark enough to switch it on!

Will have to go for a spin tomorrow night and see!

Thank you for correcting me on the mirror.

I took my information from the Jaguar classic website that showed the same rearview mirror being used through VIN 708757. Since your car is VIN 701729 it would appear the parts diagram is incorrect. I’m really surprised because that’s the first time I’ve seen it wrong.

I edited my original post to correct one thing and to add a bit of detail. But it sounds like maybe you won’t need to do this work. I’m hoping you upcoming nighttime trial reveals everything is as it should be! I remember the mirror on one car I had that had this feature wouldn’t adjust until some level of darkness had set in. As I recall, it had to be fairly dark, though not complete nighttime.

The parts catalog can be a bit amiss when it comes to late '94 cars, Groove.
A couple of things come to mind, the breather hose from the cam cover, no part # listed or if listed, wrong part …funniest was when I dropped a dime and phoned them to order new cam cover screws asking for 13, but they refused to send them to me insisting the cam cover only needed whatever it was, seven or something. Parts guy had a biblical adherence to the catalog!

Bought some allen head ones locally, easier than arguing with the parts dept. plus much tidier and of course didn’t have to be shipped from the UK. Parts car supplied the unobtanium breather hose.

My trust in the system is shattered. Other than my wife and my neighbor’s dog who can I now believe 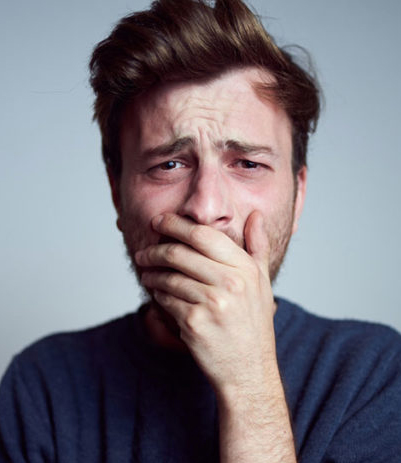 I’m hoping you upcoming nighttime trial reveals everything is as it should be!

Due to my first cataract surgery a month ago, (plus the covid thing of course) my night driving of late has been sporadic to non-existent so haven’t been able to check the mirror functionality til tonight.

Seems like I dug out the spare unnecessarily as the mirror works fine; obviously the sensor only turns on the auto dimming function if it’s dark, like not twilight …full on nighttime only. PIA sometimes.
I’d rather have the manual “flip” button - more effective IMO.

Back in the early 1990’s most, if not all cars used incandescent orangey headlights. Easier on the eyes for sure …who would have guessed the stark blue-white headlights of today would become the norm.

Larry, I’m glad your mirror is working properly and you don’t have to deal with it. My base model is pre wired for the VDP self dimming mirror and also for the rear passenger reading lights. I thought about replacing the mirror since the glue started seeping out from behind the glass. I don’t know if this happened to anyone. I blame the hot Florida days and not having a garage. 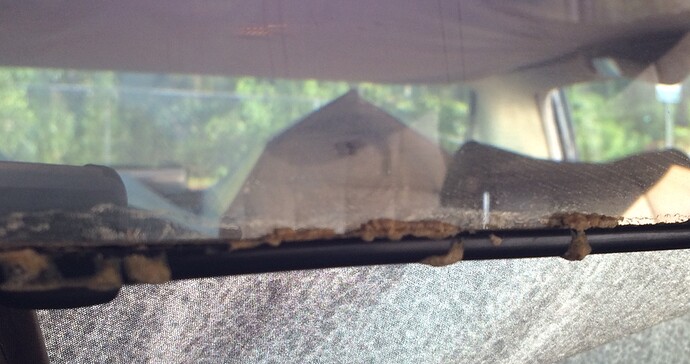 Glad the mirror is working as designed, but unfortunate it isn’t completely satisfying. I agree today’s bright white head lights just seem too bright. I can’t tell you how many times I’ve flashed my high beams at an oncoming car only to be flashed in return.

My wife drives a 2019 Honda that has automatic high beam on/off. Another convenience feature that sounds good on paper, but is less than satisfying in practice.

That looks kinda sick Joe, sick in the old sense of the word, that is!

Time to get another for sure …the only issue I have with the self dimmers is that you can’t dip the mirror unless it’s REALLY dark, where with a manual one, a flip of the switch and you’re done.
I guess even with a sun shield, parking outside in Florida the insides of the cars get pretty hot - and as I recall when I was down there, you can’t park under a tree for shade because the car might get bombed with coconuts, right?

I see in the pic your rear high stop-light is suffering a bit of slippage too - get some of that “the right stuff” - it’ll fix it!

Yes Rog, the brights issue.
No good for old codgers like me but I guess we aren’t really the market for new cars so much anyway so as usual, we get kicked to the marketing kerb!

Tomorrow I have my left eye cataract surgery which will sure help with the glare. Over the last month I’ve tried closing one or the other eye and comparing tolerance to the bright headlights …it’s way better on the “fixed” eye …glare maybe down 50% and no “haloing” - so after tomorrow I’ll feel like I’m physically 200 yrs old with the eyes of a 5 year old!

Haha. Good luck with the procedure. I’m on my way to needing same, but am deemed not bad enough yet. So, I guess I’m approaching 200 years old with the eyes of, well, a nearly 200 year old!

Thanks Larry. I was gonna do a site research or ask someone about the adhesive I need for the center brake light. It’s still holding though.
Coconut? Maybe but other things might also fall on the car. So parking under a tree is just a half solution. A garage is always the best. My community won’t even build a carport.