Changing upper chain and sprokects to get rid of "the noise"

Hello folks - I’m considering changing the upper timing chain and sprockets on my '62 MKII - The noise its making certainly seems chain-related as I can change it depending on chain tension, but not eliminate it - it tends to change pitch and occur at different RPM depending on how tight or loose I make the chain.

If loosened: Noise is gone at idle, but you will hear the rattle at higher rpm and on overrun, when you let off the gas. Loosened means I can move the chain with ease, with finger pressure, upward off the slipper pad, exhaust side, about 3/8+

If tightened: Noise persists at idle, and has more of a tinkle sound. Tends to resolve at higher RPM, but you’ll hear it on overrun. Tightened means I can flex the chain, with more significant finger pressure, about 1/8 - 1/4 inch upward off the slipper pad, exhaust side.

I’ve also (sort of) verified that the lower chain tensioner is in place, and appears to be working - not the best picture, but looking from above: 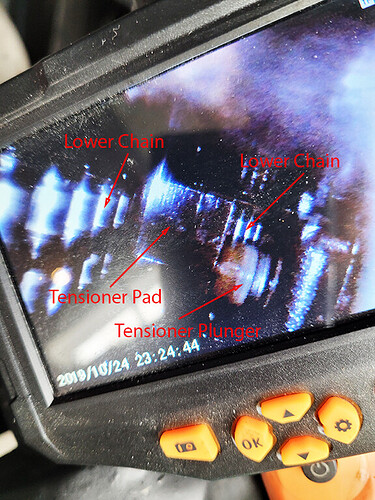 S0 - with that, and the alternative being towing the car 30 miles to the shop, at some point, when they can get to it, I wondered if perhaps the chain and sprockets are just worn, and should be changed?

Looking at the chain and sprockets, and my book -it seems like a fairly basic operation - but I’d like to confirm that A) Its as straight forward as it seems and B) you can change the upper chain and sprockets without major disassembly.

You can change the 2 top sprockets easily enough. You’ll have to use a split link chain, winding the new one on as the old one is wound off.
You sure the dampers are ok, and the bottom chain isn’t making any noise?

@wardell So I am not sure the bottom chain isn’t making noise, and the dampers appear ok - they are grooved, and I am not sure if that’s “normal”, but they don’t look as though they are at fault. The noise definitely appears to be a top end noise, and I can change it with upper chain tension, so that’s why I’m focusing on the upper chain and sprockets.

The sprockets aren’t usually a problem, unless the teeth are so worn they appear to be hooked, and you can’t change the intermediate sprockets without stripping the whole lot down.
Are the dampers ok? Most top chain noises can usually be cured by tensioning, unless the rubber has come away from the damper.
It’s just that I had a similar problem on my MK2 years ago. I renewed the top chain, and the noise was still there. It turned out that hydraulic damper feed was partially blocked and not applying enough pressure to the lower chain. The car had done 80,000 miles, and although there was a bit of wear on the chain, it was the damper that was the problem.

Get someone who knows these engines to listen. If you want a silent engine buy another car. If you have a bag full of nails to deal with, rebuild it. In between is something or nothing. Given that the difference between your version of tight and loose is only 1-3 sixteenths of chain slackness it’s likely not terminal yet, but doing the job properly needs the head and timing cover to come off if you want to be certain of curing any rogue timing drive issue. The guides should not be heavily grooved but some marking is OK. The chain can eventually touch the lower end of the two upper guides if the rubber wears enough to let the chain touch the steel bracket at the base.

I have a problem with the chain supposedly behaving differently on the overrun, as this is not like a motorcycle drive chain that slackens on the opposite side on load reversal. The change in other noises may alter the audibility of the chain amongst other sounds durinf overrun, but the timing drive always pulls the same direction against spring forces whether the crank is driving the car or being forced round by it. The crank sorocket doesn’t know the difference.

I’d set it between your two extremes and forget about it for now, unless someone knowledgeable who can actually hear the noise tells you different.

I had a slight top chain noise, found this when changing the oil pan! chain good, tensioner good, 80,000 mile series3 XJ6 engine going into my Mk2, 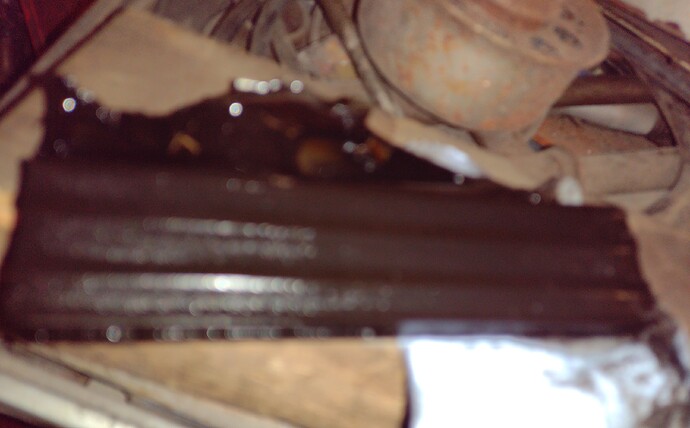 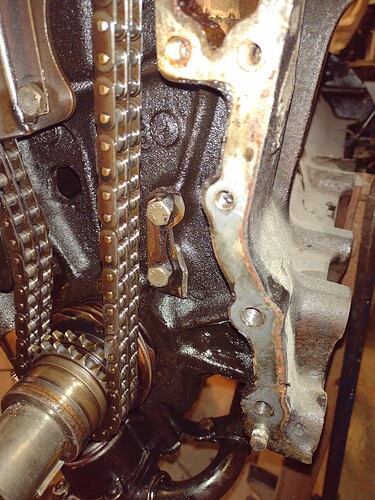 Yikes. Well I hope its not that! I really believe its upper chain.

I did not change sprockets or guides.

The car underwent a fairly complete overhaul at some point in its life - this included all new interior, presumably body work as / if required and a complete repaint from Red to its current opalescent gunmetal / silver - and the paint job seems properly done - you can’t tell the car was ever red except up under the dash and a scrape inside the trunk - even the engine bay was painted…which brings me to the hic-up. The engine in this car, is very very likely NOT the engine it rolled out of the factory with in 1962.
Based on the numbers, the engine is a correct year engine, but the body and engine were some 9 months apart - so very likely the engine was changed, and there’s no data plate.

So, 79K on the car - but the engine, who knows. You could think that nobody goes through all the expense of a refurbishment, and a full body repaint, only to dump in an old tired engine - so surely they rebuilt it…but…I’ve seen stranger things.

So long story short - can’t say how many miles are on the engine.

Today however I was able improve things, somewhat. I basically went back and forth, one adjuster tooth at a time, and noted how things changed. I started at super tight, as tight as I could make it (still had a little movement in the chain, but I was literally using as much force on the adjuster as I dared) here is how things went:

Tightest - No sound at idle, but made a odd whirring sound off idle, that got louder with RPM. Sounded like a chain that’s too tight, and probably was.

two teeth relaxed: No sound at idle. Whirring sound gone. Does make an intermittent chain rattle at higher RPM -present, but not loud. I’d estimate it comes in around 1500 RPM, or so.

Three teeth relaxed Similar to above, except an occasional sound at idle. Same as above at higher RPM

four teeth relaxed clearly audible chain rattle at idle. tends to fade at at higher RPM, but still there.

Based on this, I moved it back to two teeth and left it there. I forget why I didn’t pick “one tooth” from tight, but must have been a reason. So its still not “right:” but it is improved. I guess it still needs to go into the shop -but at least its not clanging away like it was before.

It’s not unusual for the engines and bodies to be some distance apart in time. That is, the casting date on the block can be many months from the manufactured finishing date of the car. My three cats are like this but all tally on the Heritage sheet. I understand it was practise to “normalise” the blocks by leaving the stand for months before machining and fitting.

The only other thing I might suggest re chains - is there an oiling problem? Within the recess where the tensioner attaches there is an oil “gauze” filter - like a tea strainer. Given this and the small hole in the tensioner pad, it is possible to get some blocking of flow. Paul.

I realise the photo isn’t flash, but t my eyes that plunger looks a bit weird, like it has some kind of step in it (never seen one like that), but also looks a fair way out if it’s not done many miles since reco?
Does the bottom chain feel tight with a long screwdriver?

Looking at it again, is the tensioner properly centred? Might be a trick of the light? Paul.

Yea, in my case though its the body that came first. If the engine came first I’d say it was possible the engine sat for 9 months, or perhaps went back for Q&A, then got put into a body. BUT…in my case, the body was built in April and the engine, by the numbers, would have been late December or even January the following year.

As for the tensioner - the image there is a picture of a picture, and the picture itself from the boroscope isn’t great to start with. If you ask me, its good enough to show that the pad is in place, and in contact with the chain, but otherwise I don’t think the picture is diagnostically relevant. The centering thing is a trick of the light, as you suggested - here is another image I took at the same time, shows the pad a little better: 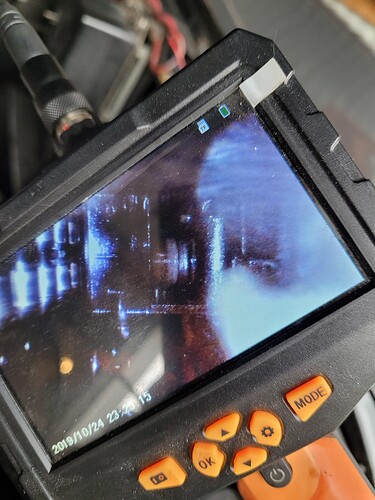 The upper chain adjustments certainly alter the noise, and change both how and when it makes noise, including eliminating it entirely but replaced with a whirring sound (too tight). So my feeling is perhaps the upper chain just needs replaced. Certainly could be an oil issue and such, but no good way to test for that. Oil pressure itself is excellent.

@Dunners_Dave: I’m not sure how many miles the lower chain has seen. I know the head has not seen many miles, but chains were not replaced at that time - so its unknown what the mileage is on the chain system - Sprockets however look ok to me.