This is a new piece from Barratts . To me it looks wrong . Any ideas ?
Thanks Jim 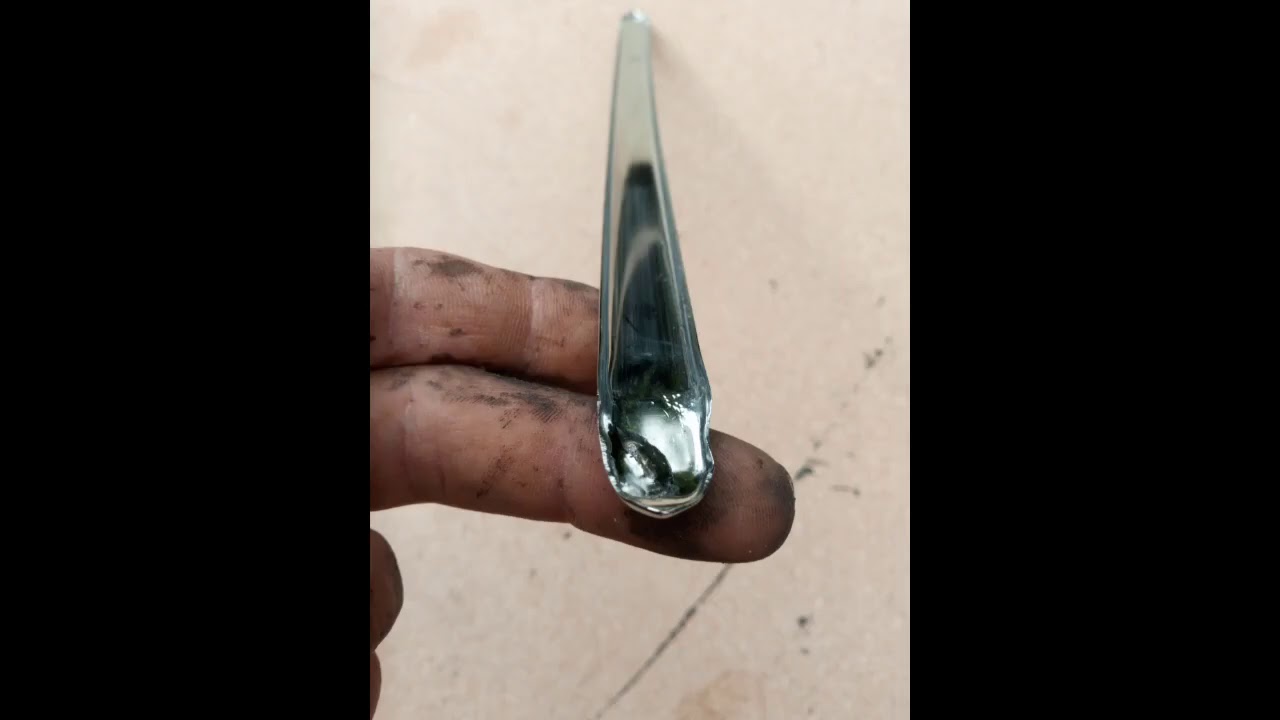 Hi Jim ,
for me it looks like a chrome trim at the innerside of an E-Type door .
Martin

Look similar to what mine was on a XK140 FHC. I had to use a sealant on the back side and then taped it down in place for a few days.

Pretty sure it should be a ‘C’ shape Jim.
Here is a photo of my 140 FHC with what I believe to be the original part. Not a great photo but it shows that the sides are definitely not straight and the edge of the curl does tuck into the slit in the rubber. 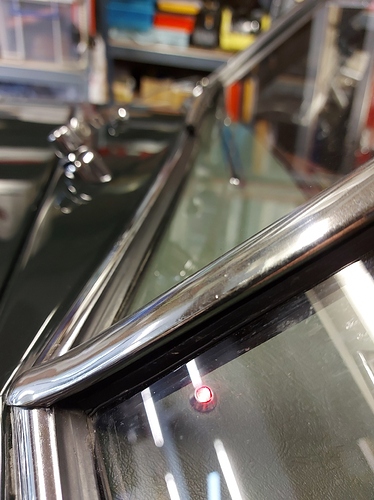 I recently bought from the same supplier a pair of demister escutcheons which as can clearly be seen in the attached photo need to follow the curve of the dash top. Although well-made and finished they were dead straight and would not bend even a little without risking a kink so were effectively unusable. The originals although a little worse for being removed and re-fitted a few times had to be re-used. 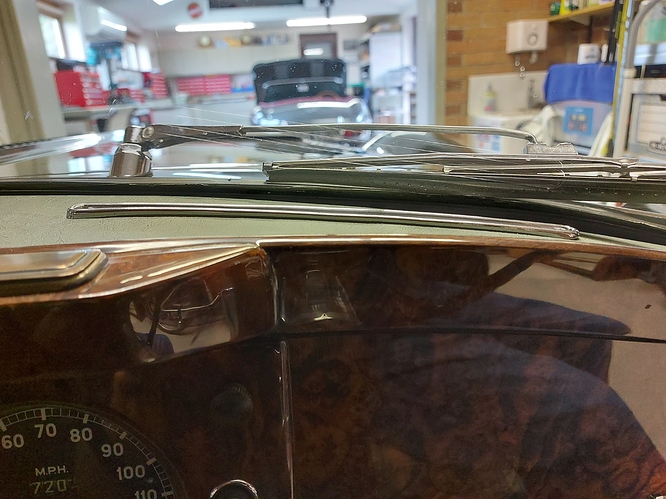 This raises several interesting question which I’m sure will have been aired before.
What is the quality process utilised in the manufacture of pattern parts?
We must surely assume that the proposed supplier is either given a known original part to copy or an accurate drawing. If so, then what happens next?
Does he supply a sample which is approved even though its different because :
It’s a cost consideration, in this instance making a saving by utilising a simpler tool omitting the curled bits, thus making something close but at a price that the average restorer will pay.
Or perhaps these parts were re-manufactured many years ago before we became a little more discerning.
SNG Barret are a great company that I use almost exclusively and have immediately refunded any item I have not been happy with and perhaps we should be grateful that previously unavailable parts are being re-manufactured at all.
It is never the less annoying when receiving a part which could so easily have been made right but is just a little wrong.

Thanks for the replies
I have sent the video to Barratts for their comments . Will keep you posted.
Jim

If it wasn’t chromed we all know you could fettle it into the proper cross-section, Jim.

Following Jim’s useful exposé, I will order this part, which was the only missing part of my car when I bought it, and see how it fits. If I can modify it, I will do so, then it can go off with all the rest of the parts needing rechroming.

I have forwarded the video back to SNG for their comments

Jim, do you think the part could be tweaked to fit better around the rubber, even if it were to damage the chrome? I’ve ordered one from SNGB, but I see Coventry sell one as well at roughly the same price.

You probably could modify it with risk if cracking the chrome.
SNG just phoned me and sort of acknowledged it wasn’t right but they have sold 14 this year and I am the only one to raise an issue . They still have 5 in stock which they will continue to supply . They will try to correct it on the next batch in 3 months time . I have some stainless Wich I will see if I can make one ,or glue on the one supplied.

Thanks Jim - having ordered one, I don’t suppose they’ll honour an exchange once the next batch comes through… if mine turns out to be problematic I’ll contact them as well. Which it no doubt will.

Folks, I recently purchased some other XK140 pattern parts from SNGB which were also sub-standard - i.e. they did not fit/function as they should. I complained and returned the parts for a full refund. I also spoke with one of their buyers to express my disappointment and enquire as to why they were not periodically checking the quality of remanufactured parts against an original for form/fit/function prior to advertising for sale. If I’m honest I’m not convinced that my message got through… J.P.

If enough folk point out their shortcomings, they probably will listen eventually…

Home made version in stainless and no glue ! Made from 0.4mm stainless (casing from a microwave ) . If I can find the other I will take it back . 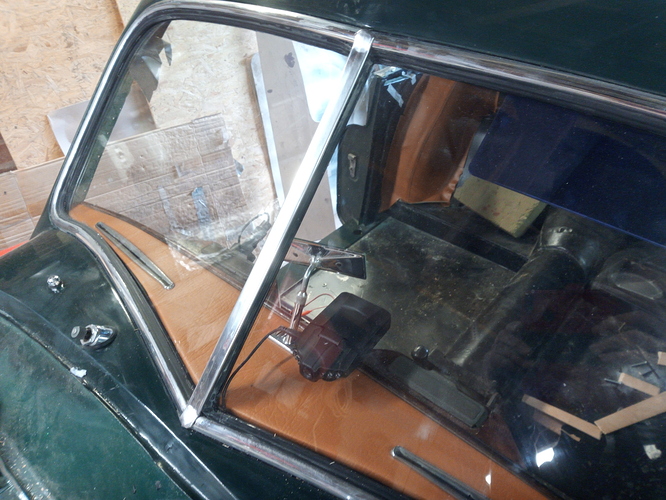 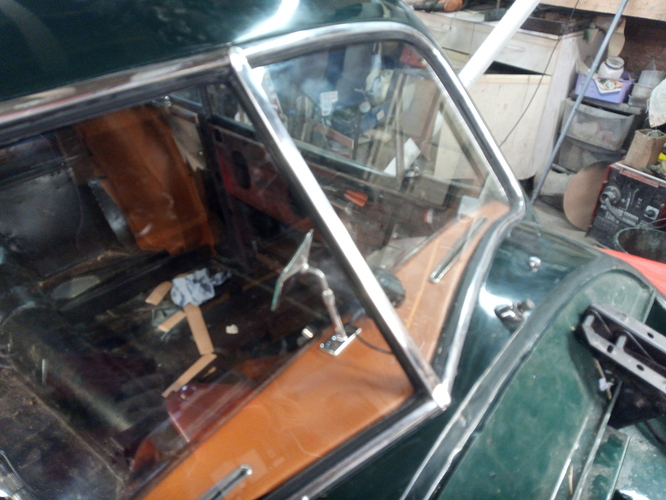 Amazing! Clocks, windshield trim, is there nothing you cannot do?

In the 80’s I worked on and off in a shop that restored V16 Caddies and Duesnebergs as well as other rare hand-builts. You’d be amazed at the liberties that are taken when something like trim, dash knobs, the correct engine, hub caps are nowhere to be found.

We’re spoiled these days and still complain when the “H” on the repop heater knob isn’t quite right.

Jim is doing what has to be done. Make it yourself.