Just as well you ordered the flex line, I’ve had it collapse internally and block fluid flow.

I’ve always thought r & r the clutch mc to be one of the most difficult jobs on an E. It’s the d!!##@@ clevis pin and split pin down in the footwell. Of course it was easier when I was younger and more, ahem, flexible.

To make it somewhat easier next time, I use hitch pins in place of split (cotter) pins: 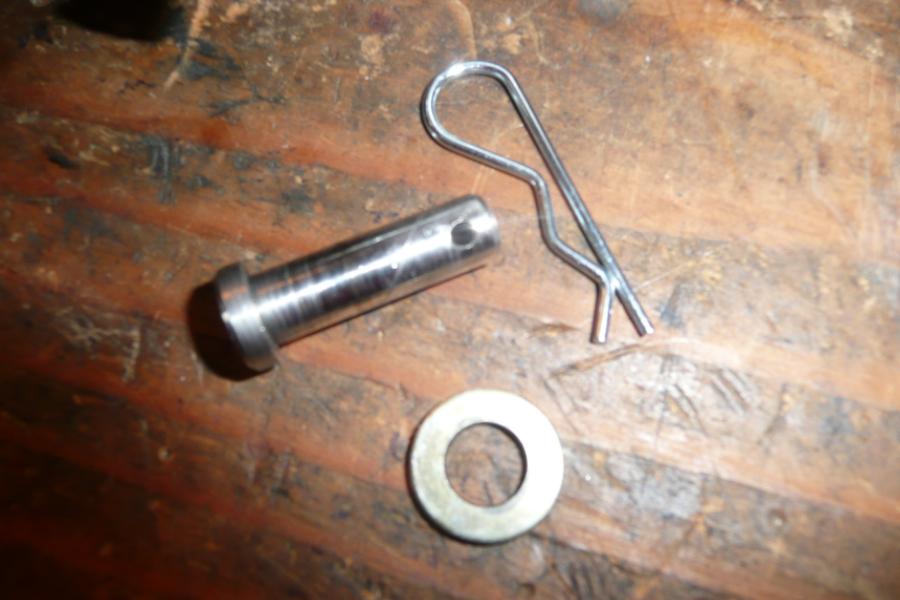 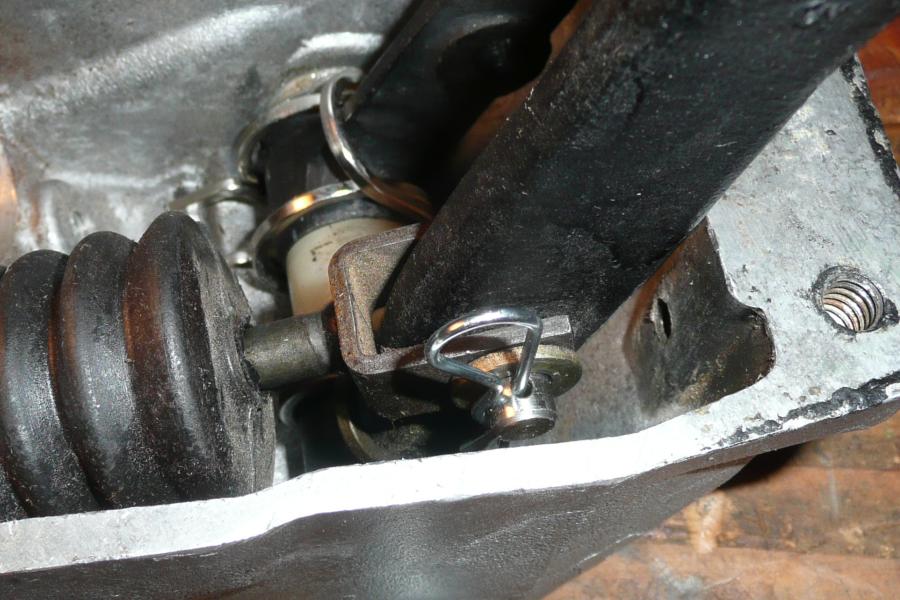 Yeeeeesh. That looks like there is plenty of room to work around in.

Sure, except the access is tighter when the pedal box is still installed (due to the size of the sheet metal opening): 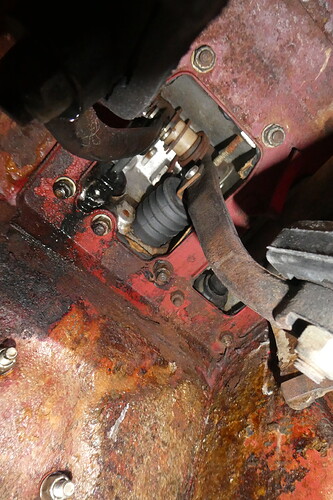 And, of course, you’re lying on your back, in a cramped space, working in the dark.

You’re not making this look any more “fun” with pictures like that. LOL!

It’s the opposite of fun. I removed my seat to have one fewer spinal contortions. Heaven help you if you don’t have someone nearby to hand you tools. That’s not a position you want to get into and out of more than once.

Probably an update that nobody really needed, but both the slave and master cylinders needed to be replaced.

The slave cylinder ended up being accidently easy. The top stud came out of the housing with the nut which took care of the clearance issues that had been described. The flex hose along the engine bay firewall was actually much more challenging to replace.

The master cylinder was pretty straight forward, except for the cotter pin attaching the pedal to the cylinder rod. That was, umm, challenging to remove and less than comfortable. Probably need to take a few yoga classes to work on flexibility.

With both of those replaced, I completed a test drive around the block a few times and it is shifting smoothly.

Thanks for the advice from the forum!

… Which is why when I did that job, I always put them back in with bolts.

I replaced the top stud with a bolt. Zero interest in trying to fight a battle I don’t have to.

Of course, if you are going to use a bolt instead of the stud be very careful not to cross thread it. You think it’s hard to deal with the nut in that space? Try installing a heli-coil…

Probably an update that nobody really needed,

Hey I always am curious as to how a problem came out in the end, as I’m sure most here do as well.

Of course, if you are going to use a bolt instead of the stud be very careful not to cross thread it. You think it’s hard to deal with the nut in that space? Try installing a heli-coil…

I think I saw somewhere that someone had slotted the top foot of the slave allowing it to be slid under a loosed stud nut or bolt. Of course the lower fastener needs to be a bolt but I’m betting it’s a lot easier to correctly thread that one. Anyone familiar with this?

I slotted the top mount on my clutch slave cylinder years ago. Way easier to remove/install that way. No negative impact on any aspect of the clutch function.

When my slave developed a leak a couple of year ago, it was a 30 minute job to remove and replace the seals (I always keep a set on hand)

Thanks @Steve_Williams. I’ll do the same, since my drivetrain is still out the car and easy to verify/clean up assembly using bolts. Having an easily removable slave will insure I never have to remove it. Or does saying it void the policy?

Having an easily removable slave will insure I never have to remove it. Or does saying it void the policy?