Colour of the brake drums 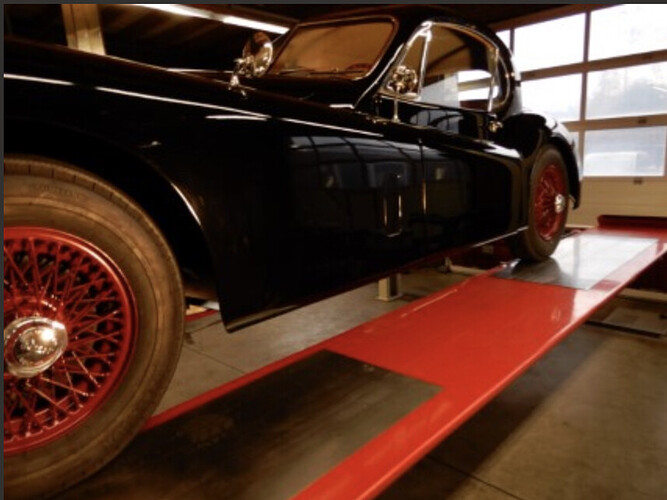 Their black plate is nevertheless black, as you can see. 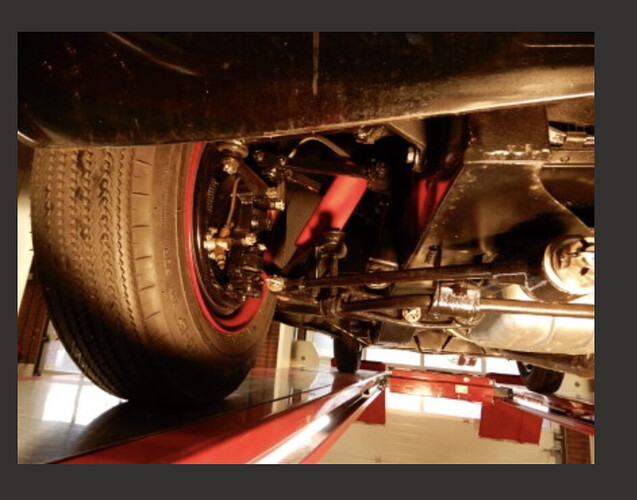 I would rather have the drums all black, I do not quite like the red-on-red effect and my wife will not let me paint the wheels black.

Drums were always black, as far as I know. Best colour for heat radiation, too.

Black they go then… thanks.

I also find it prettier, to be honest.

We are generally agreed that drums were always black from the factory, but that dealers would sometimes paint them body color or wheel color as the customer preferred.
Thus if someone says yours were red from new, it might mean new from the dealer, but not the factory.

This picture from a 1959 calendar was taken about 1957-58, and the car appears to have body color drums. 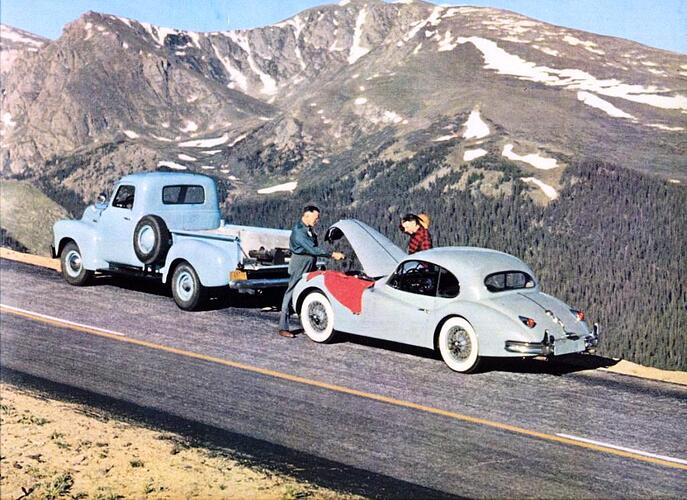 I think I know where that picture was taken!