I’m just about to install the head with a Cometic TJP500 (.059" composite) from Terry’s. But I see the coolant holes are much smaller than the block/head/original gasket. What’s more they are different sizes left to right with no indication as to what is TOP. Can this be right? See below. 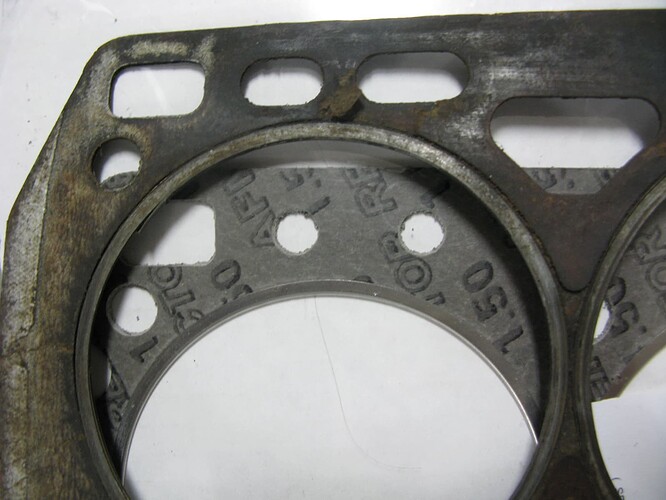 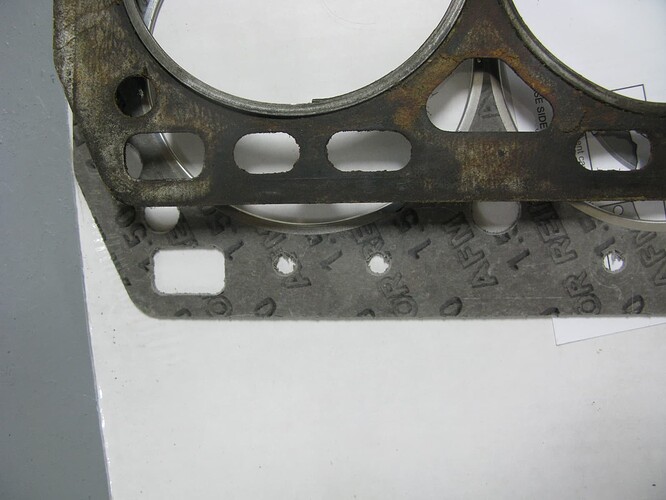 I also notice on the SNG site that the Payen gasket looks original: 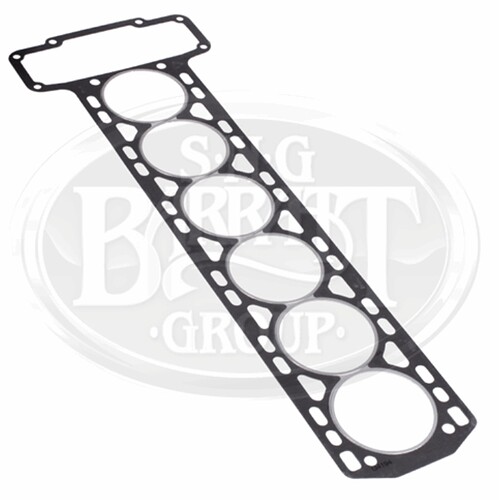 Whereas the uprated Cometic has the small coolant passage holes. SNG does note the larger holes are on the exhaust side, so they must aware of the small passages. 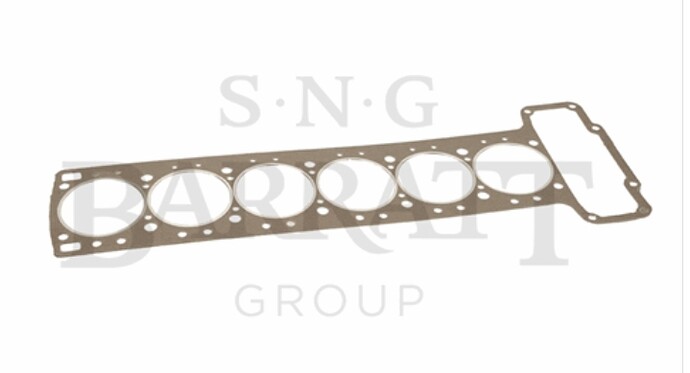 Unrelated but disturbing none the less, the Cometic die cutting quality is awful. There are ragged chunks looking to break free all over it. Additionally, the tiny holes don’t line up with the passages. 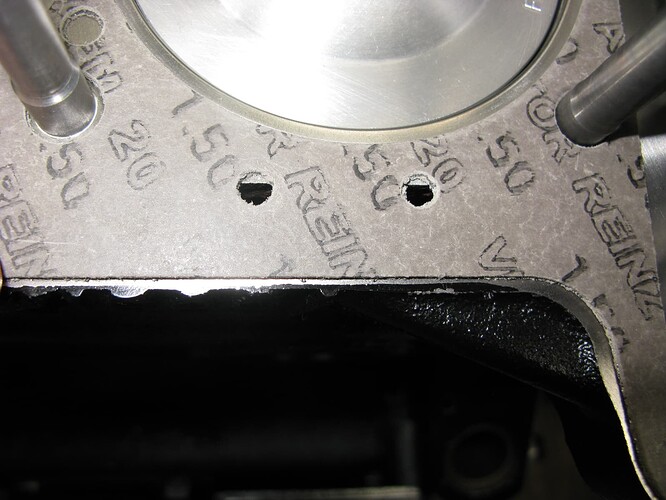 Thoughts? Being Saturday, I can’t call either vendor.

For their price, that is not the quality and expect out of Cometic.

The two sizes of round coolant passage holes has been mentioned before, e.g.

In reply to a message from Ray Livingston sent Tue 6 Jun 2006: Hi Doug, been there and done that with leaking weaping head gaskets. What I did to stop this nonsense was to remove the studs, clean the threads, coat them with Hylomar and torque them down to 27 lbs. Then Bill Terry helped me out by supplying a Cometic head gasket, now there are two versions around, one has triangular holes around the studs (don t use this one as it also leaked) and the updated gasket which has round holes th…

I also recall discussions of the cooling efficacy of the deliberately smaller passages, but I can’t seem to find them in a search. Perhaps they were somewhere besides J-L.

The shape of the coolant passages doesn’t bother me at all: I’ve seen plenty of head gaskets that had round holes where oval passages were before: my complaint is not indicating which side of the gasket is top, and not lining the holes up with the extant passages.

A similar lack of attention to manufacturing cost me finishing the '86 Great Race.

Simple measurements reveal the two small holes vs the OEM holes is an 80% reduction in area. Hard to believe this is OK. But I have a nice sheet metal punch So I can alter if need be. But REALLY?

So I can alter if need be. But REALLY?

Agreed: for the price, one can reasonably expect a gasket to be made properly.

Fortunately I have another one to practice on. This current gasket is the replacement from Terry’s for the one UPS folded in half for me.

my complaint is not indicating which side of the gasket is top, and not lining the holes up with the extant passages

Good point about misalignment. Doesn’t sound like Cometic. Is this their deluxe multi layer steel gasket?

I think I recall that the two sizes of smaller passages are intended to increase pressure and thereby reduce vapourization (cavitation) of coolant within the head passages, and thus its detrimental effect on cooling. IMHO from a memory loss sufferer.

Stating that the bigger passages are for the exhaust side is sufficient for installing the gasket.

That would certainly be my guess, but I tend to not like guessing, wrt to difficult-to-rectify, single-use components, for which I paid good money.

I know that was a typo…but I like it! I needed a laugh.

Hahaha! Coming from Wigs, I didn’t cross my mind at all that it was a typo. “Dingle-use” is so quintessentially Wigsian.

I spent a long time on the phone with Cometic last week and they have NO inventory. Everything is now made to order with 3-4 week delivery. Sure sounds like a company who has moved their production somewhere else.

Edit: Also noticed no country of origin on the label. Another sign of someone moving production to a location they’re not sure of yet or ashamed of. The government penalty is less for a missing COO as opposed to the wrong COO.

Exactly what I was so sure you meant that I didn’t even consider typos!

Also noticed no country of origin on the label. Another sign of someone moving production to a location they’re not sure of yet or ashamed of.

The appearance of that gasket does not look like the quality of the Cometic gaskets I have seen in prior photos. Matter of fact, it bears a great deal of similarity to the craptastic part I got to “fix” the Auburn…

I see a " Victor Reinz" labeled head gasket, not a “Cometic” one. Am I missing something?

I was wondering the same thing myself…??

Hi Rick you could also try a Jaguar dealer if they still offer them. They were under the classic part division. both of my cars have them. The water hole seals are red and yes you will need to trim them as they are for the later XJ6 cars. Very nicely made.

I see a " Victor Reinz" labeled head gasket, not a “Cometic” one. Am I missing something?

I didn’t notice that. It comes shrink wrapped with Cometic instructions and a Cometic decal for your tool box. They must be outsourcing. I see Victor Reinz is part of Mahle Clevite and now owned by Dana. God only knows where anything is made anymore!